On the footsteps of Marco Polo in China

Travelling together with Marco Polo in China...

Let us now forget, for a few minutes, about Venice, its lagoon, its hidden corners... Let us forget about the guided tours in town and about its culture and history in general... Today I would like to take you in a new adventure with MrMarco Polo, the best known representative of mercantile Venice of the 13th century. 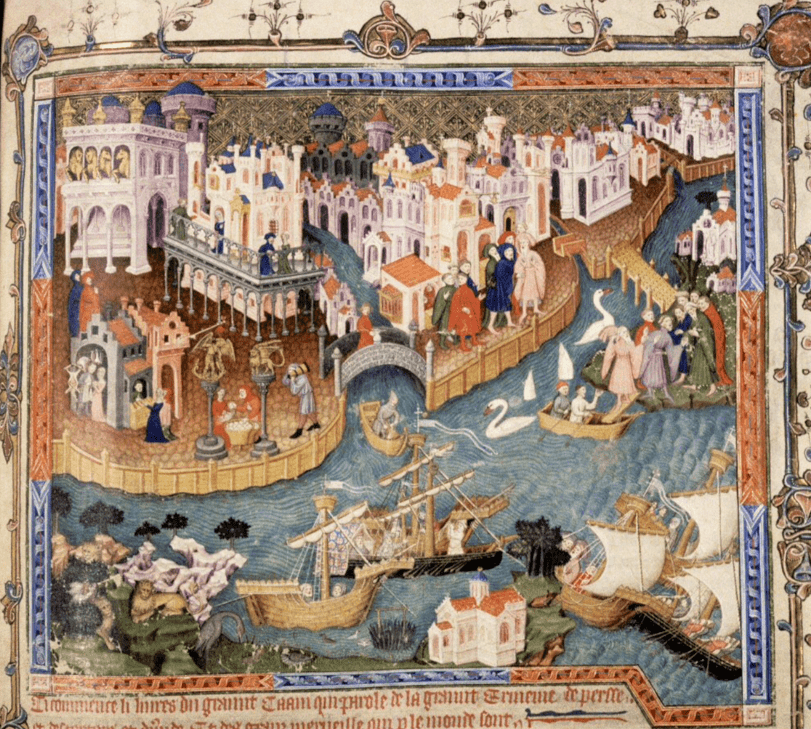 Representation of Venice with St. Mark's Square, the two
columns on the quay, the Doges' Palace, the Basilica¹

This post concerns in fact some of the cities that the famous Venetian merchant visited in China, that were eventually reported in his book, "The Million". Everybody has heard about him, everybody knows that after a long journey he reached China. Reading his incredible book, we understand that he was not only a mere merchant, but also a great explorer, quite curious about all the customs and traditions of the different people he met on his way. We can consider him a modern reporter who informs us in detail about religions, social classes, economy, agriculture, commerce and the various types of goods, kings and relevant people of every single country he stopped for short or long periods. 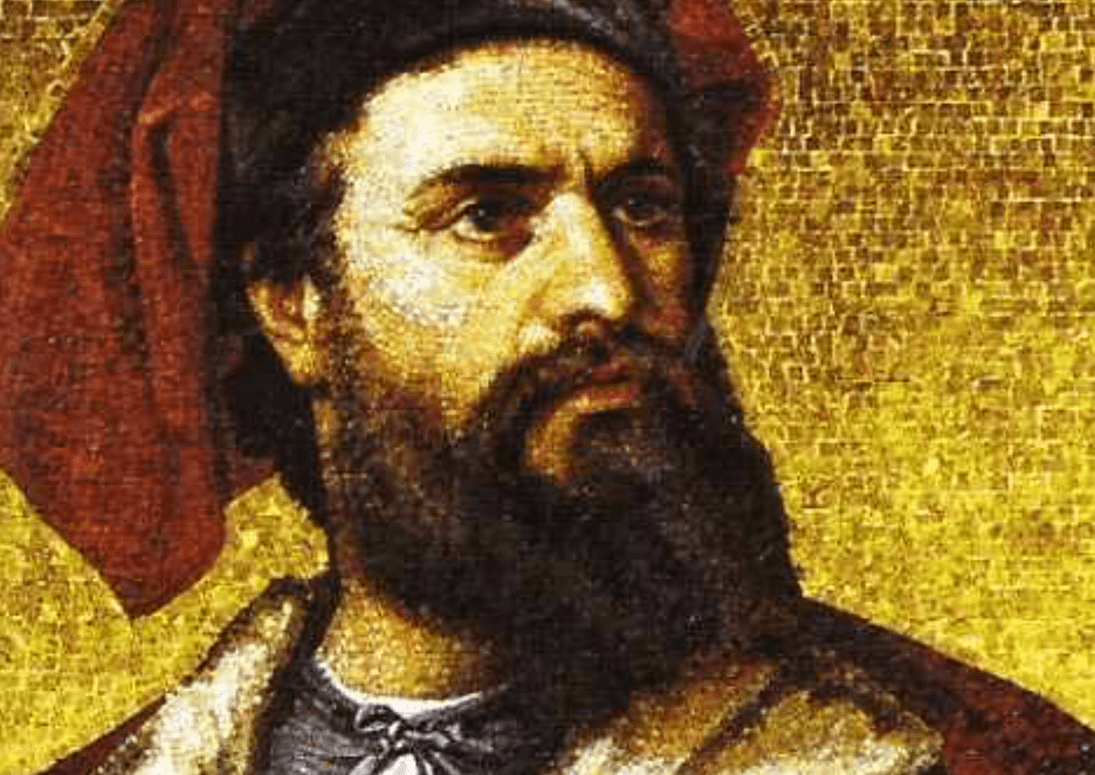 During my last trip to China (August 2016) I visited some of the cities described by Marco in "The Million". I found it interesting to compare what he must have seen in the 13th century with the aspect these places have today. I also used my imagination, assuming that the famous Venetian merchant must have visited some sites in the area, although they are not mentioned in his book.

Ready? Let us start then this journey in between reality and imagination, in between the past and the present.

Marco stated that after 30 days on camelback across the desert he reached the city called Sachion (Sha-Chou), in the Tangut province, today's Gansu (甘肃省): the name of this city is now Dunhuang (敦煌). It belonged to the Grand Khan, which means that it was part of the empire ruled by the Yuan Mongolian Dynasty. The emperor in those days was Kubilai Khan, who met Marco Polo and became an affectionate friend of his. 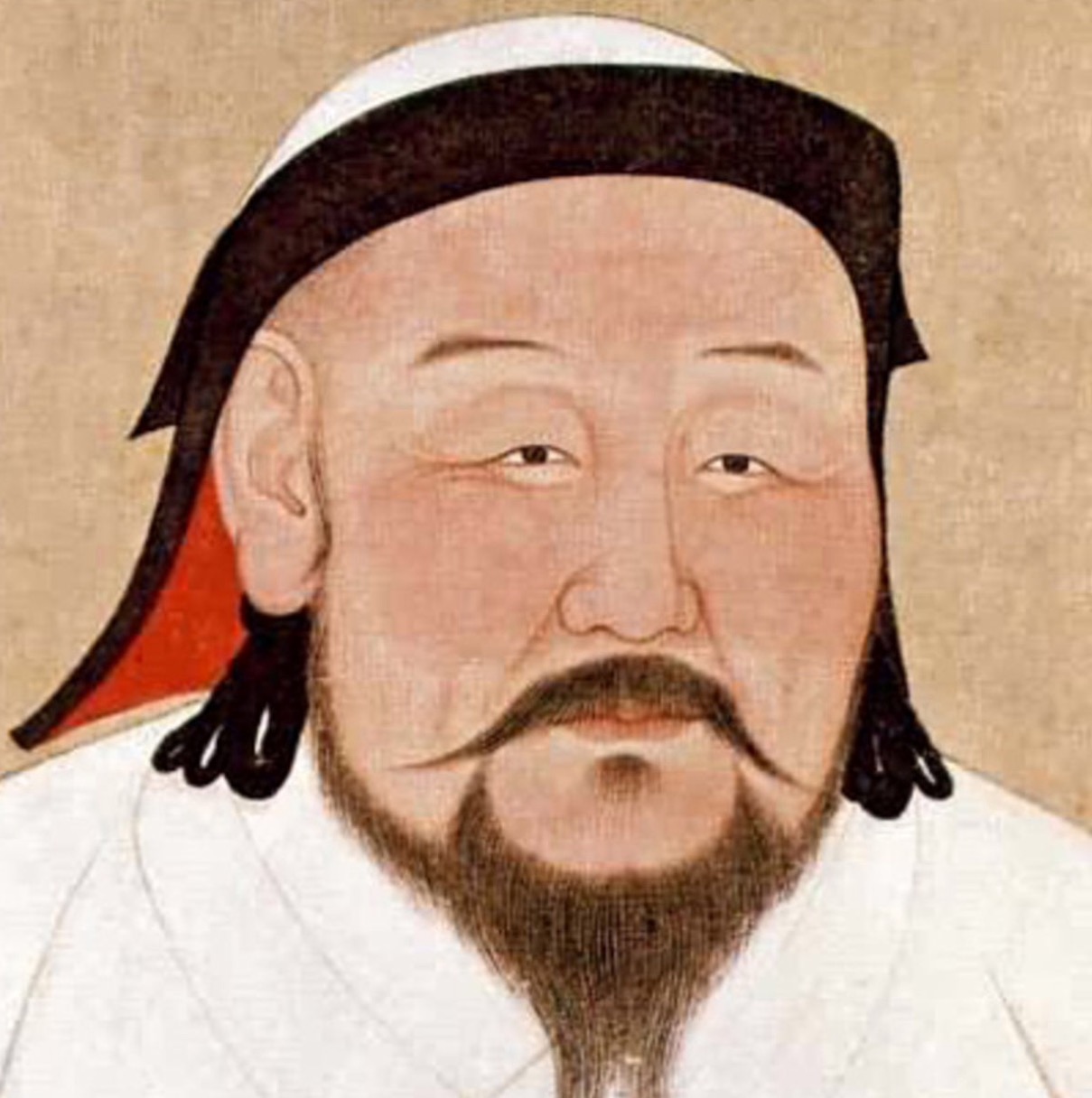 In that desert area there were very few oases, so Dunhuang was a perfect place where merchants coming from the West could stop in order to change the camels and to get supplies. The last oasis for those merchants heading East (and the first for those heading West) was the oasis of the ‘Crescent Moon Lake’ (月牙泉). After having passed so many dunes, Marco Polo might have stopped here, to drink fresh water, to find some shelter from the heat and to let the animals of the caravan rest. 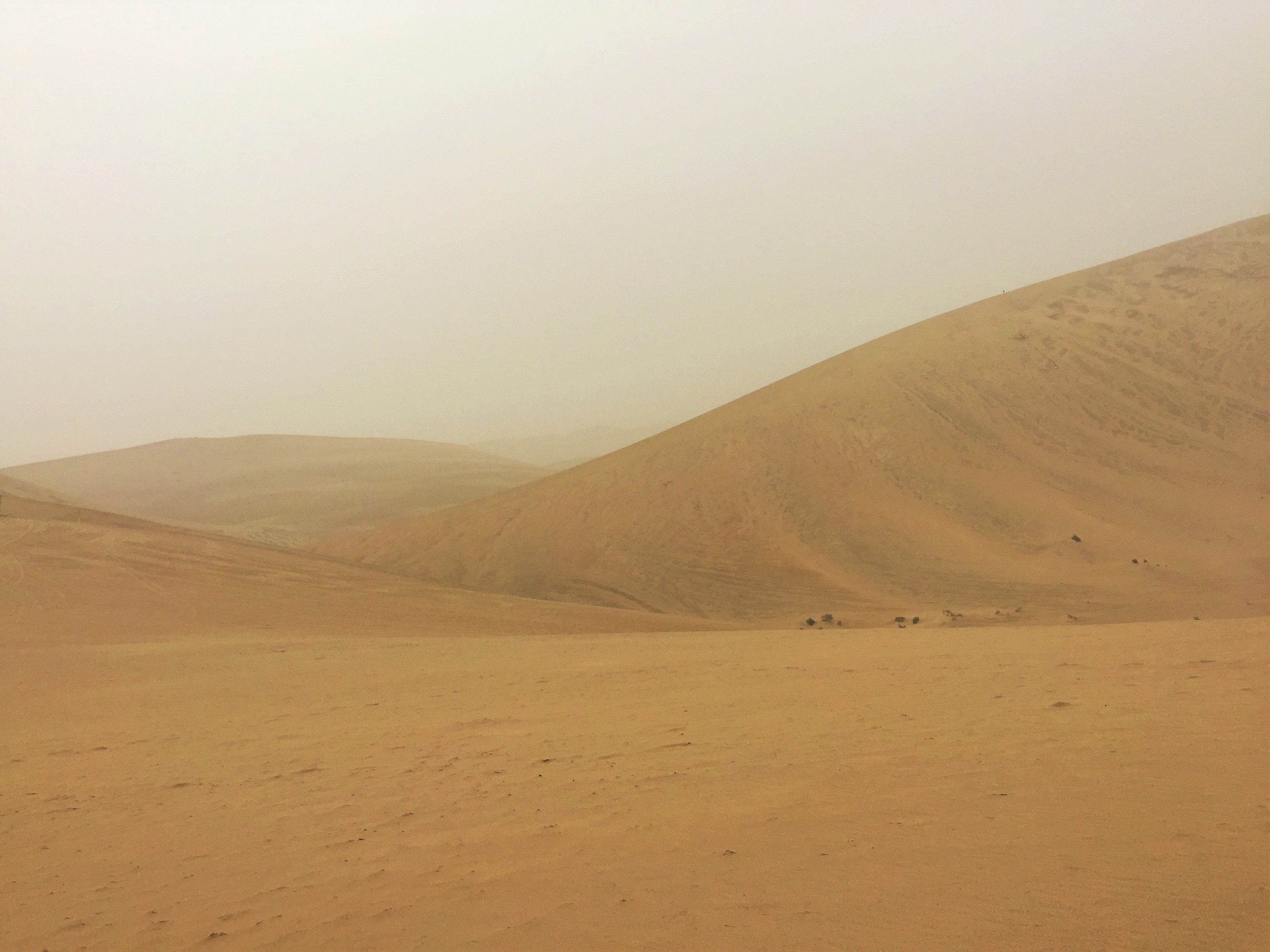 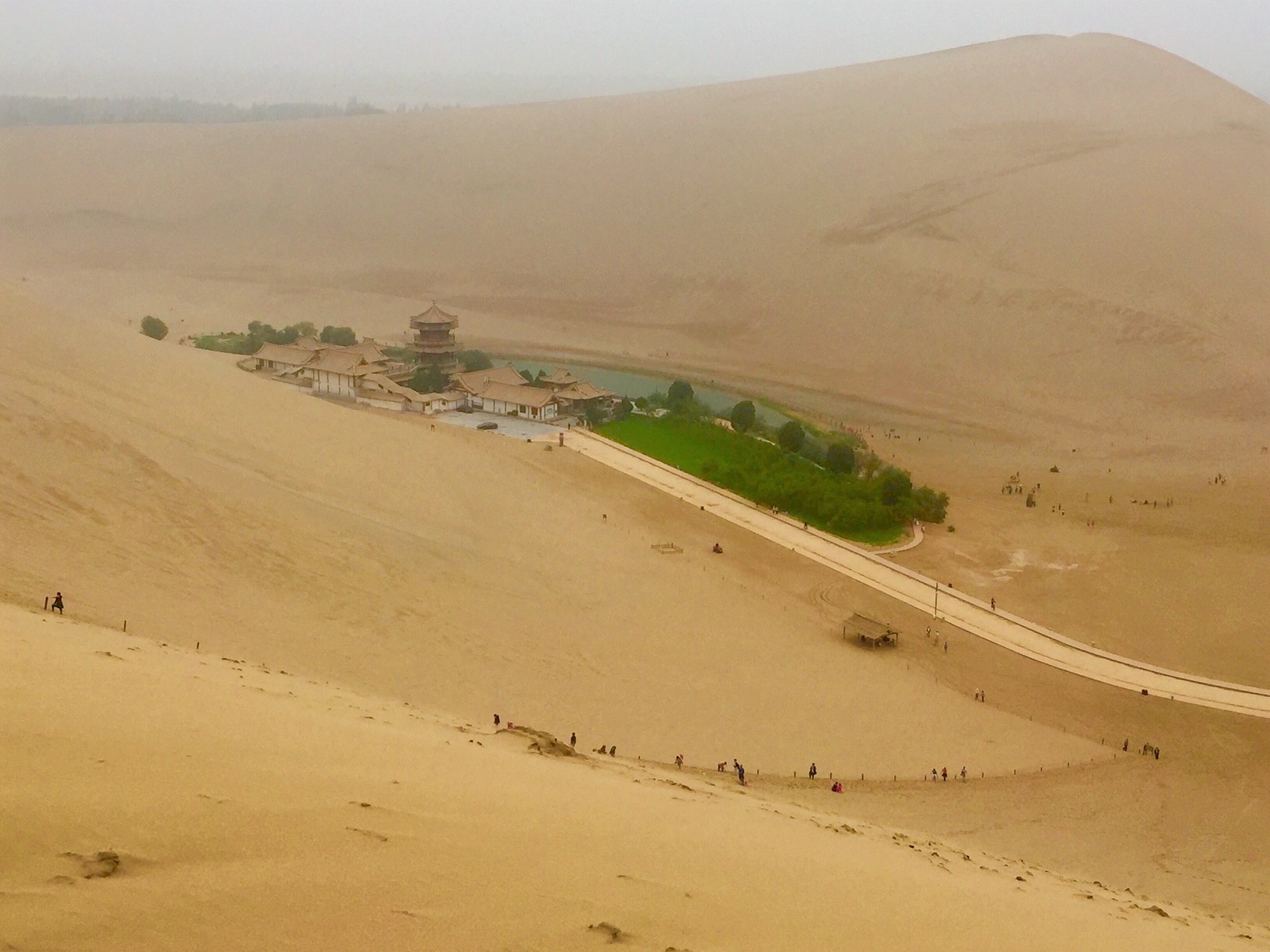 In this city Marco met Christians, Nestorians and Saracens. The inhabitants were not merchants; they were farmers instead: at that time agriculture was the main economic activity of the area. Most of the population, though, was idolatrous and they would sacrifice muttons to their gods in solemn ceremonies (still nowadays the typical dish here is mutton served in a soup with Chinese spaghetti, really delicious, I highly recommend it!). A large number of abbeys and monasteries was present around here, all of them full of idols so very different in forms and dimensions. In his book, Marco referred to some such monasteries... Was he talking about the famous Buddhist Mogao Caves (莫高窟)? I like to think so: they are stupefying in their grandeur and variety, with several statues of Buddha carved in the stone and with colorful frescoes that must have impressed our Venetian travelling companion. They were created starting from 366 A. D.; they are today the main tourist attraction around Dunhuang. 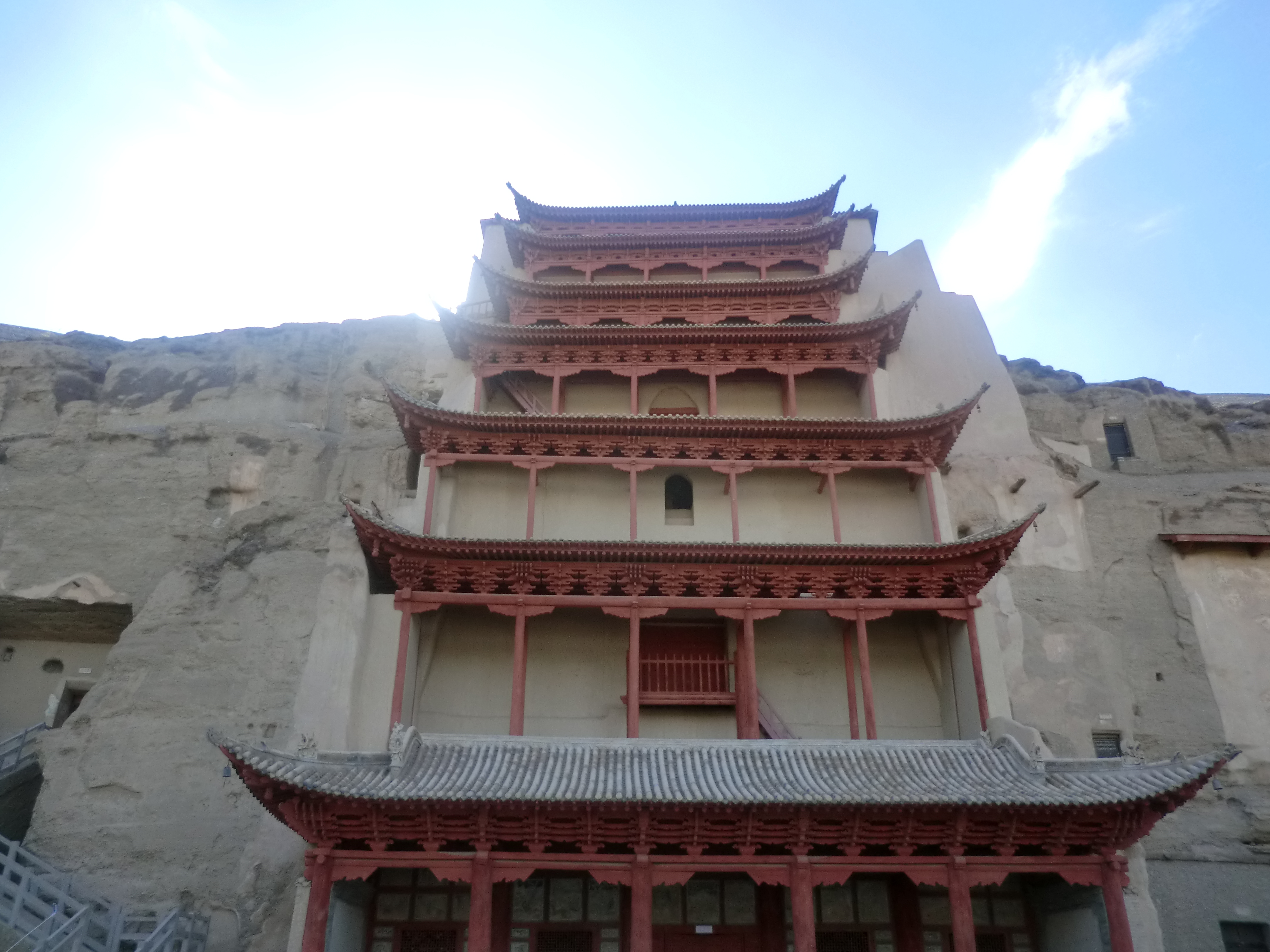 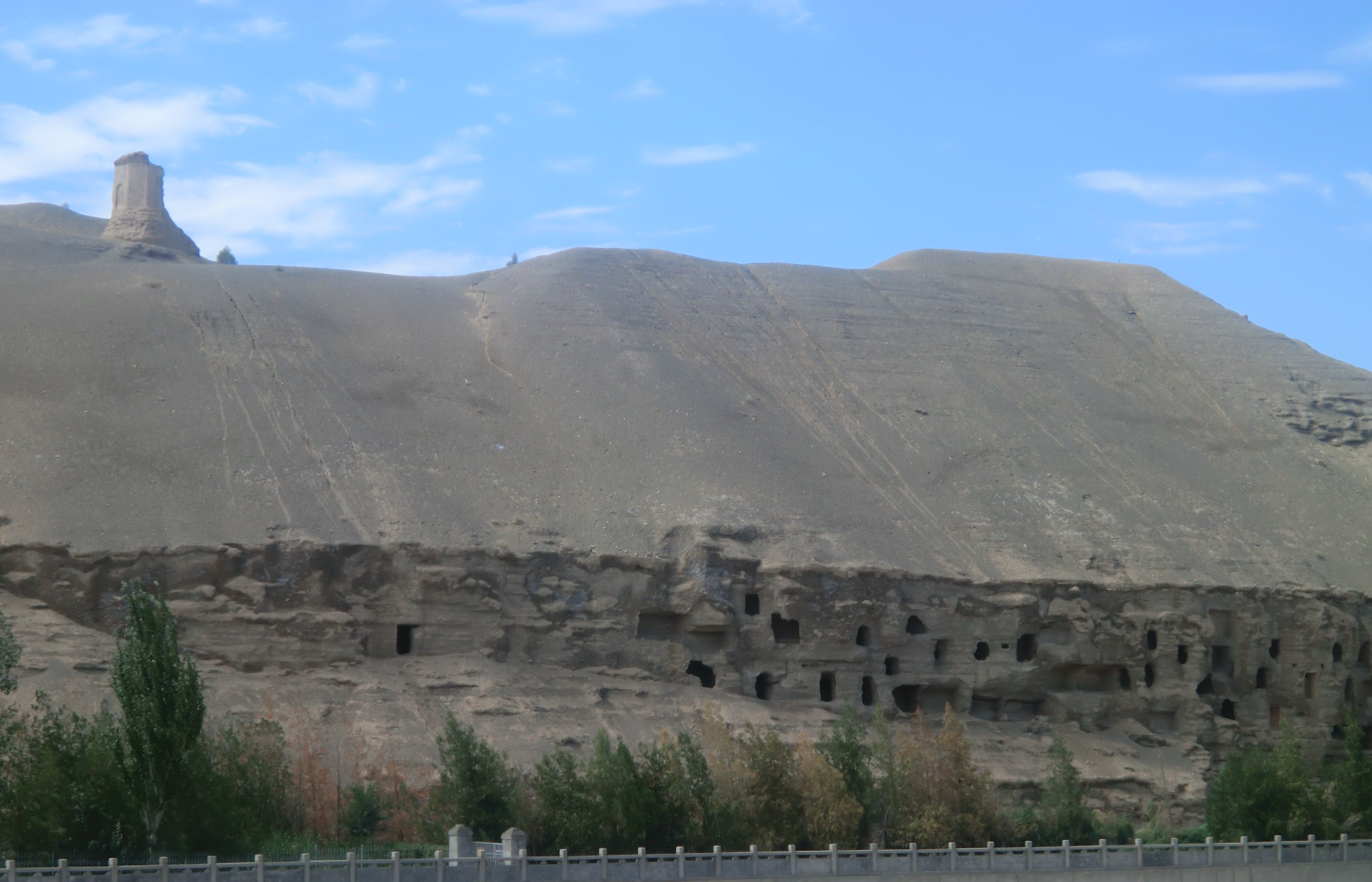 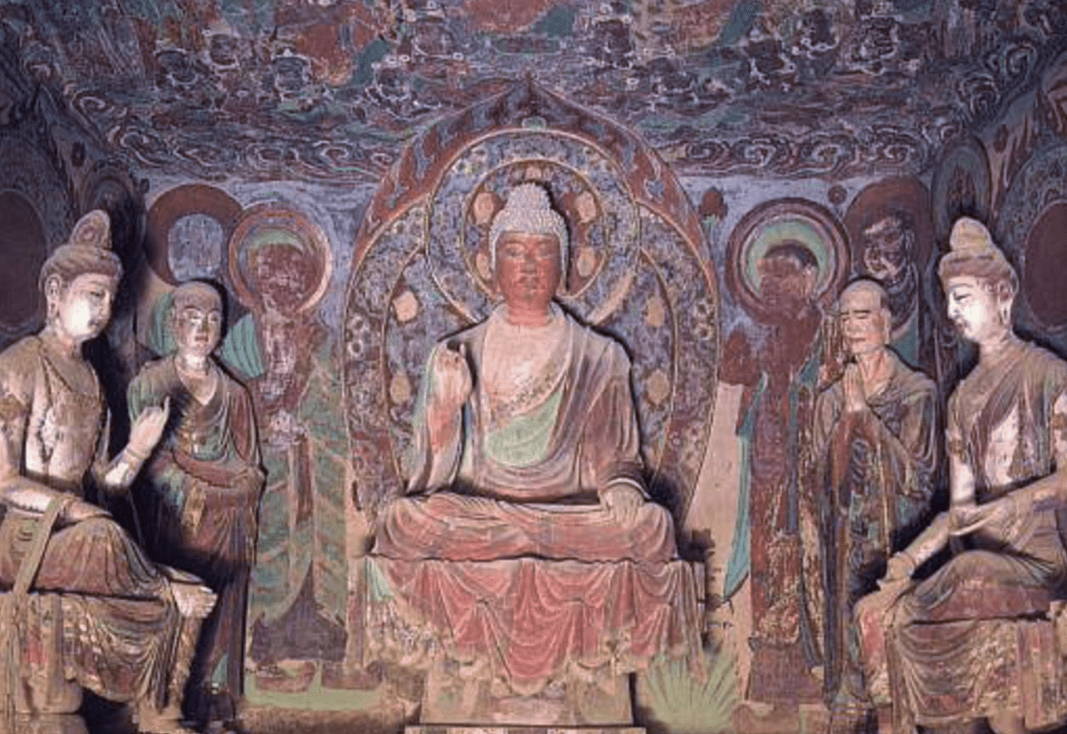 The tour guide who took us to the marvelous caves obviously knew Marco Polo and his story. Here is what she told me about him:

Proceeding Southward, I stopped in Zhangye (张掖), Campicion or Kan-Chou, as it is called in "the Million". 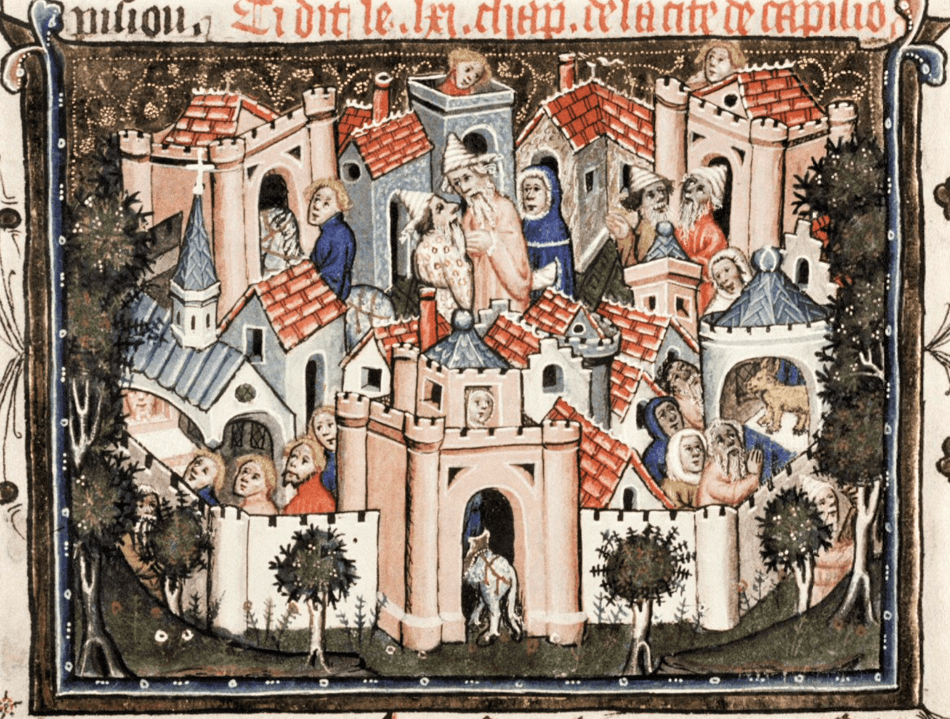 The city of Campicion (today's Zhangye)²

Marco visited it and wrote about it that it was a great and noble city, full of monasteries and idols, where the population was partially Christian and partially Islamic. There were statues of various divinities, carved in different materials: wood, stone and terracotta. Some of them were 10 feet long, all covered with gold. The monks who adored the idols lead quite an honest life: they refrained from lust, although this would not be considered a sin, according to some rules that Marco described in detail (you can read about this in his writings). 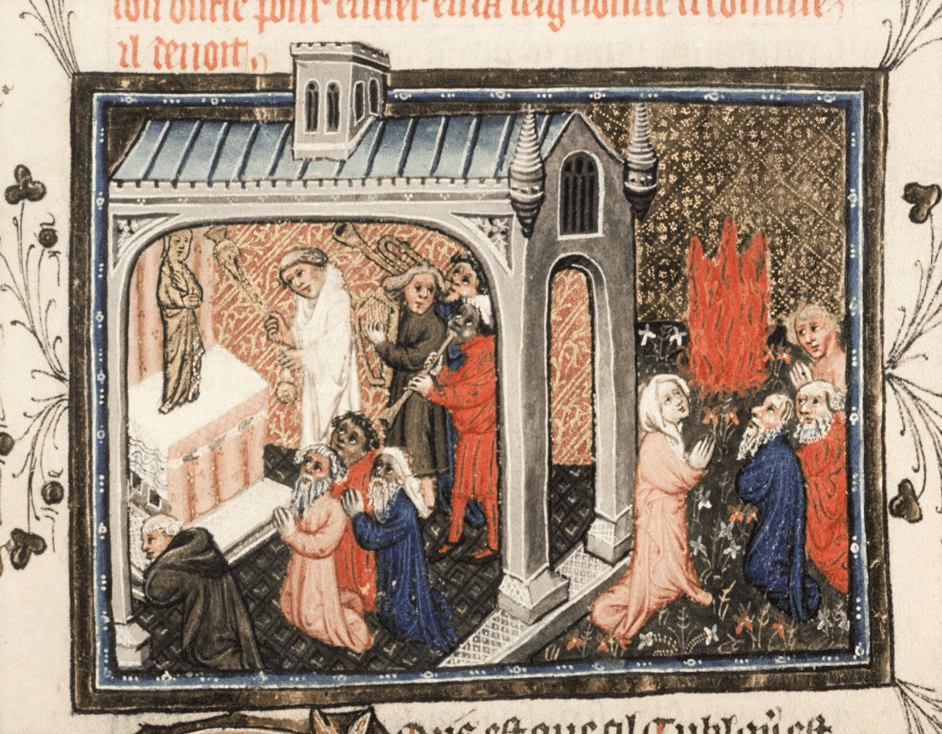 Idols honoured by the population³

In the past it was a city of intense commercial activity. When Marco related about the monasteries, he was surely referring to the great complex of Mati Si (马蹄寺, the Temple of the Horse's Hoof), that he visited: it is a complex of small Buddhist temples that hang from the rock of the mountain and that are connected by corridors, external passageways or internal tunnels carved in the mountain itself. 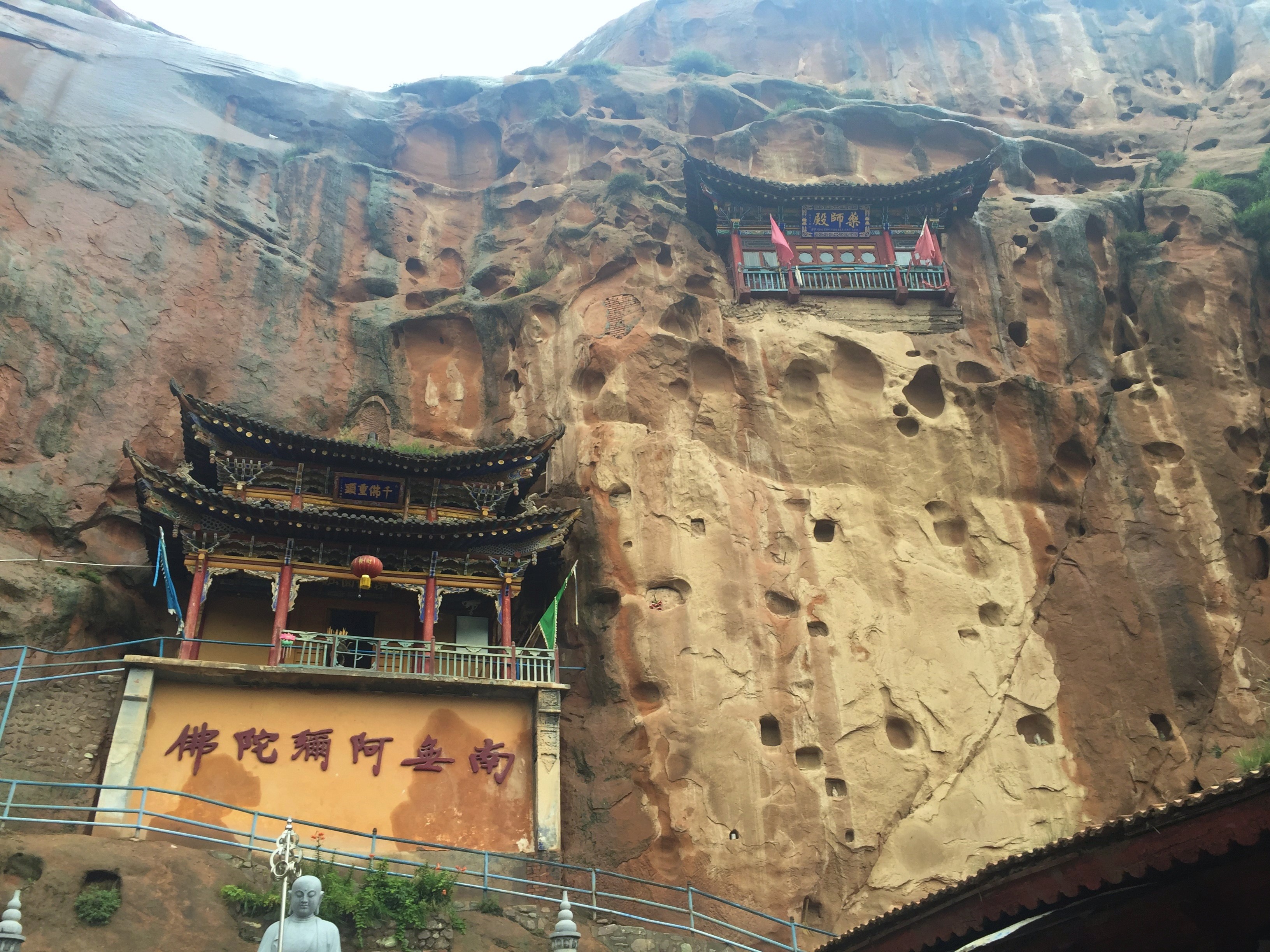 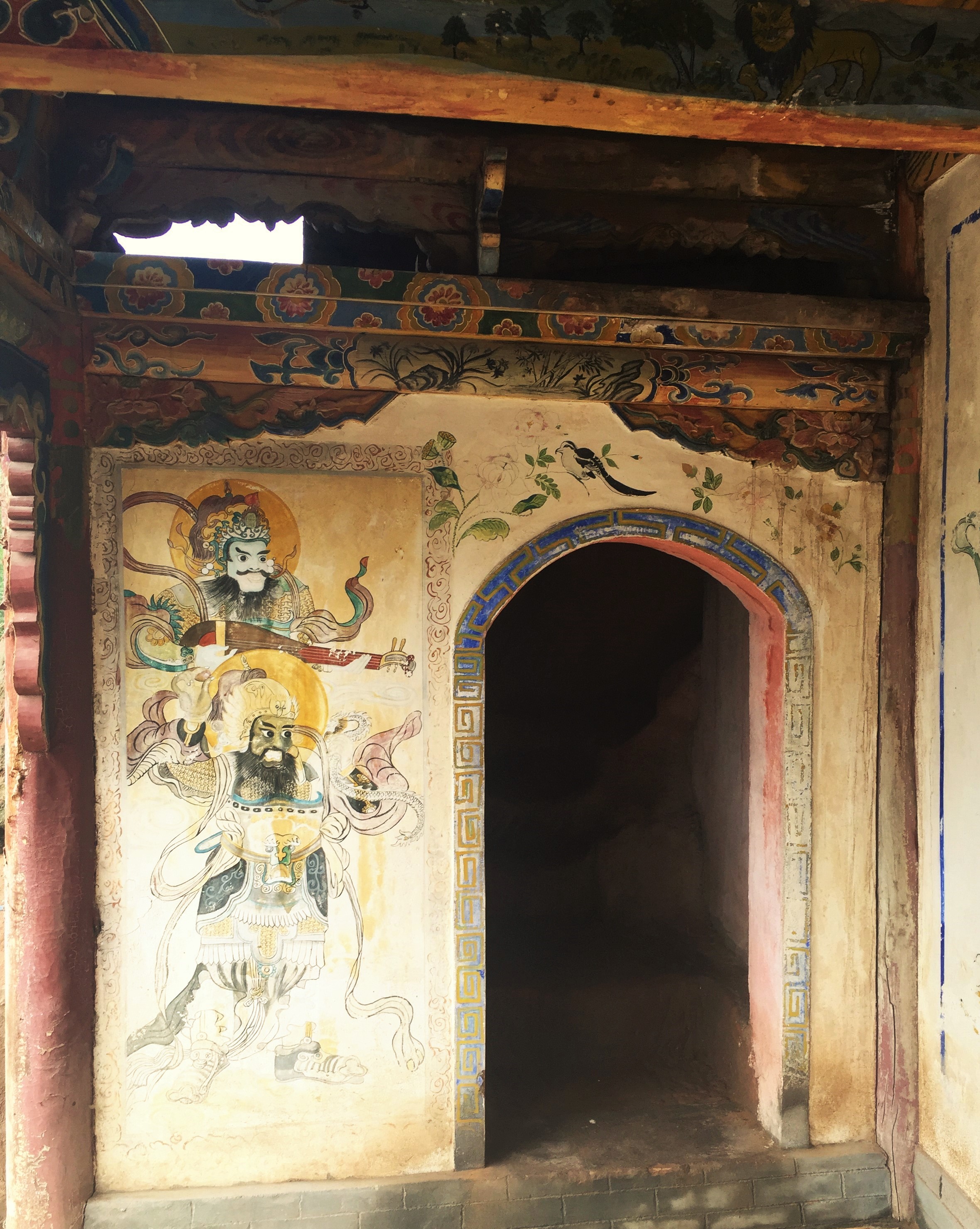 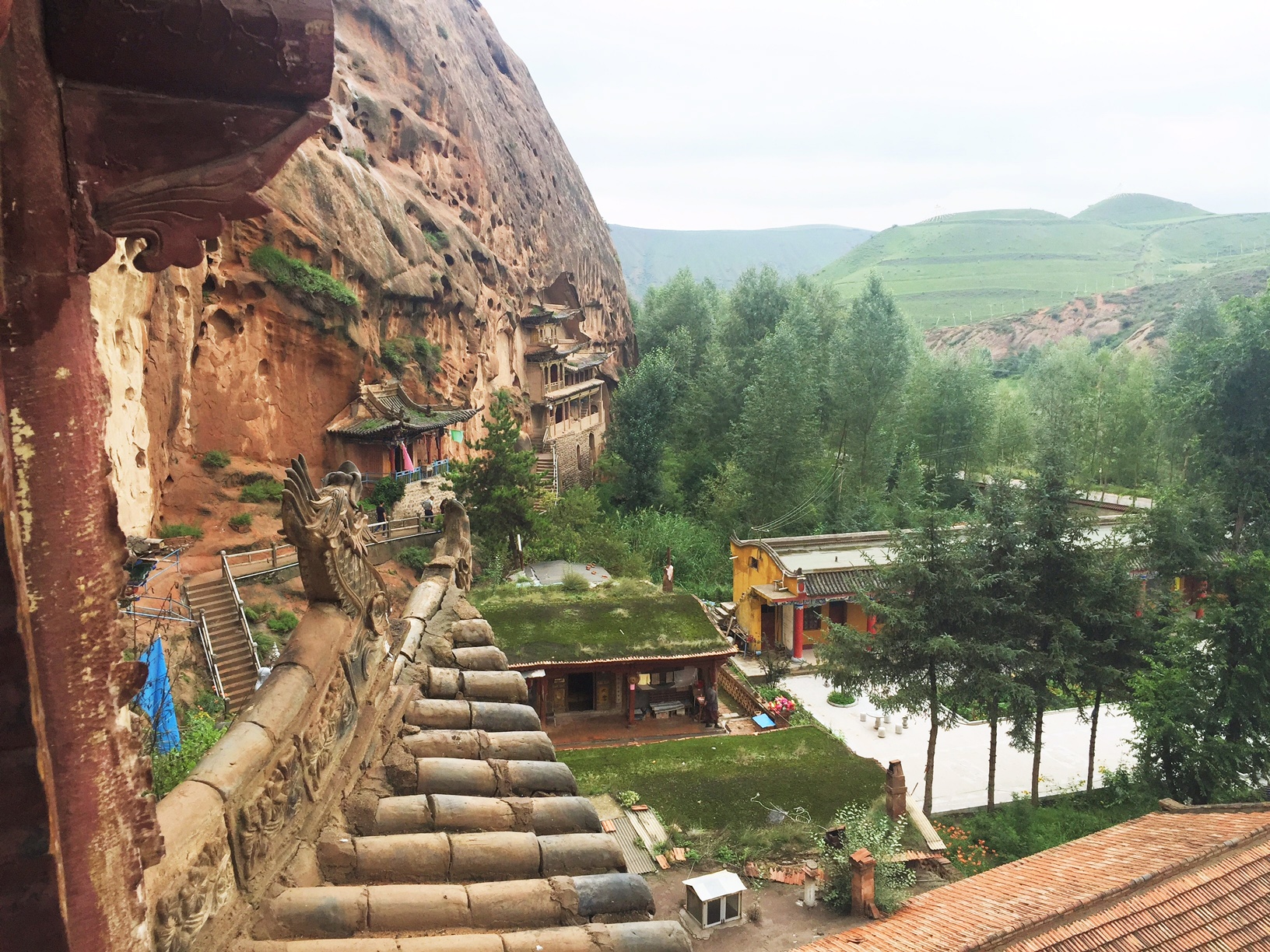 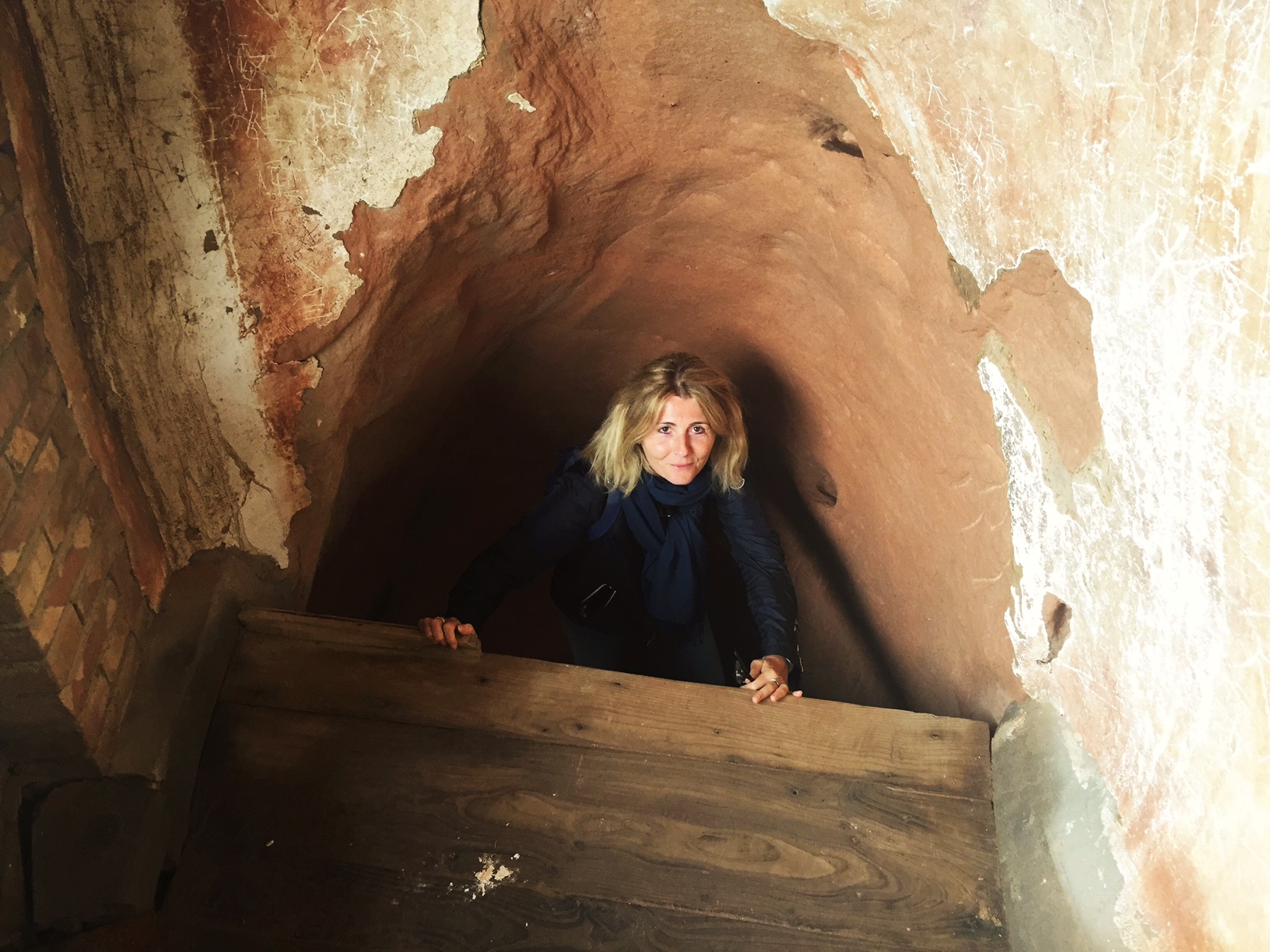 I am quite sure, although there is no mention of it in "The Million", that Marco must have admired the area which is today known as The Zhangye Danxia National Geological Park, nearby Zhangye, or even better known as the Rainbow Hills (张掖丹霞国家地质公园). These hills were formed several millions year ago and their surface extends for roughly 300 squared kilometers: they are the result of the movements of the tectonic plates over the centuries and of the mineral sediments with different pigmentation. They are round, smooth, sharp, steep and of a lot of different colors, and for this reason they are also called God's Palette. Here are some pictures of this magnificent area! 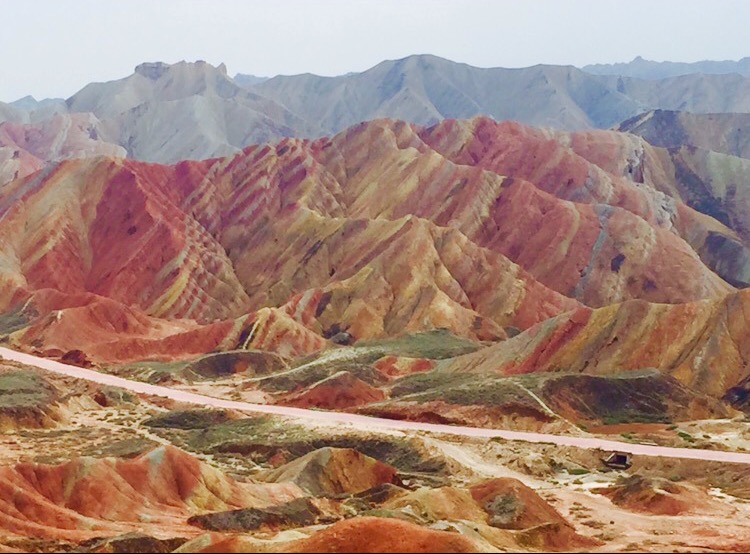 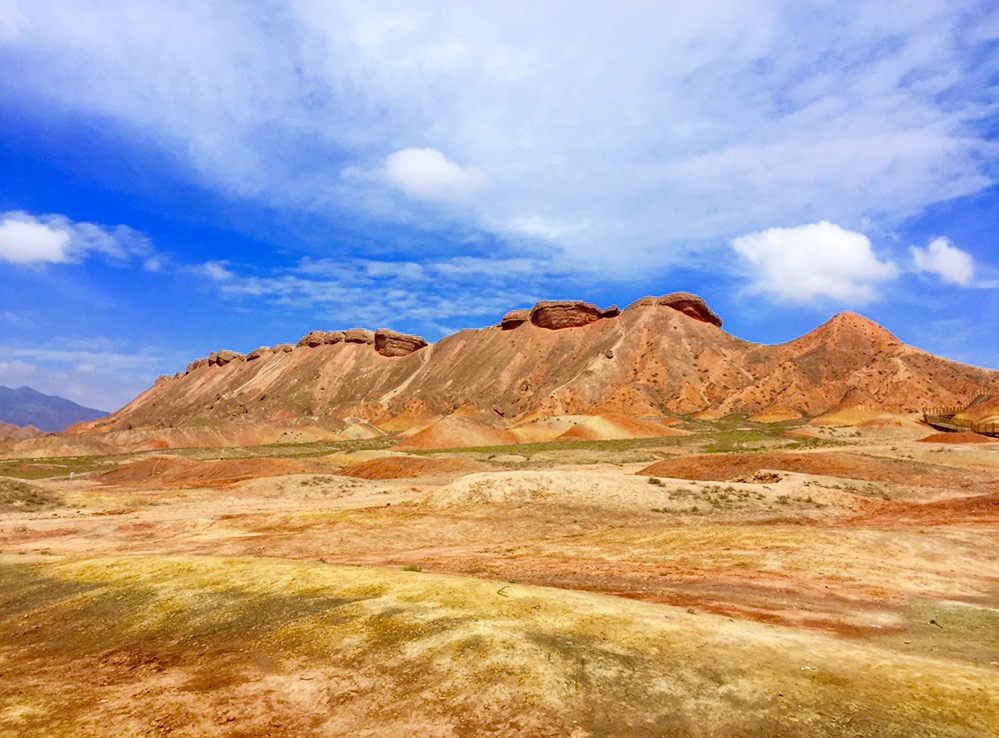 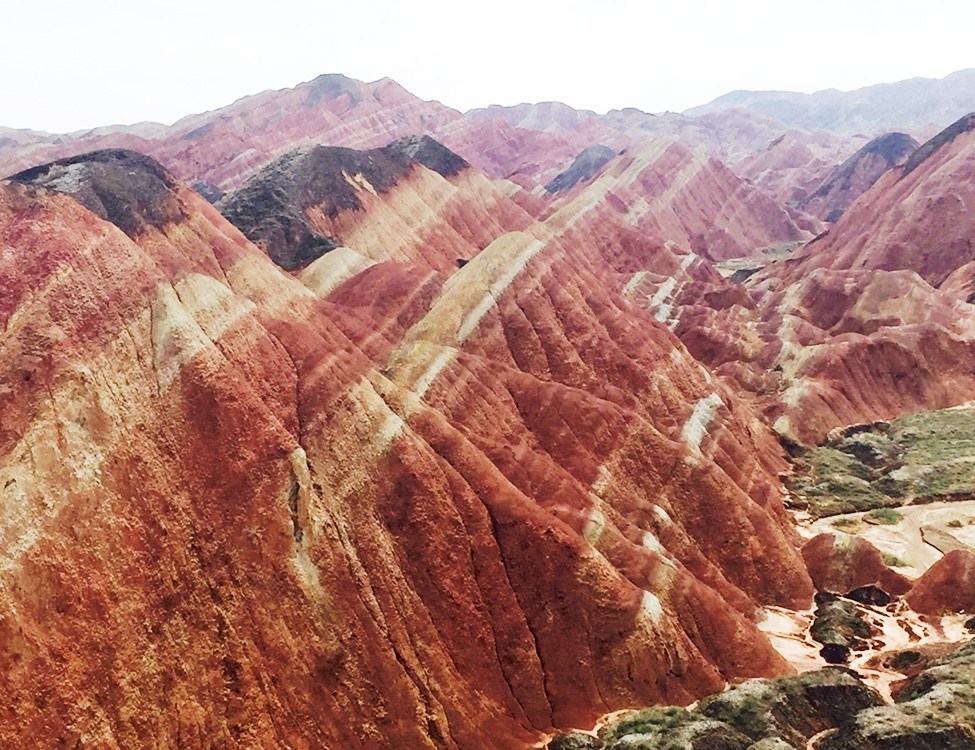 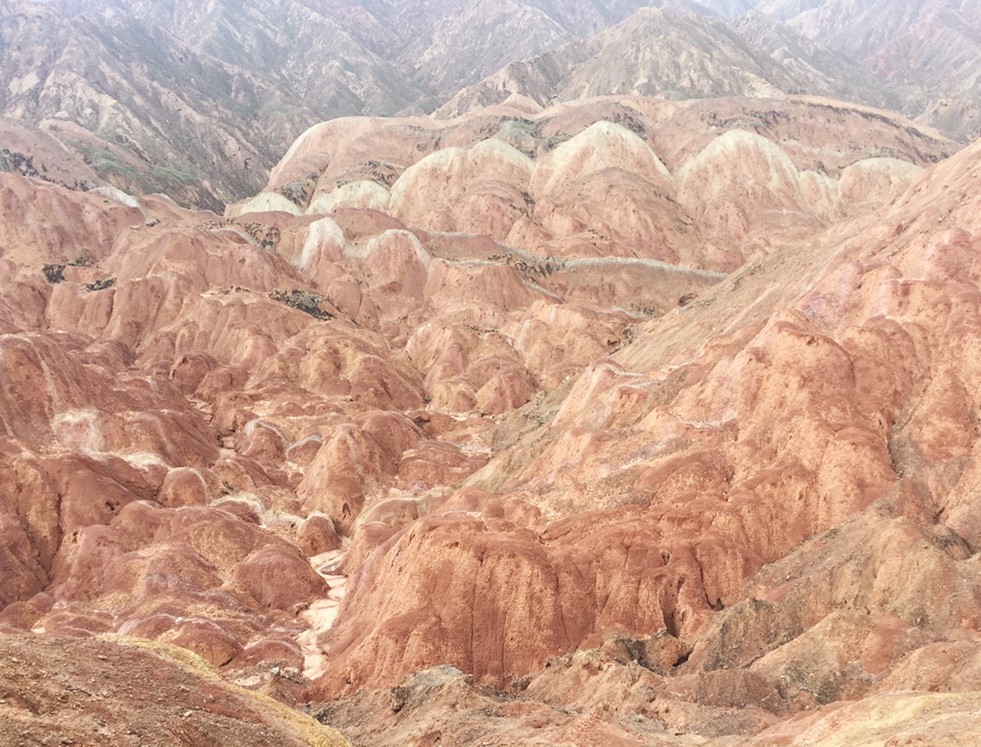 Proceeding Southward, we then cross the Yellow River (黃河), which Marco mentioned as the ‘Great River of Caramera’. He described it as a very large river that empties into the ocean, with a whole lot of merchant cities along its course. The coins used in the area, that Marco called "vaspre", corresponded to the Venetian Silver grosso. After crossing the Yellow River, I visited the city of Lanzhou (兰州). 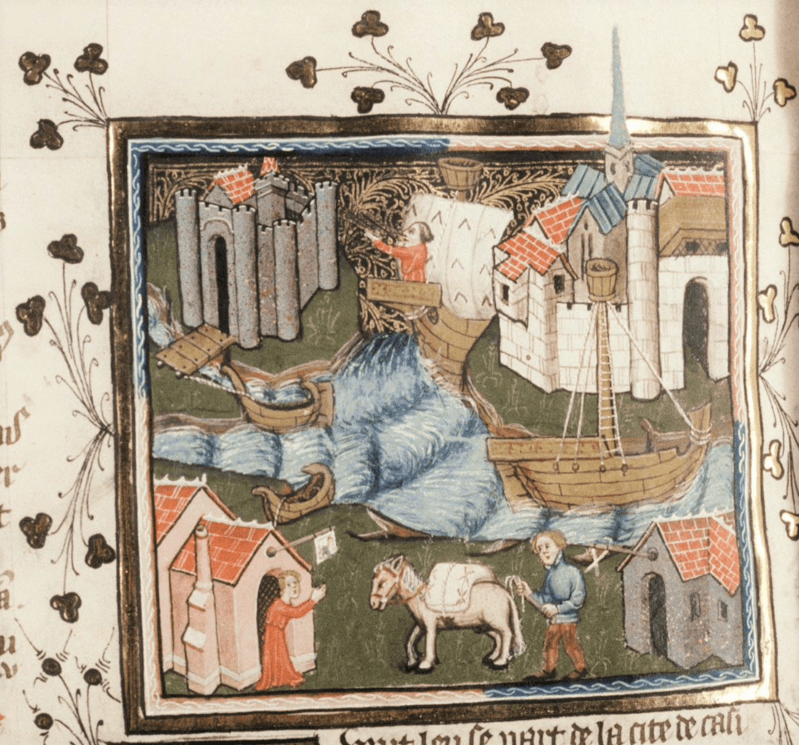 The intense merchant traffic along the Yellow River⁴ 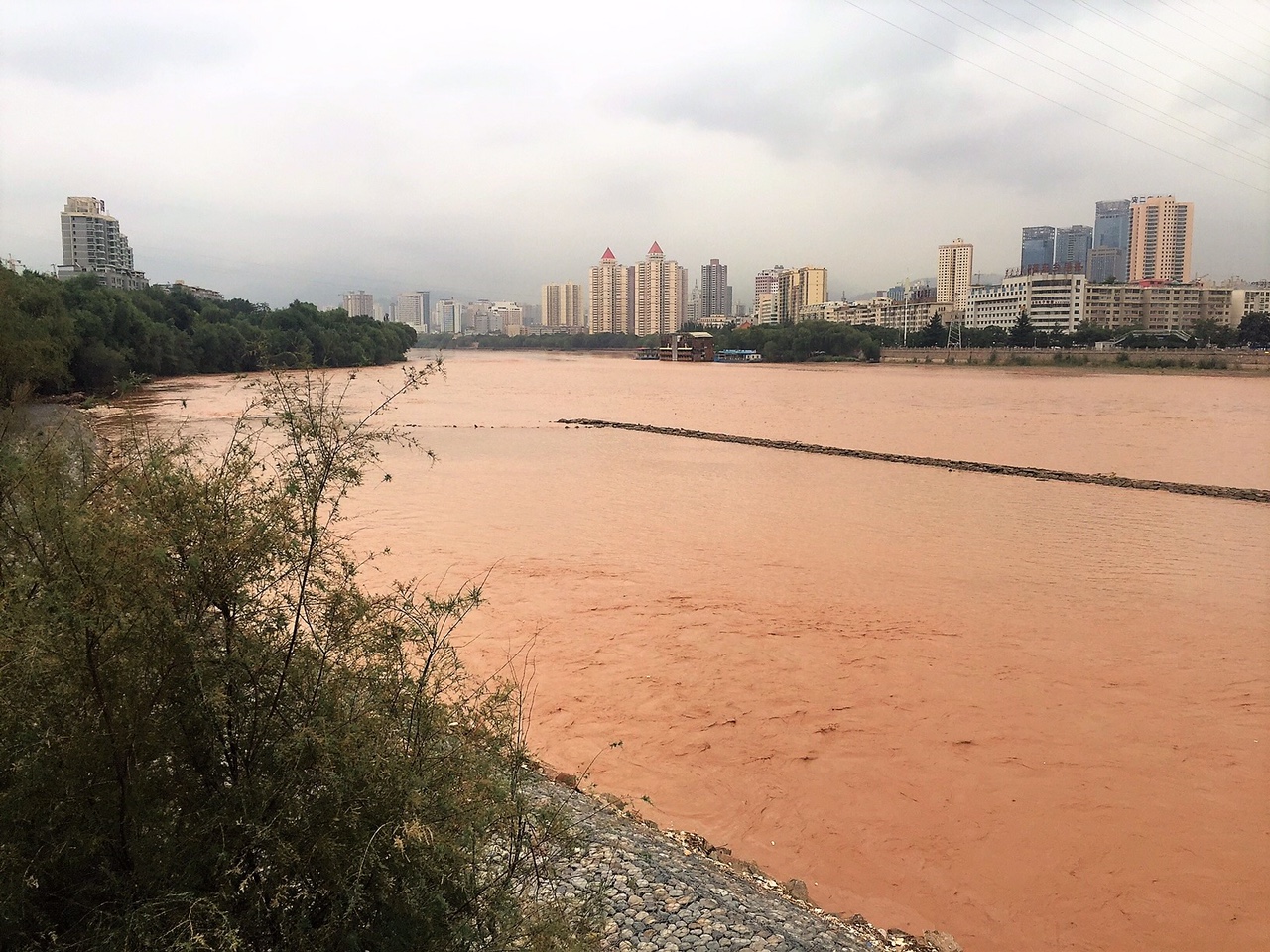 From here Marco, after an eight-day-long journey, reached the city of Quengianfu, today's Xi'An (西安), that he described as noble, full of goods of all sorts, a place where silk and gold drapes were woven: here, as Marco wrote, you can find anything you might need in your life, thanks to the grand, rich market. Xi'An was the last city of the Silk Road, the last site along this extremely important commercial route that connected the West with the Far East. Likewise, it was the starting point for those merchants that travelled Westward, a crucial and vital place, where it was possible to meet merchants with different cultures, religions, customs... From this point of view, it was then quite similar to Venice. 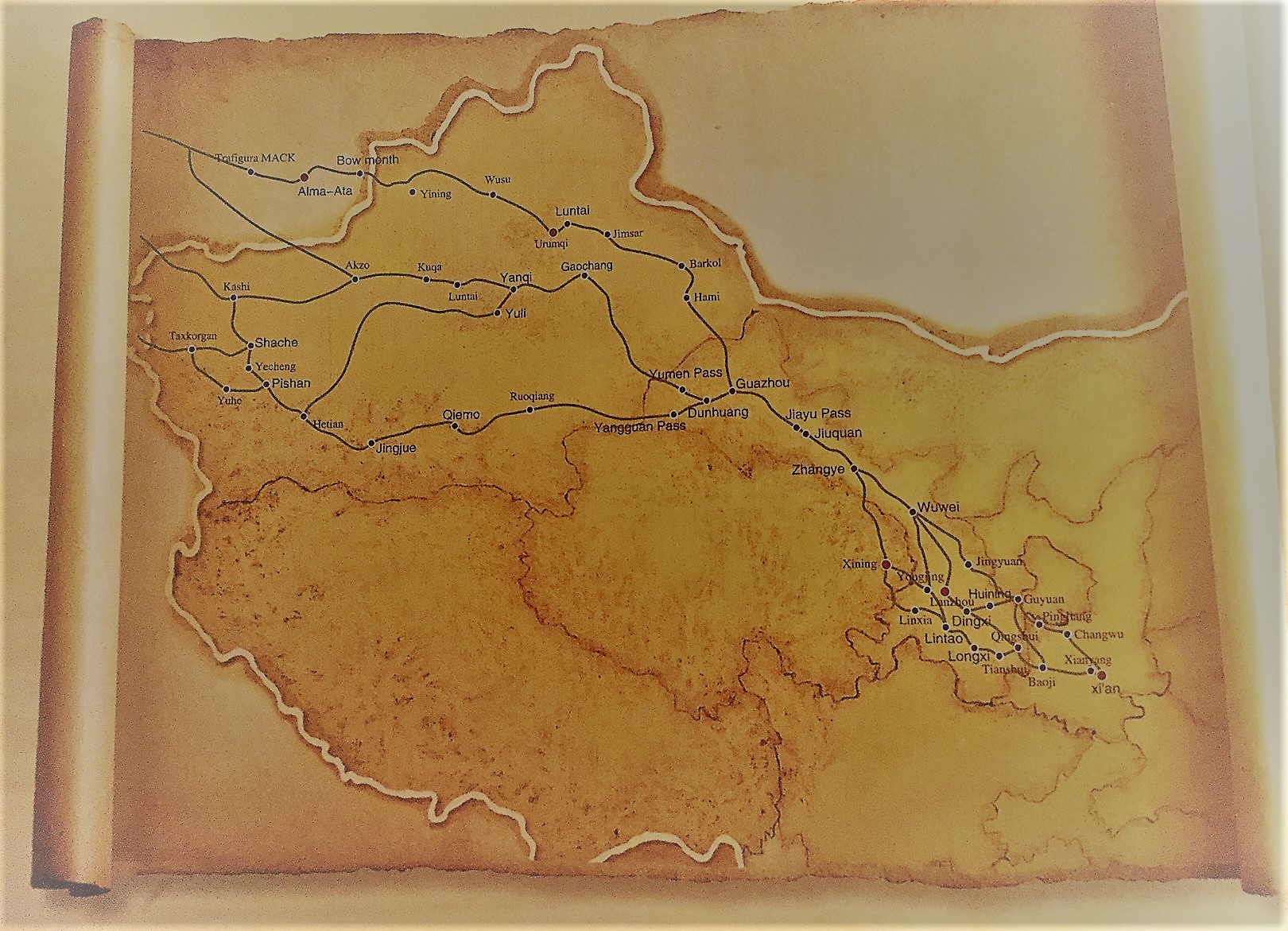 Map of the Silk Road in China

In the exact spot where the Silk Road started (or ended, depending on the direction), there stand several statues of merchants and camels, that you can see in the pictures below. They really help us to step back in the past with our imagination, so we can start travelling with Marco, on a camel, with water bottles, goods, and above all with the curiosity of meeting people and cultures different from ours. 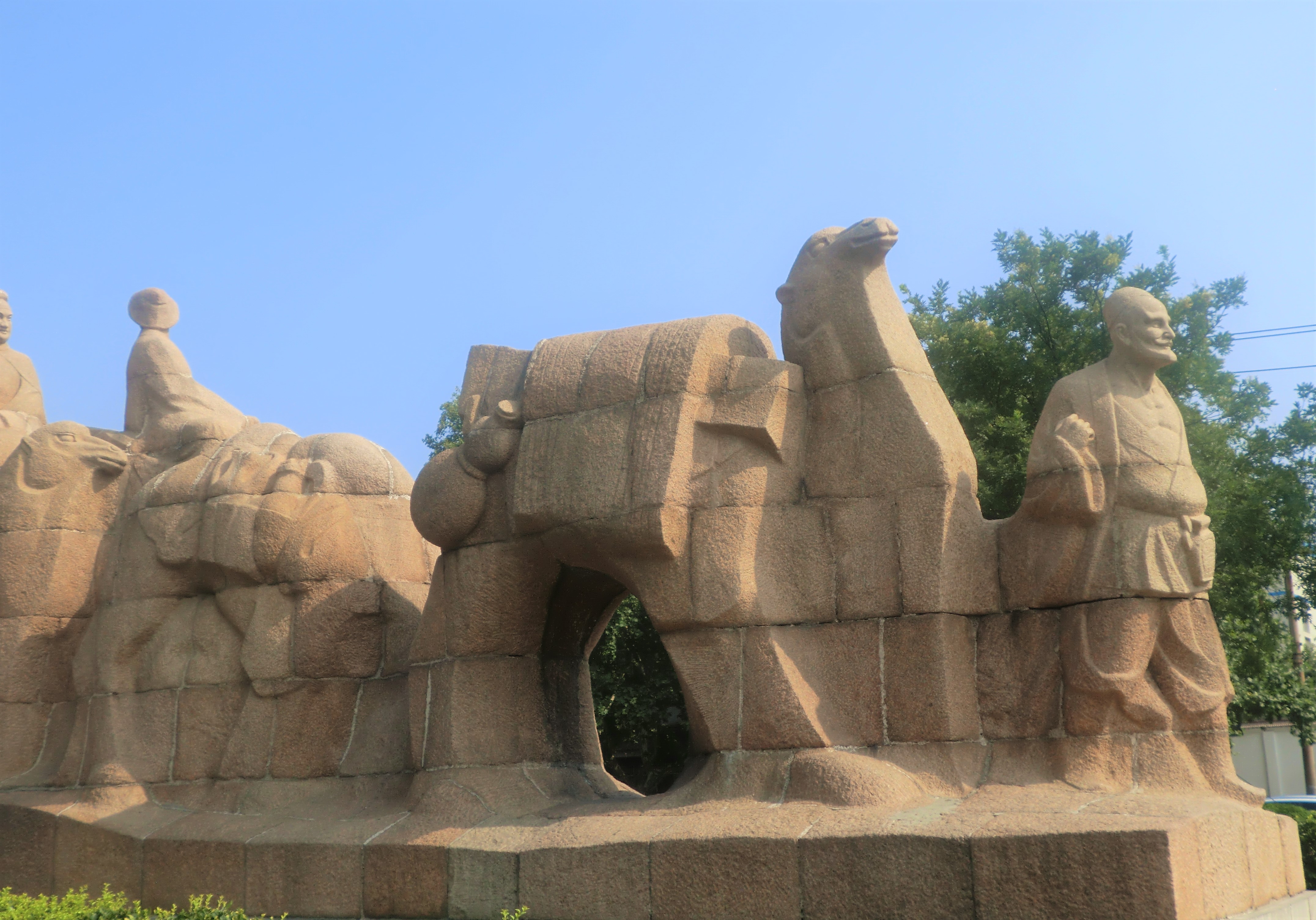 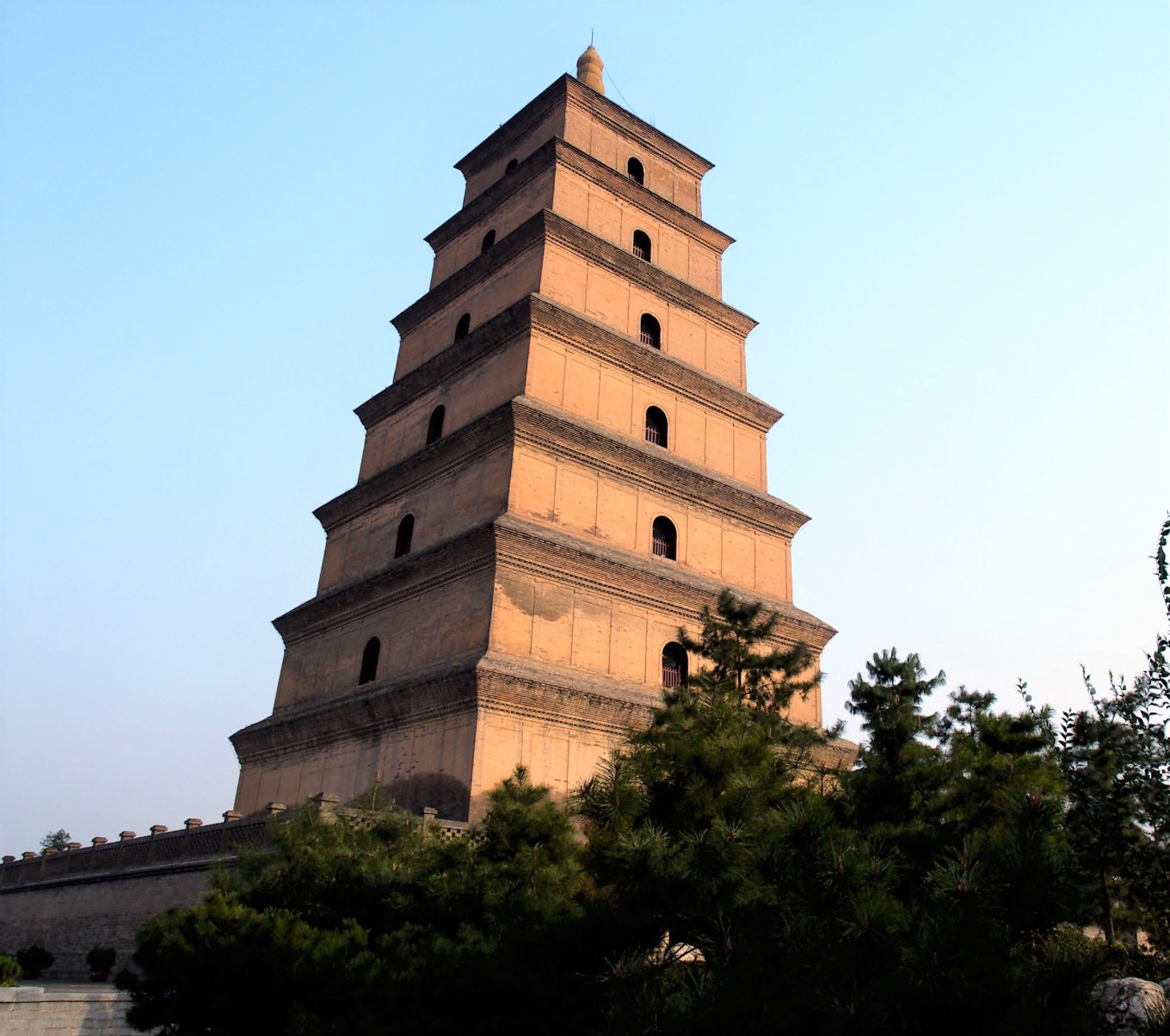 He could not have imagined, though, that quite a few centuries after his visit, and namely in 1974, the famous Terracotta Army (兵马俑) would be discovered: this event transformed the commercial city in one of the main sites that anyone travelling in China has to visit. 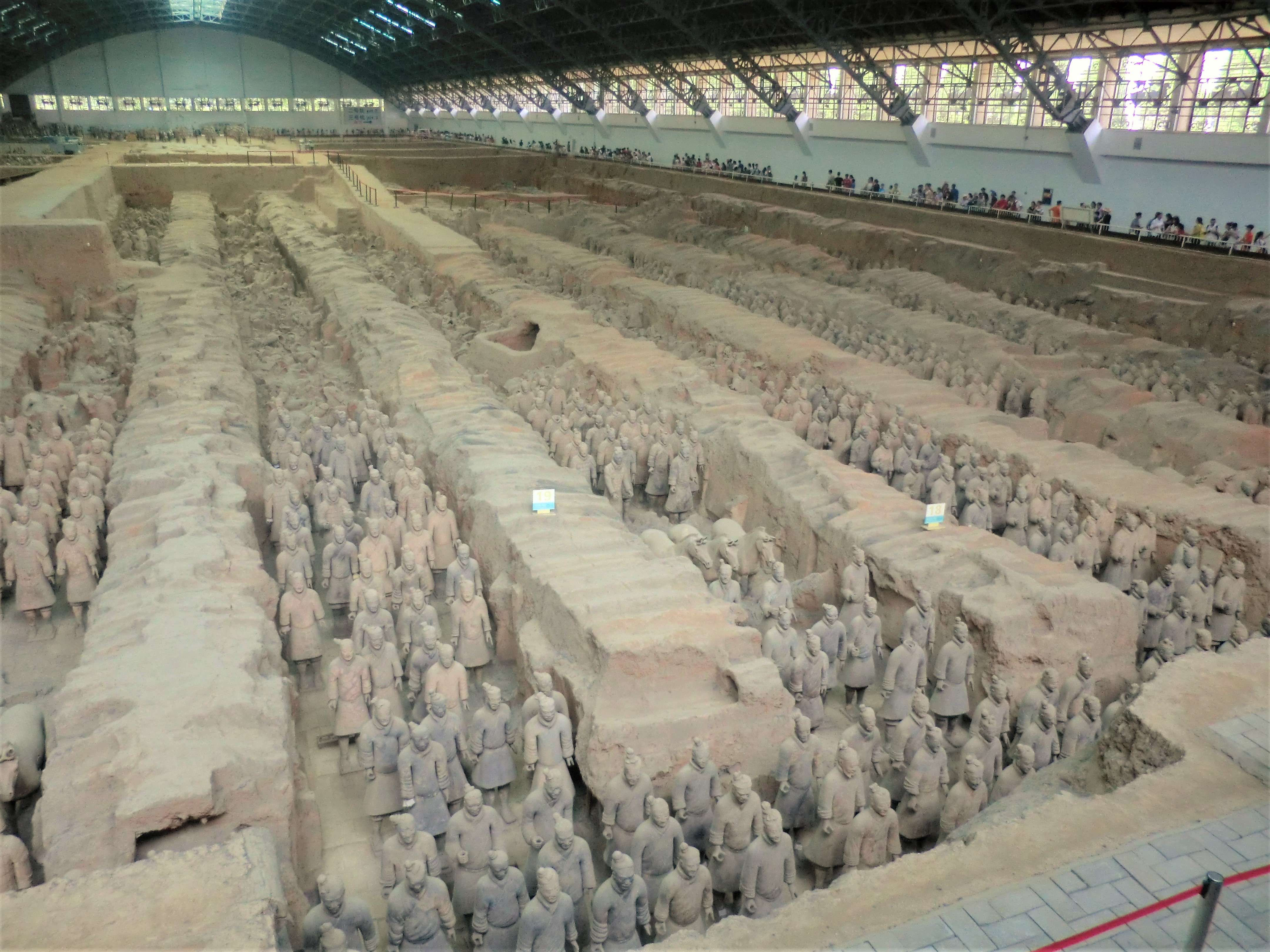 After his stop in Xi'An, Marco proceeded his journey, visiting other cities, Beijing among them. He had obtained a pass from the Emperor himself, so he could travel freely in the vast Empire.

The end of the Silk Road marks the end of this post... If Marco went back to Venice by sea, I jumped on a trivial Boeing 777 to return to my city. Definitely, I am today much richer in knowledge and quite satisfied to have visited all these places together with my travelling companion of the 13th century.

I send you my special greetings with this picture of Mati Si, a city close to Zhangye, about which we can read in Marco's book.

Hope to see you soon! 再见. 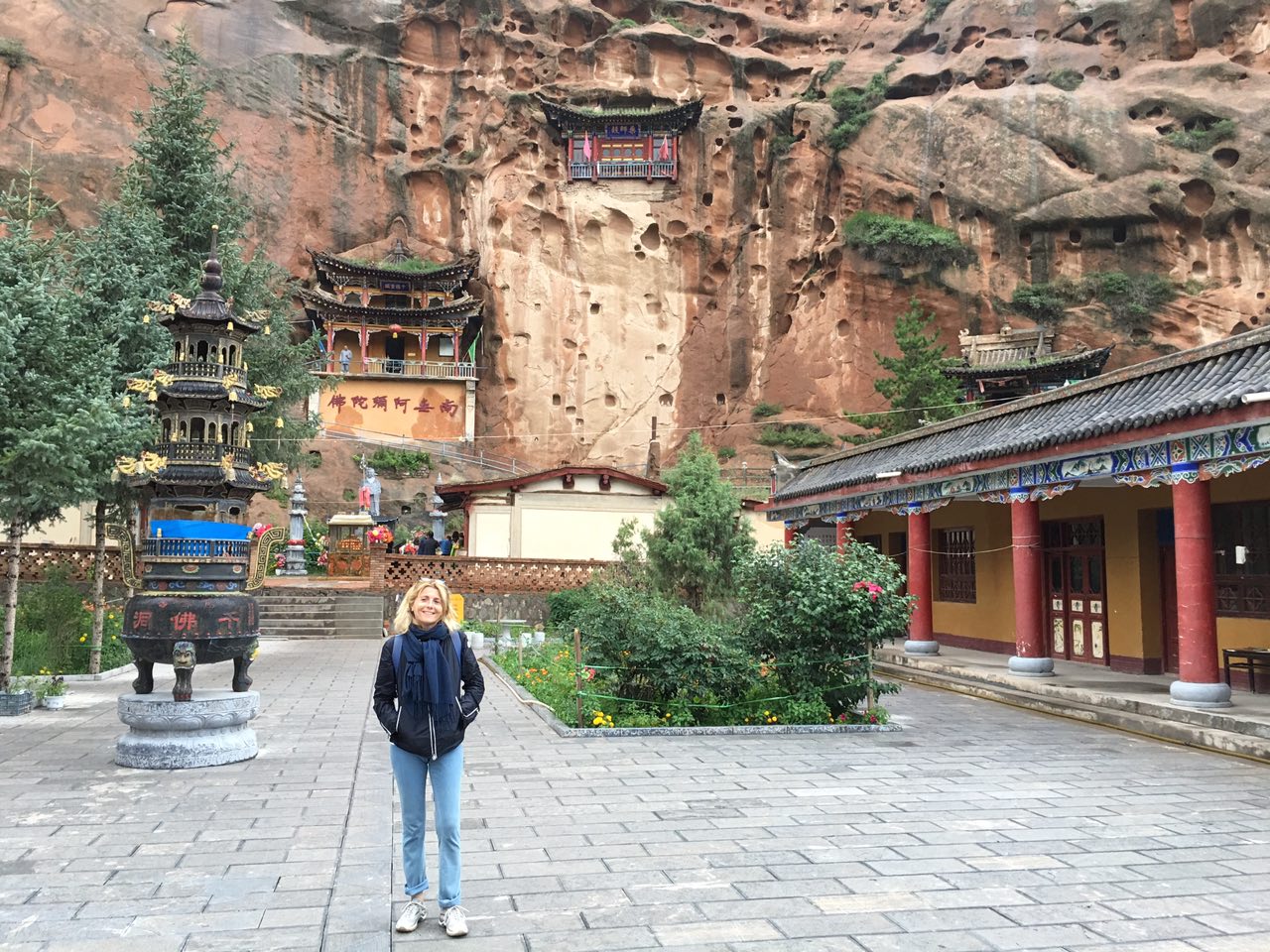