A guided tour of the exhibit and of the Venetian places loved by Cocò.

On September 17, 2016 an exceptional exhibit started in Ca' Pesaro (the museum of Contemporary Art of Venice): "The Woman Who Reads", which presents quite a singular portrait of Gabrielle Chanel. We all know Coco, but this exhibit focalizes on a fairly unknown aspect of this famous stylist, a woman who has completely transformed the world of fashion, showing revolutionary courage in making totally innovative choices. 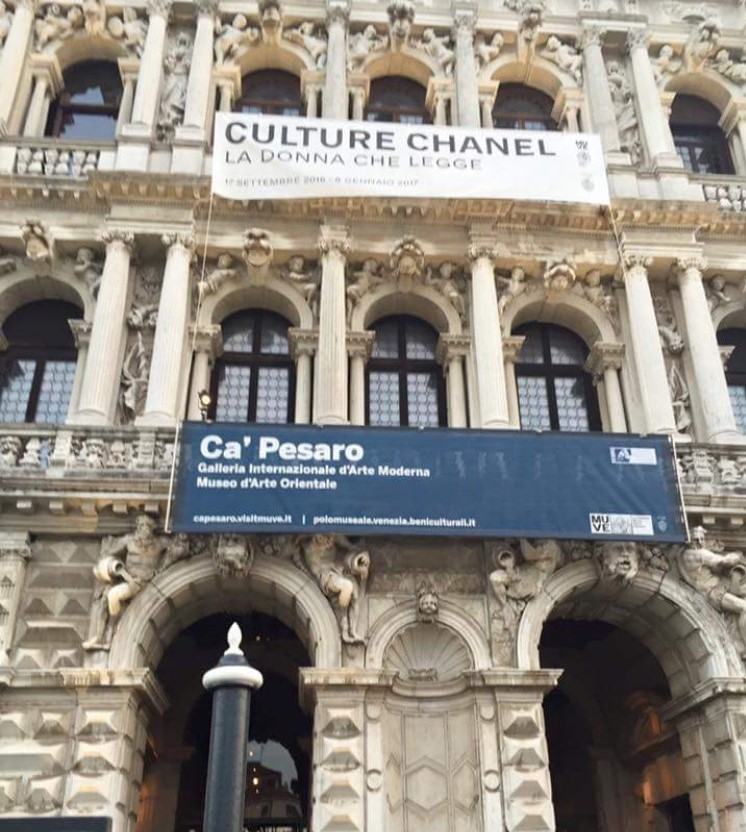 Mademoiselle Chanel loved the art of reading, as she used to say. Here it is possible to see the books that belonged to her rich library in Paris. She really enjoyed Greek classical readings (Homer and Plato, for example), as well as Latin writers like Virgil or Italian medieval poets such as Dante. She was a good friend of Cocteau's, Max Jacobe's and Reverdy's.

It is possible to read and admire here several original hand written letters, books, ancient illuminations, drawings, musical scores: these are works of writers, painters, composers, theater impresarios who in different ways influenced Coco's creativity. Coco would abandon herself entirety while reading, asserting that reading is the transformation that leads to dreams. Along with these writings, you can also find clothes and jewels which are proofs of the influence of particular readings on Chanel's fashion. 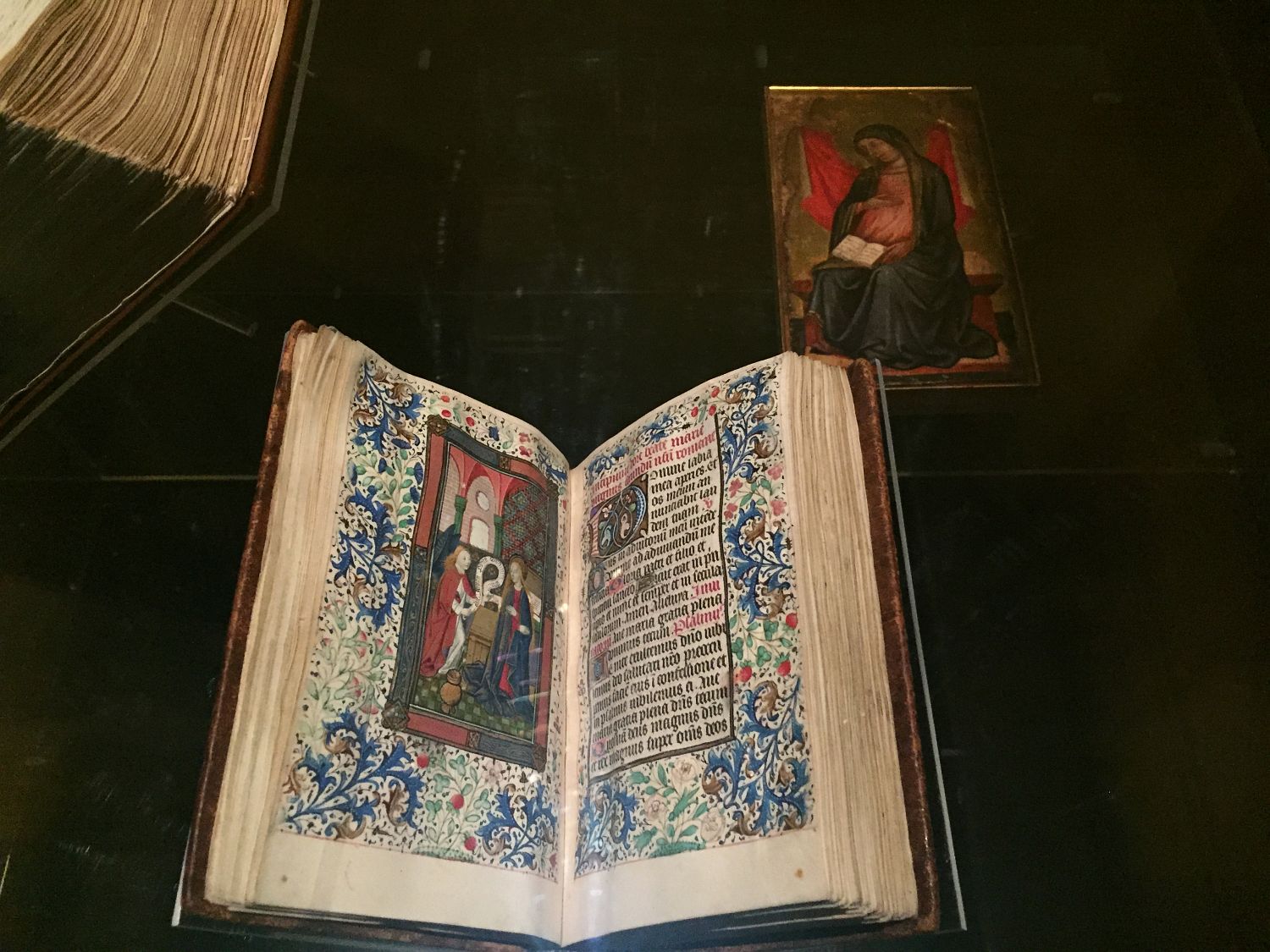 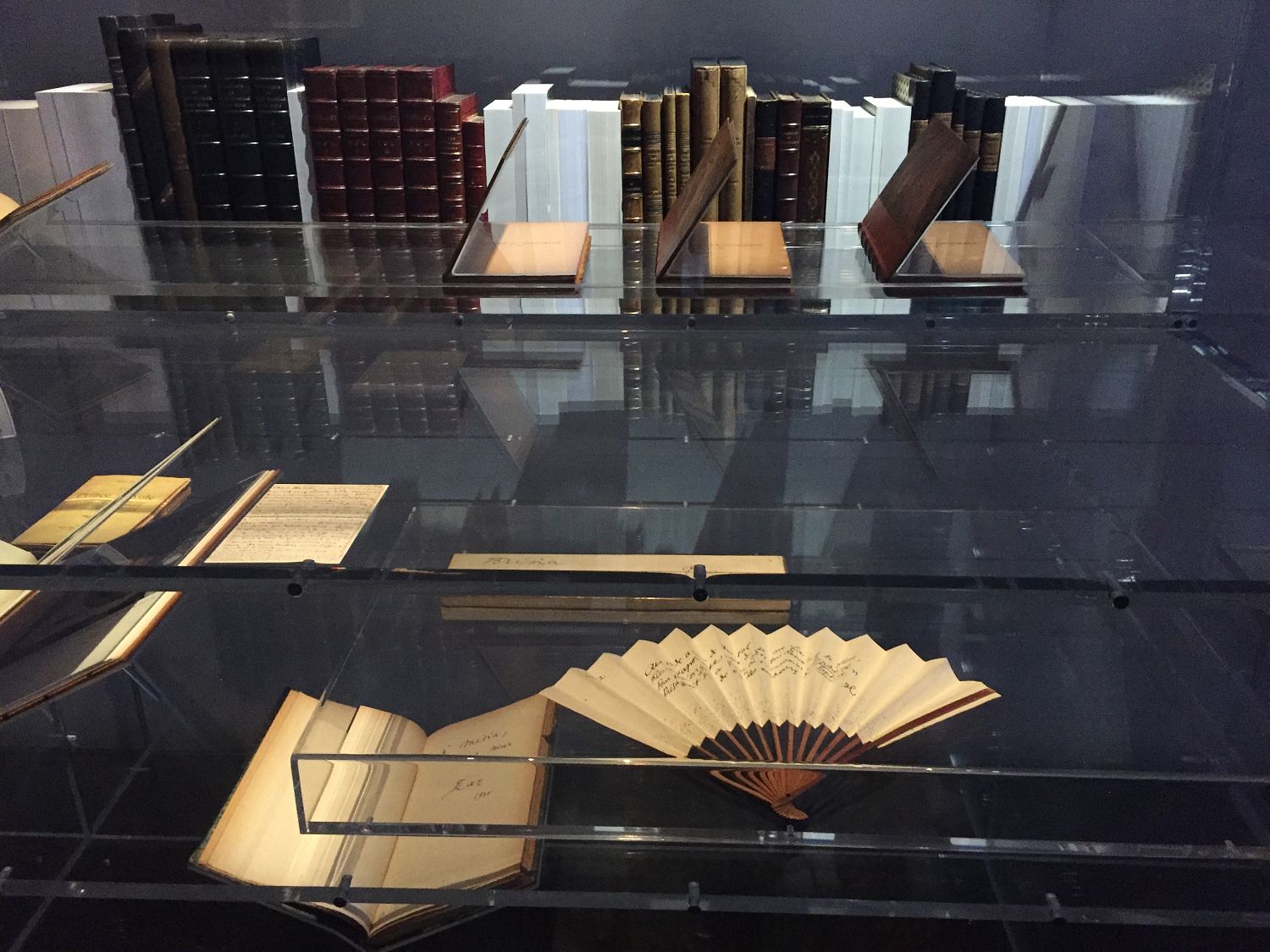 Gabrielle definitely appreciated the different art movements of the Avant-gardes of the beginning of the 20th century. Dada, Cubism (she was a friend of Picasso's),Futurism with its representative Marinetti played quite a relevant role in her innovations. As an example, we can name her classical little black dress, which was created for active and dynamic, in a word futurist, women. On October 1, 1926 Vogue America published the Little Black Dress or Petite Robe Noire, which caused a scandal in the fashion world of those days. In the current opinion of the period, black was associated with mourning, whereas in Coco's opinion black was the color that contained all colors at once. The little black dress would be at the same time simple and elegant, and would set women free from corsets and other uncomfortable clothes. Luxury would not necessarily exclude comfortableness. Chanel invented a new wardrobe for a new kind of woman: the woman who needs to be elegant and comfortable at the same time. 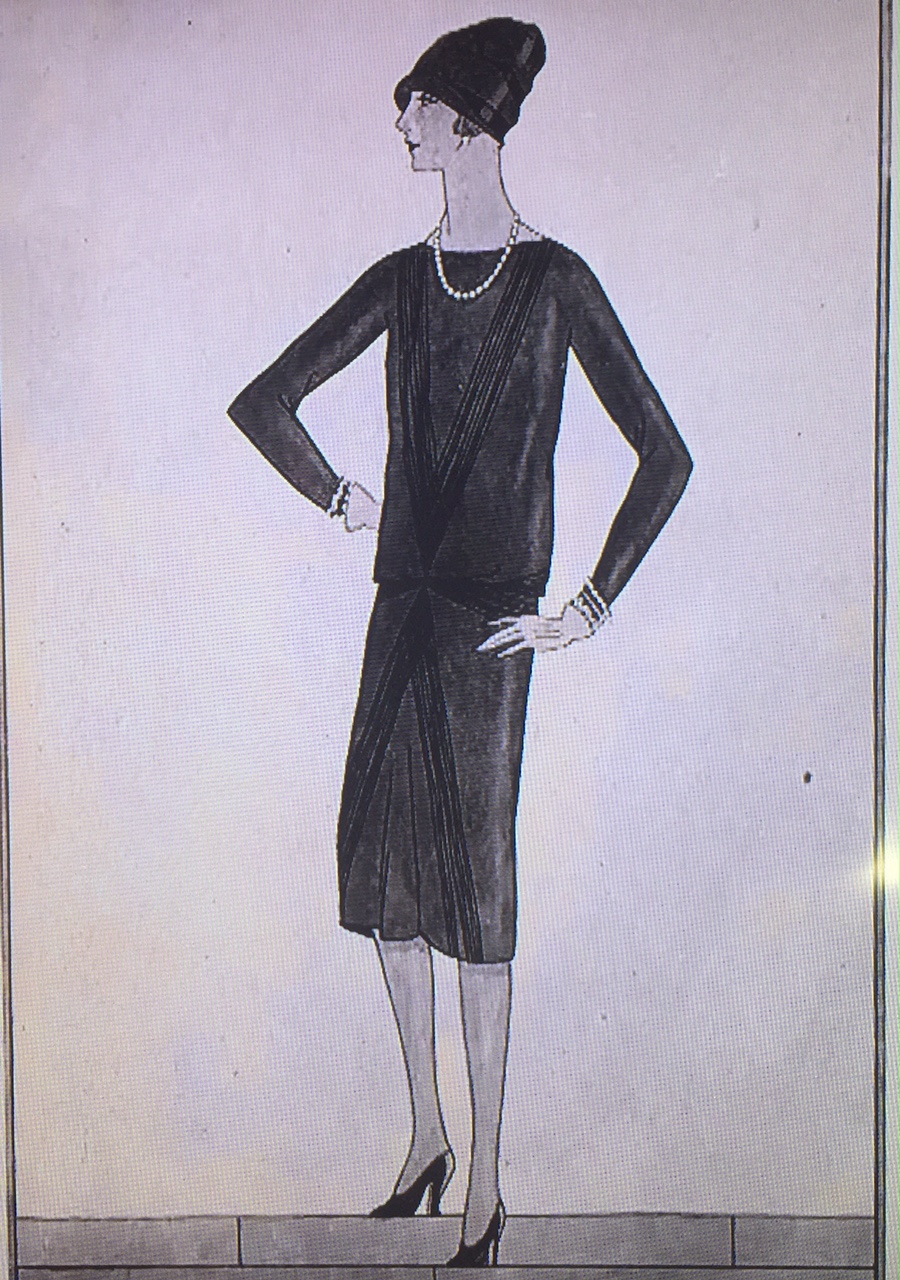 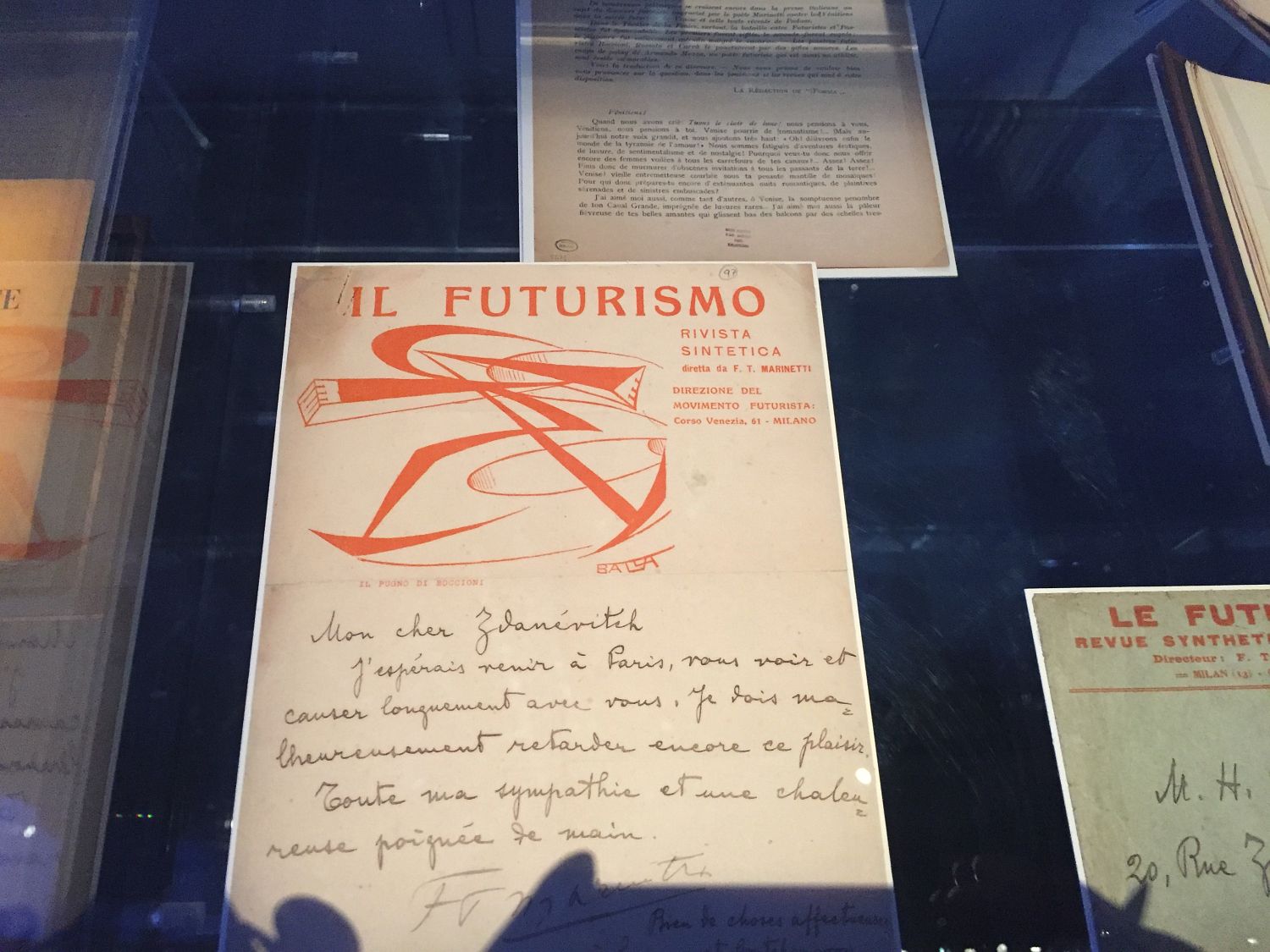 For the first time Gabrielle met luxury in the little convent church where she was abandoned by her father, after her mother's death. The little girl noticed a blue and golden coffer, decorated with enamels. From then on she started her personal, almost sacred, research of luxury and beauty. 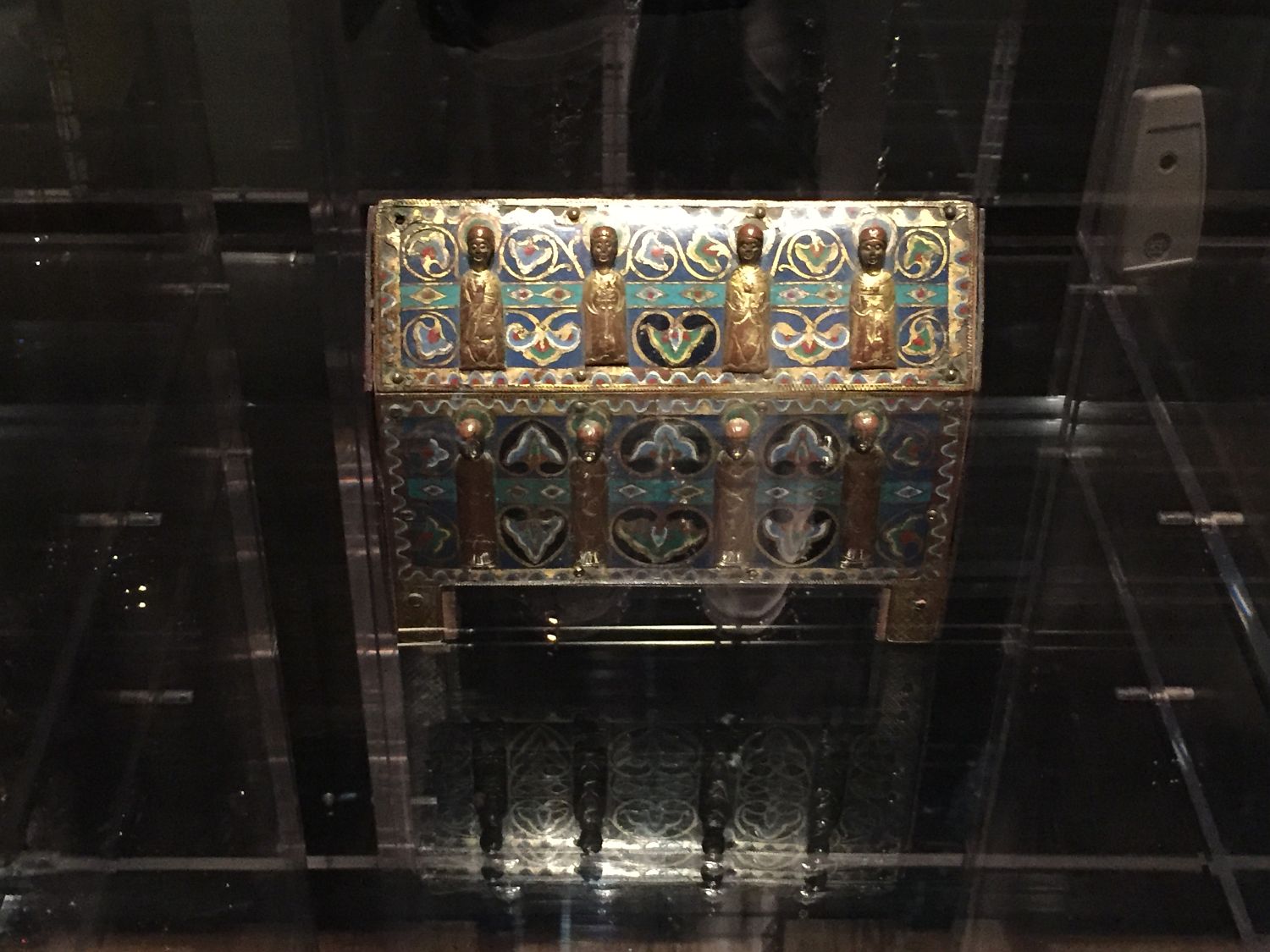 Coco started to create precious jewels, such as platinum and diamond stars. She was quite a solitary person, but she would not perceive solitude as a heavy burden, thanks to her positive vision on the world. The stars of the universe, as she put it, gave her the possibility of living a life full of light; now it was her turn to fill up with light the sky of fashion: her exclusive dresses decorated with stars and comets thus appeared. 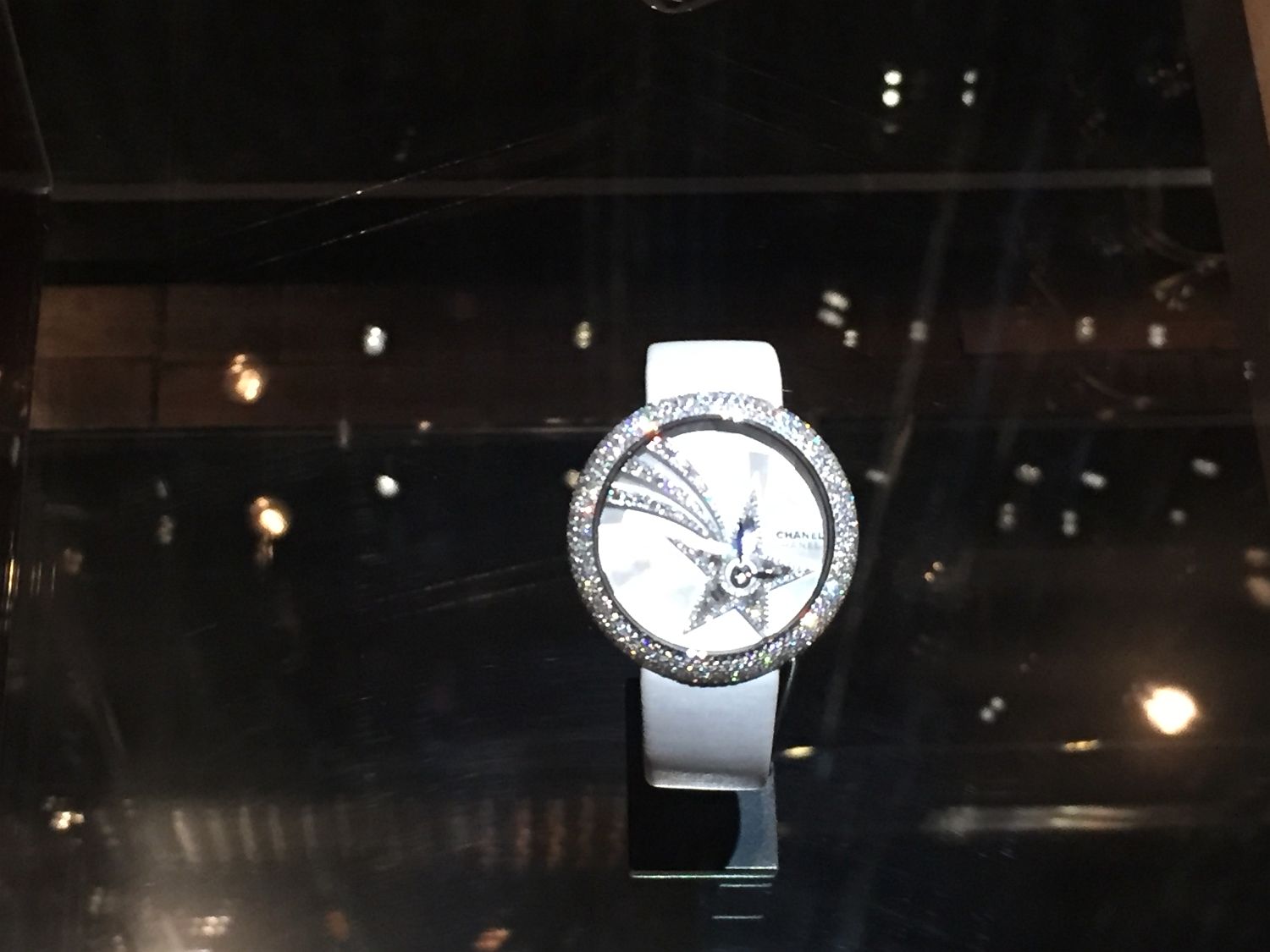 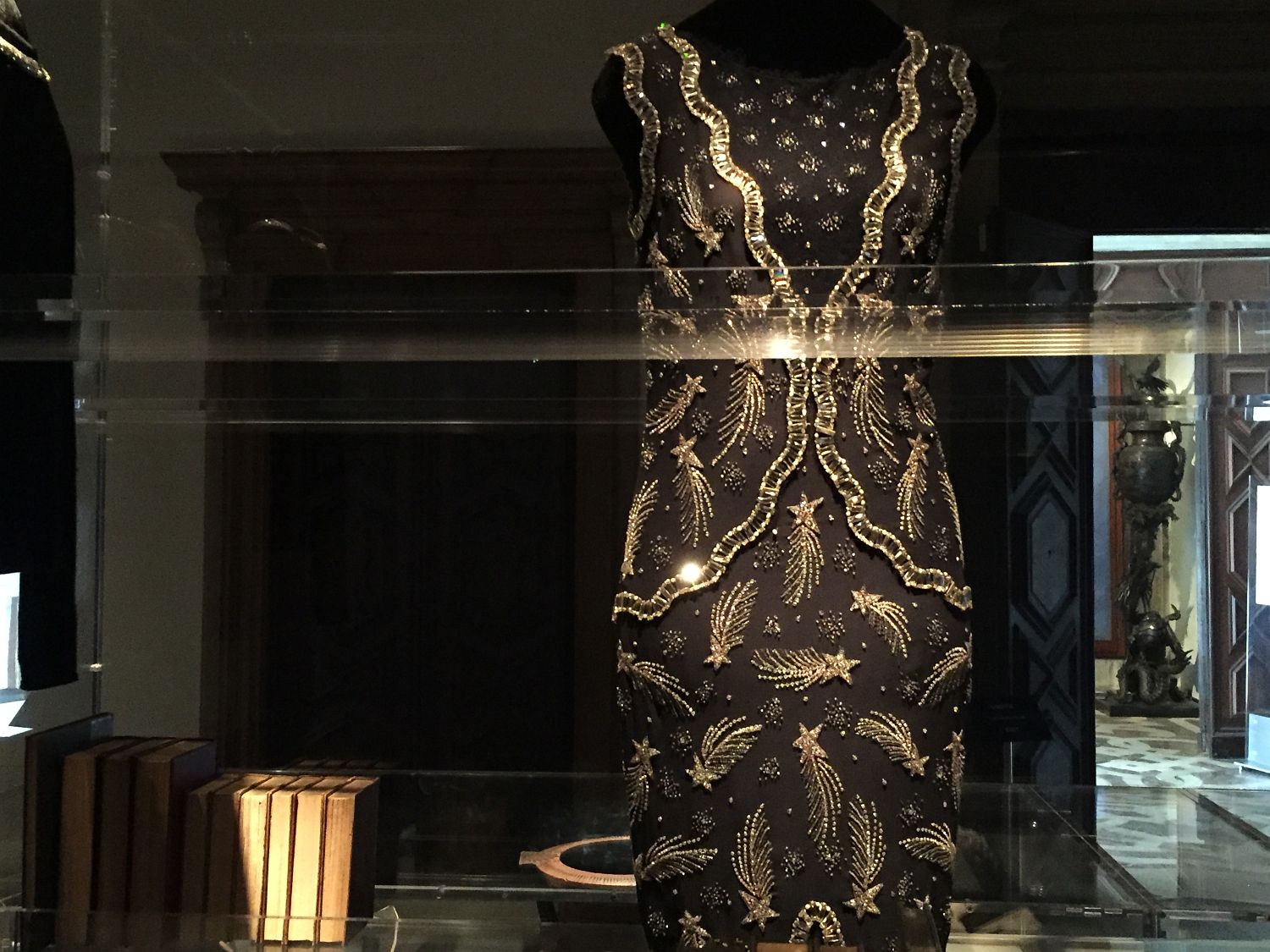 In the exhibit at Ca' Pesaro visitors can admire a stone with a strange form: it is a piece of meteorite that Coco received as a present. She felt that this object contained the energy of the universe, so she would touch it reverentially every day.

Coco had one great love in her life: Boy Chapel, who died in a car accident in 1919. Still mourning on the death of her man, she came to Venice in 1920, and immediately understood that this city could become her own city, where her life could really change. She was born in the sign of Leo, and the lion is the symbol of St. Mark the Evangelist, the patron saint of Venice, and of the city itself. Gabrielle enjoyed observing the numerous lions in different parts of Venice. "I am a Leo", she confessed, "and, like a lion, I use my claws to prevent people from doing me harm. But believe me, I suffer more from scratching than from being scratched." 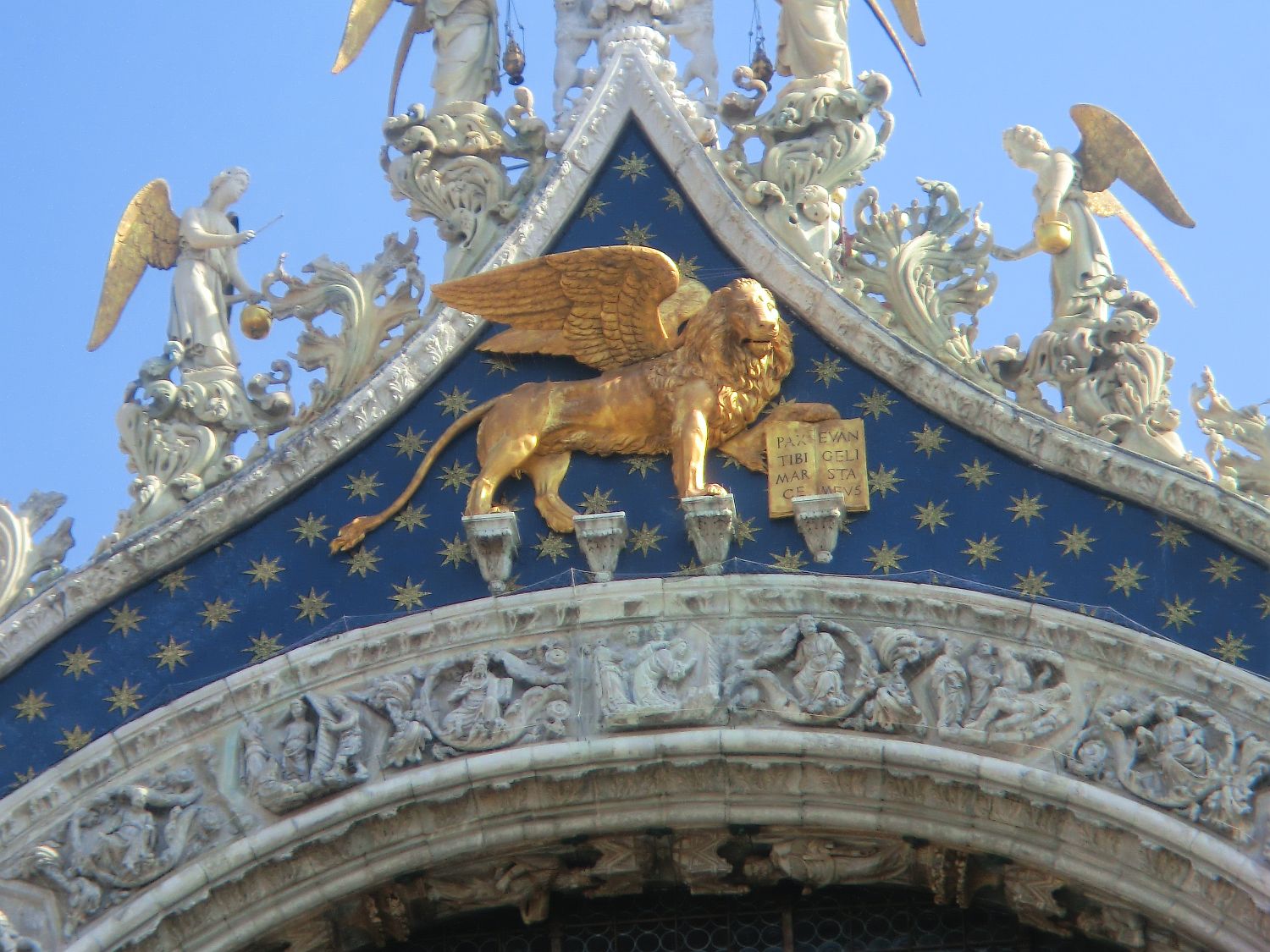 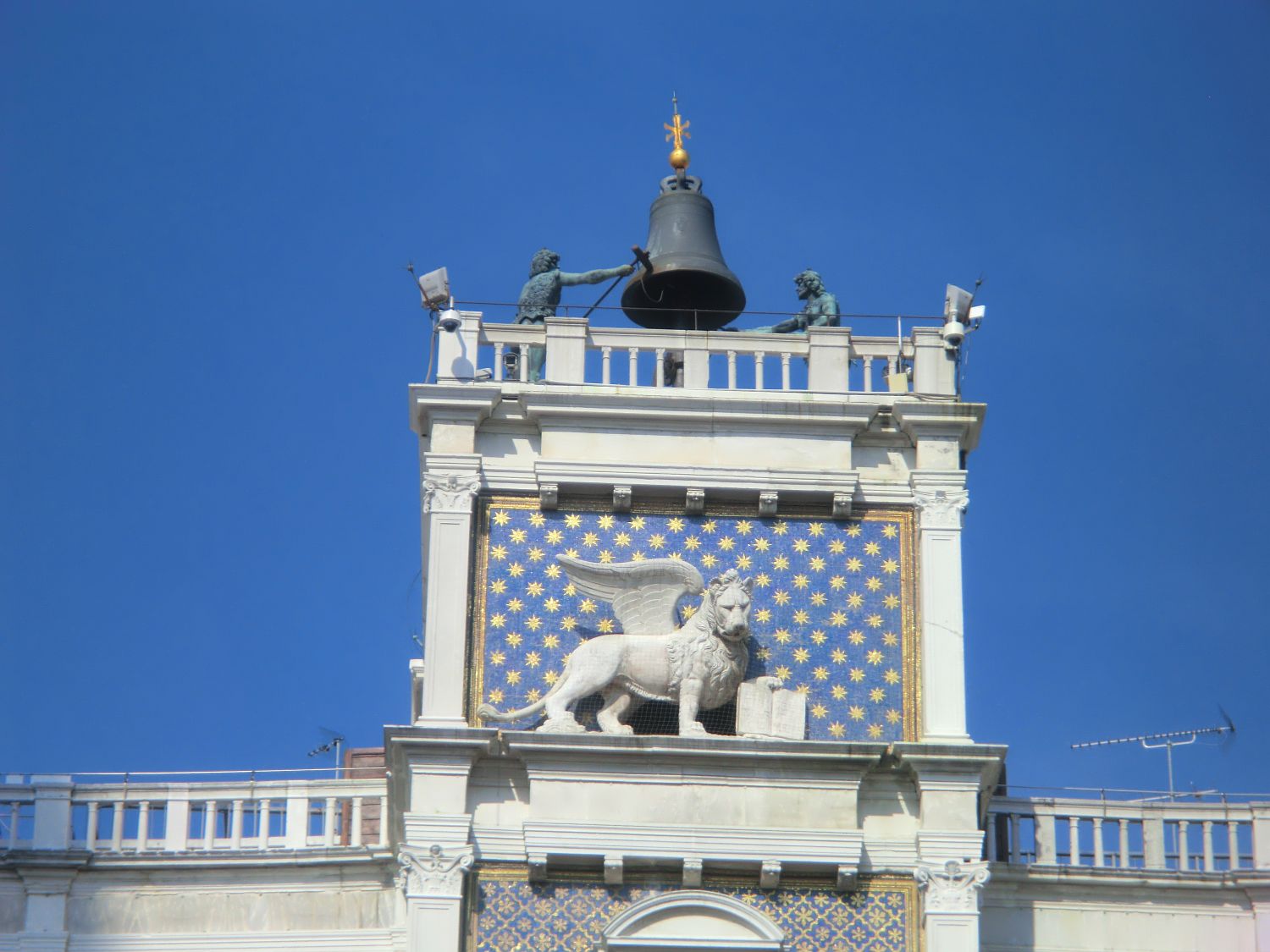 In her apartment in Paris Coco was surrounded by lions of different materials. Quite a few of them are present in this exhibit. 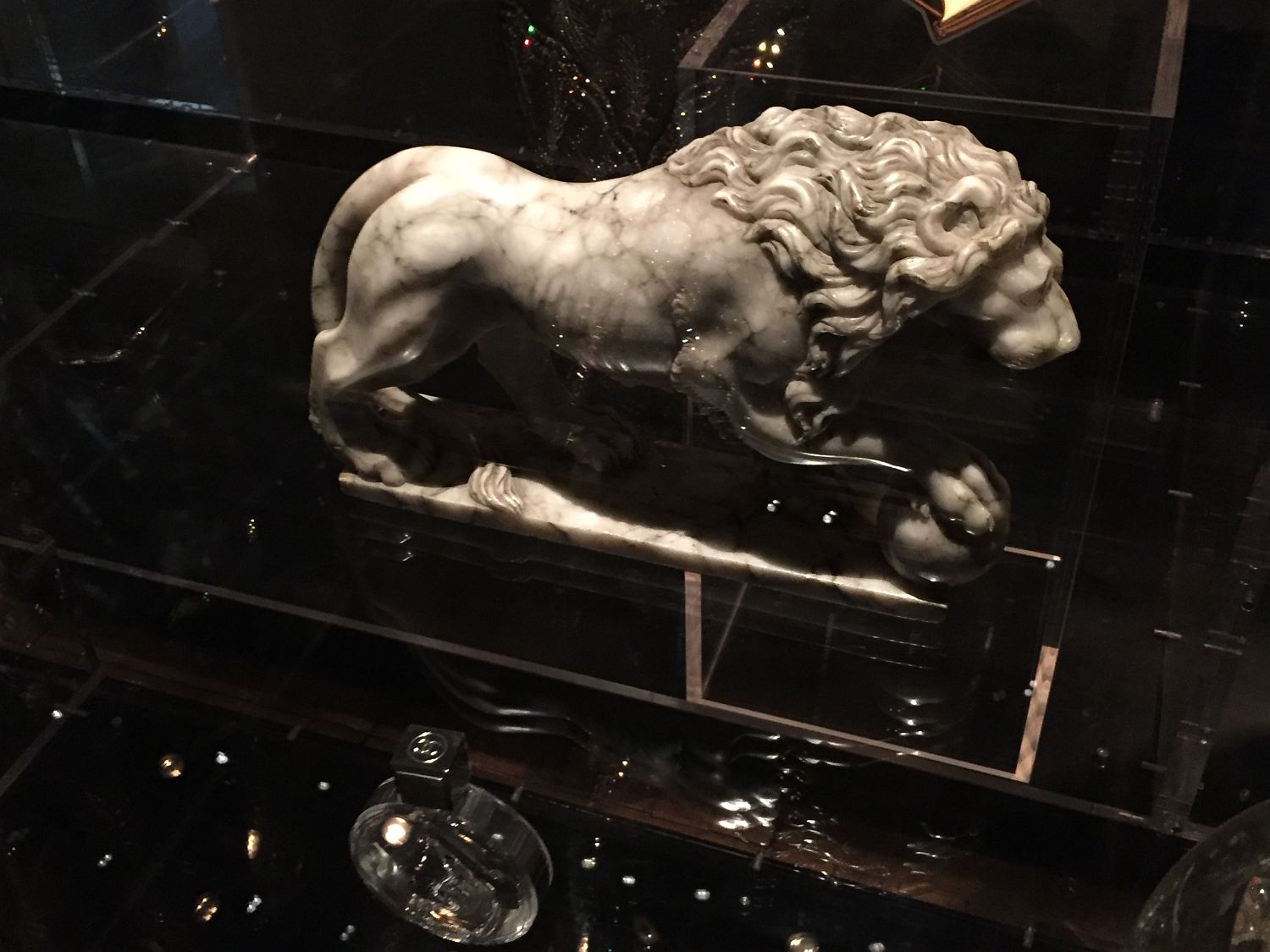 In Gabrielle's library there used to be also a headless statue made out of white marble, a nude with a sinuous line: Venus. The goddess in this sculpture appears both sensual and chaste at the same time. "This sculpture should be dressed up with the book covers of different materials," Mademoiselle Chanel used to say. 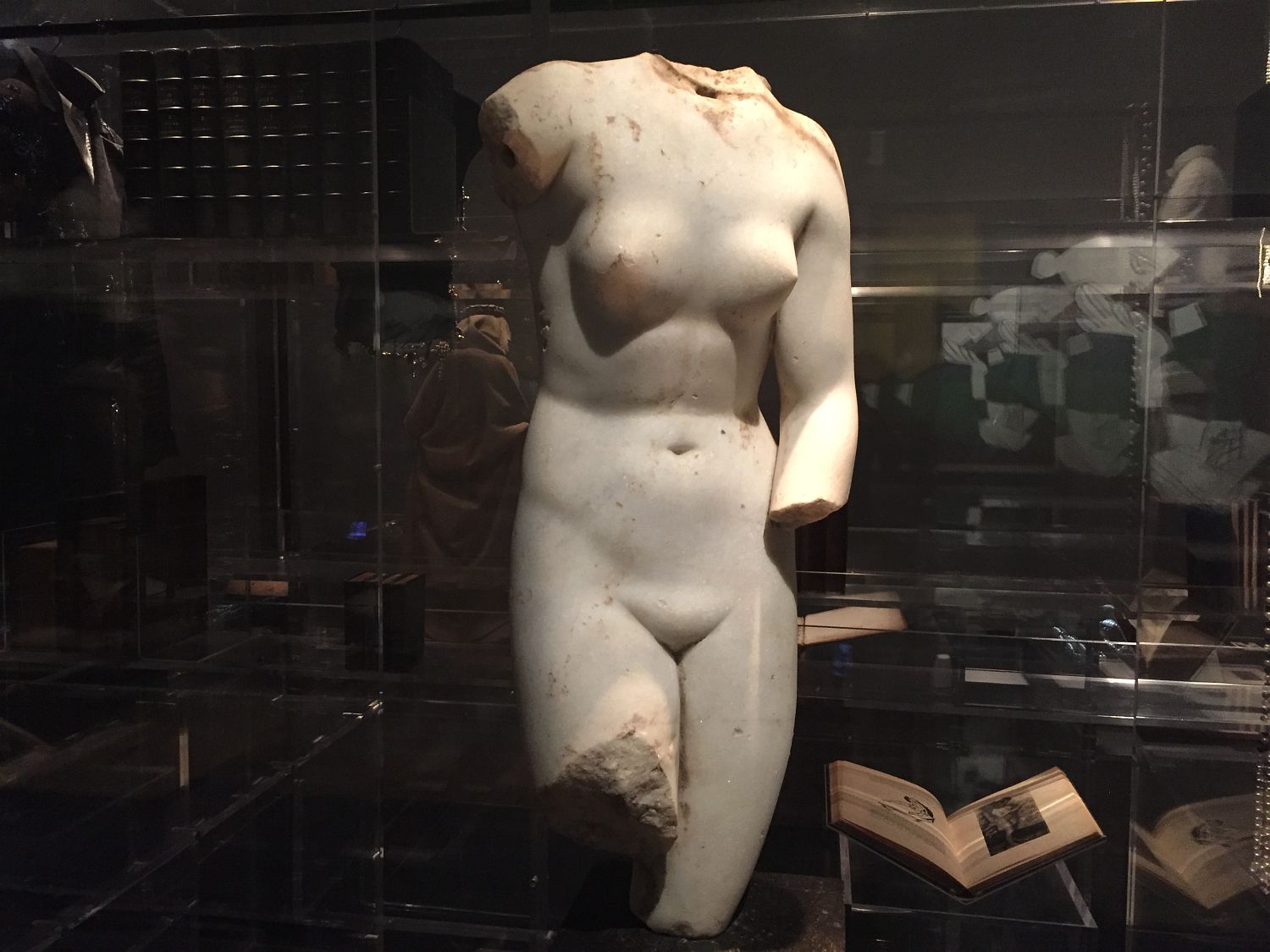 Once more, Coco asserted the importance of reading in her life: books inspired her, reading was the creative and original spark that made Chanel a unique and unforgettable woman. She was sure that her own legend would have grown up to the point when it would have started its own independent journey; her wish was that this journey could last as long as possible. Her wish has become true. The journey still goes on. "In order to become unique, you have to be irreplaceable", she used to say. And in this she succeeded. 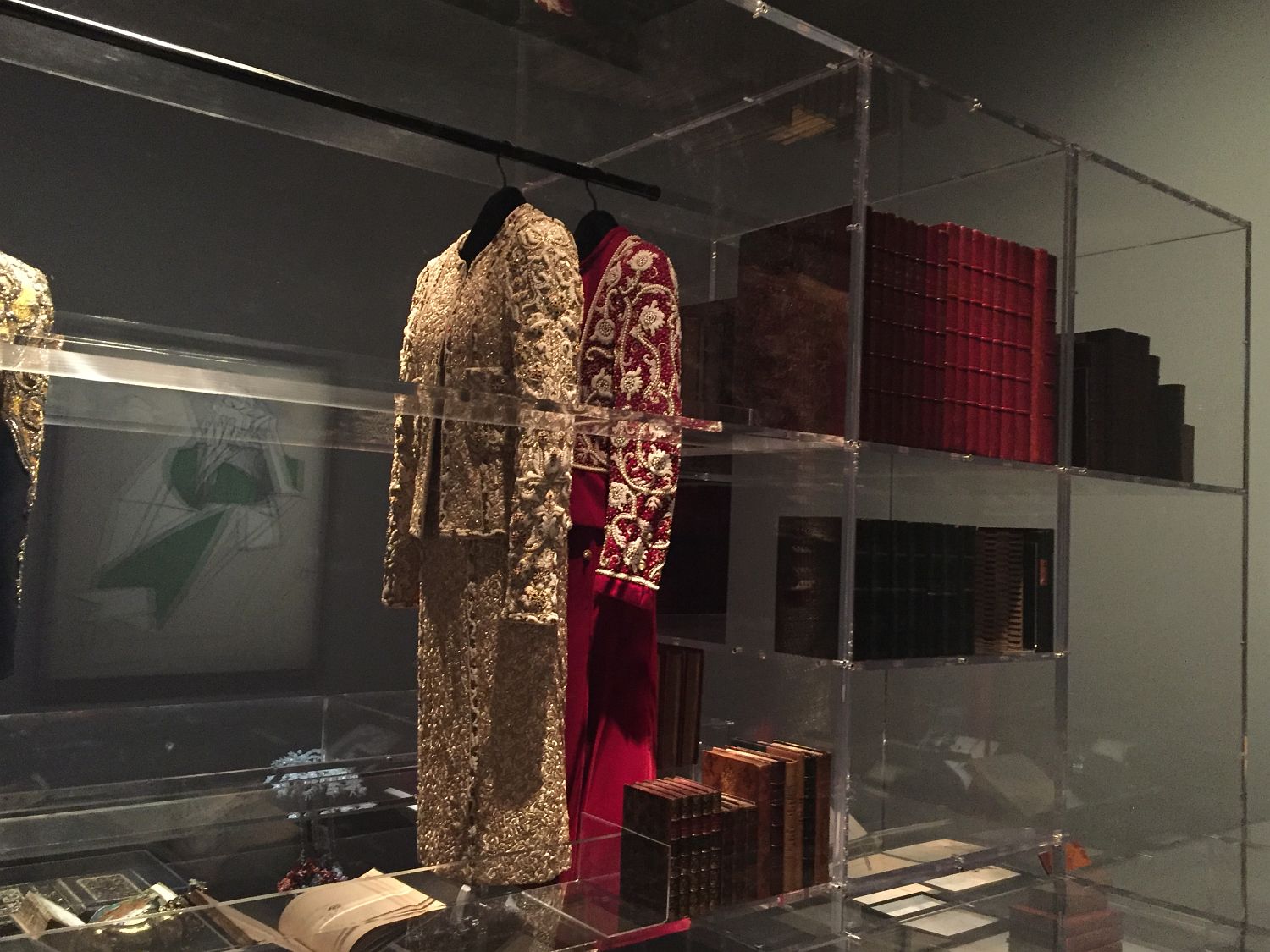 The exhibit will end on January 8, 2017. But the strong connection between Coco and Venice will continue forever. It is possible to admire at Ca' Pesaro several jewels and clothes decorated with mosaic tiles, for which Gabrielle took inspiration from the Byzantine mosaics of St. Mark's Basilica and from the enamels of theGolden Altarpiece in St. Mark's. 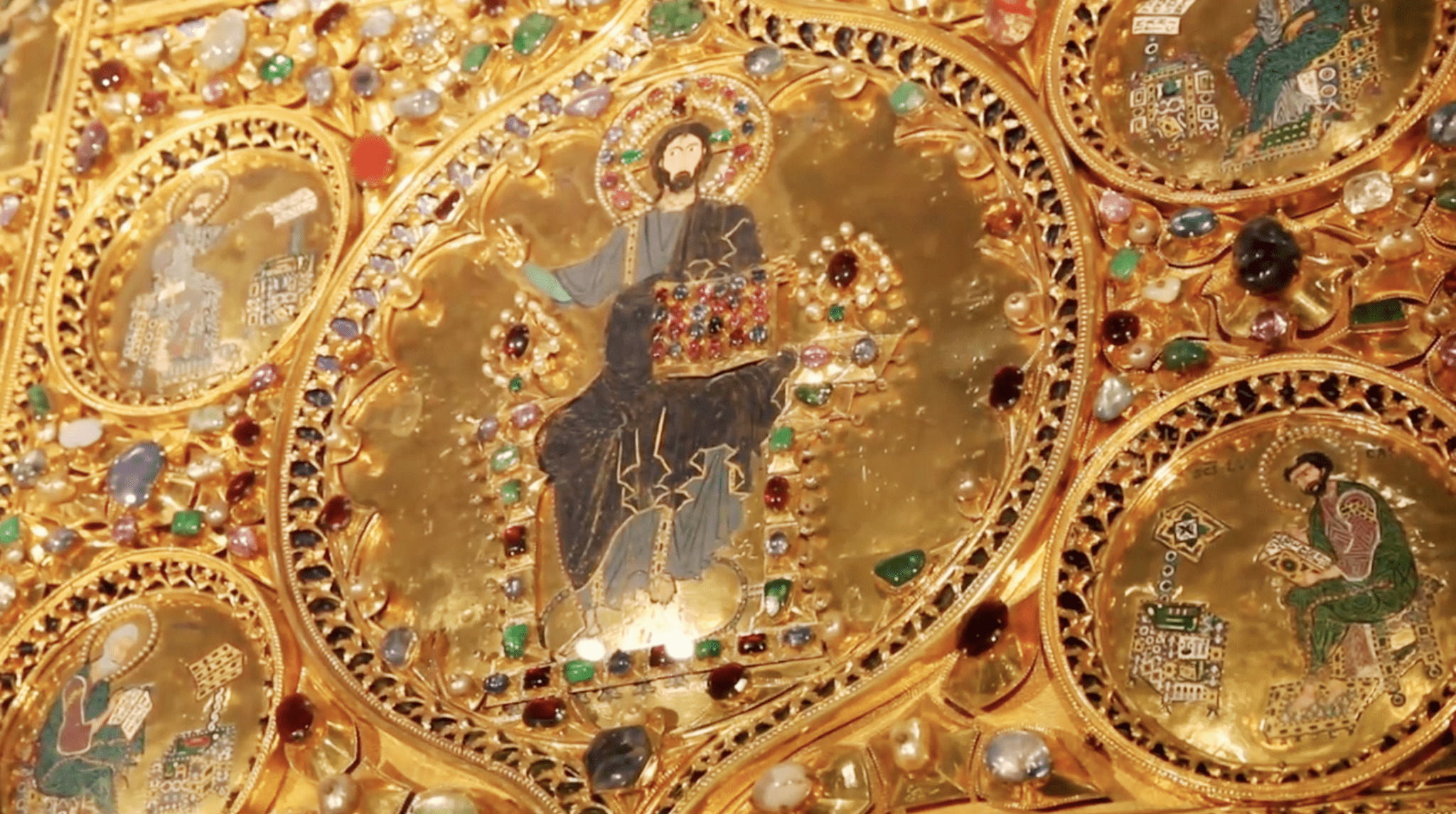 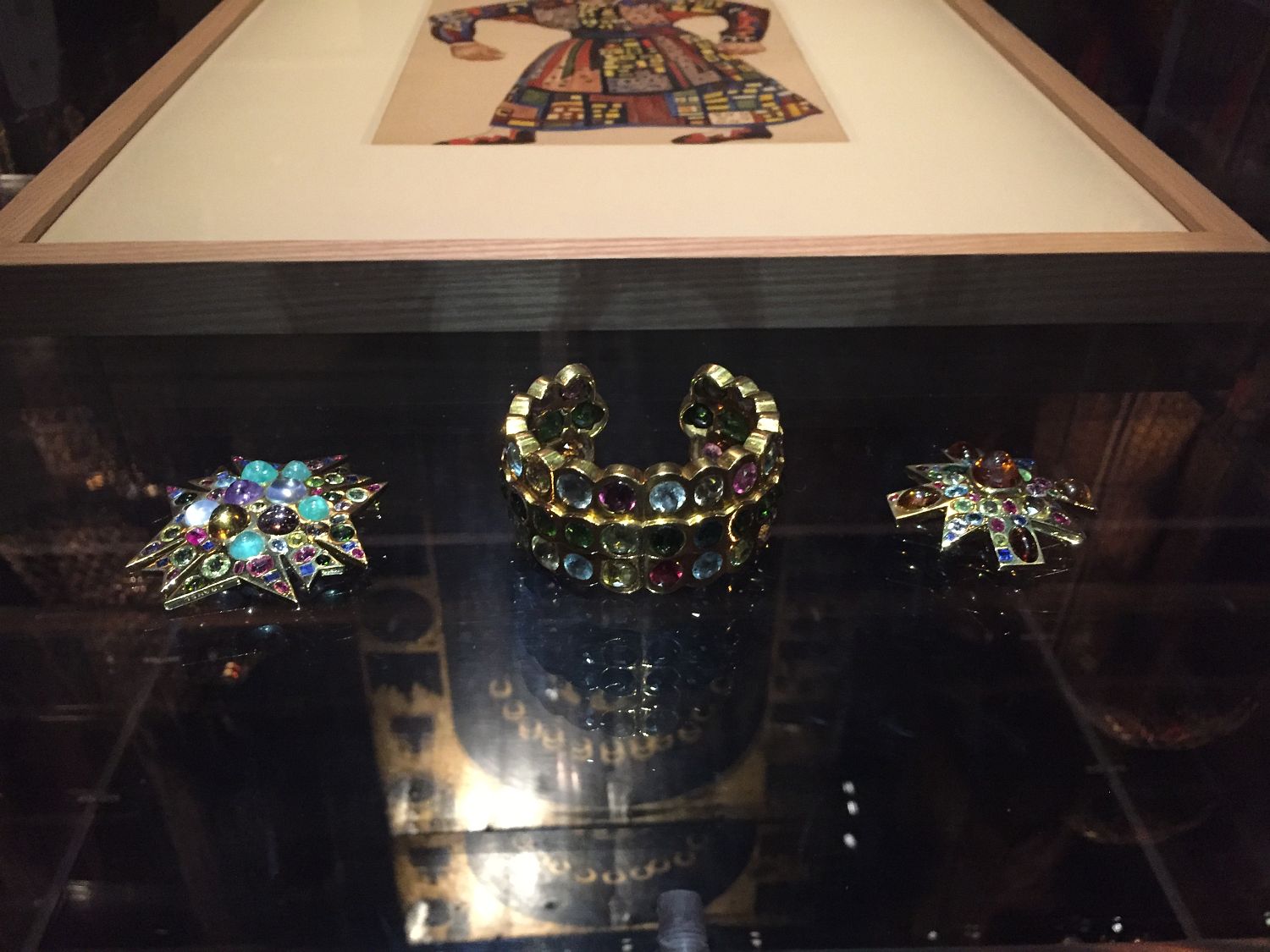 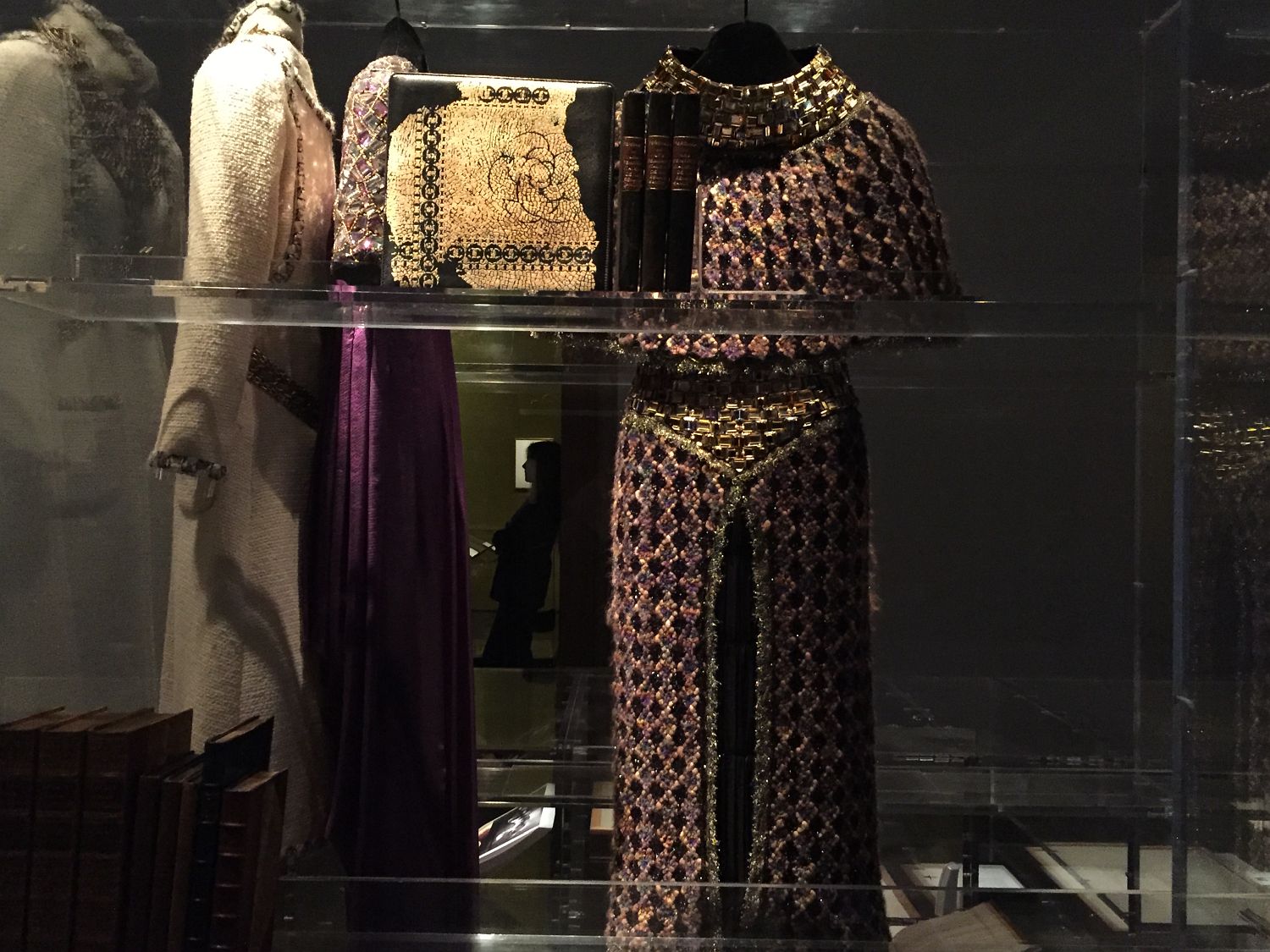 Venice was the place where she passed from mourning to light. She loved the beach on the Lido island, she enjoyed walking along the narrow alleys of unknown Venice, she adored admiring the paintings of the famous artists of Renaissance Venice, she loved to meet her friends in the cafés of St. Mark's Square and to take part in masked balls in the most beautiful Venetian palazzos. Among her dearest friends, it is worth to mention the impresario of the Russian Ballet (Русский Балет) Sergej Djagilev, for whose shows she drew the costumes. Eventually, when Djagilev suddenly died in Venice, she paid for his funeral, which was held in the Greek Orthodox Church. 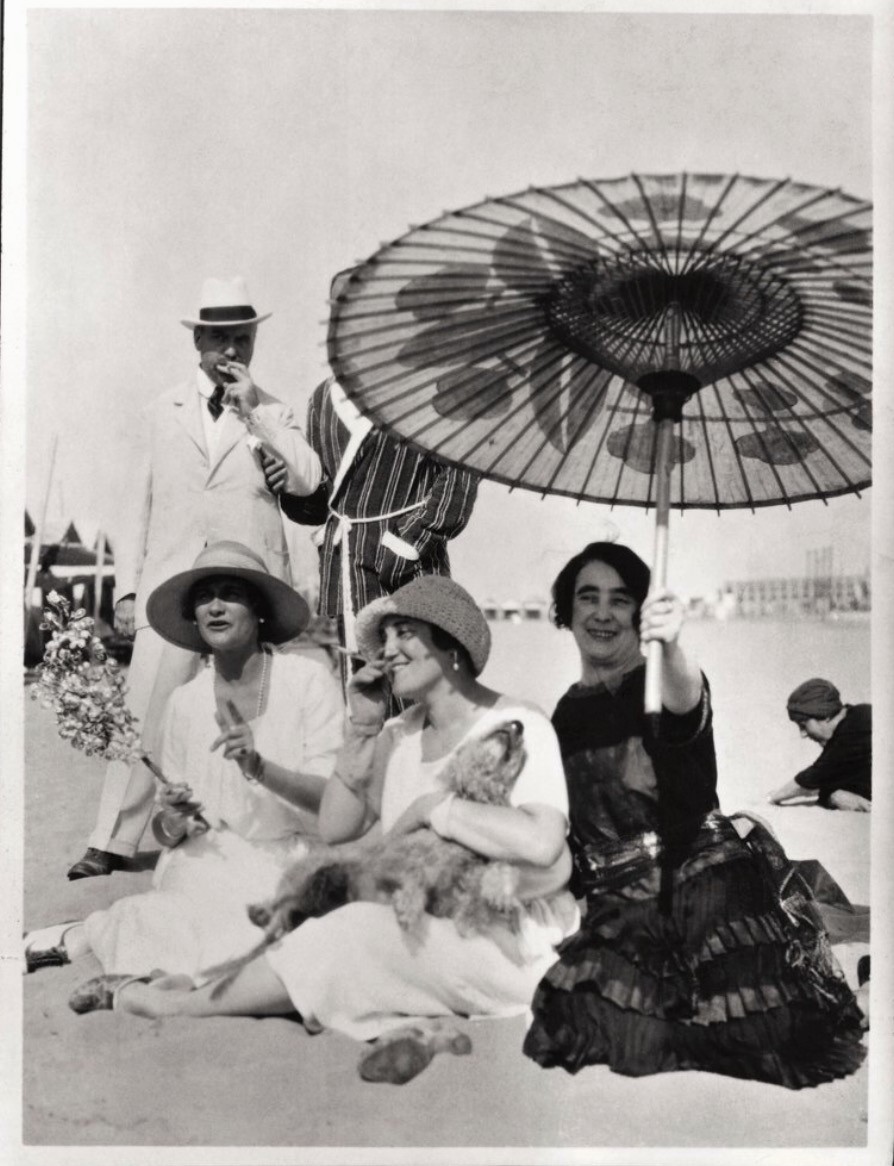 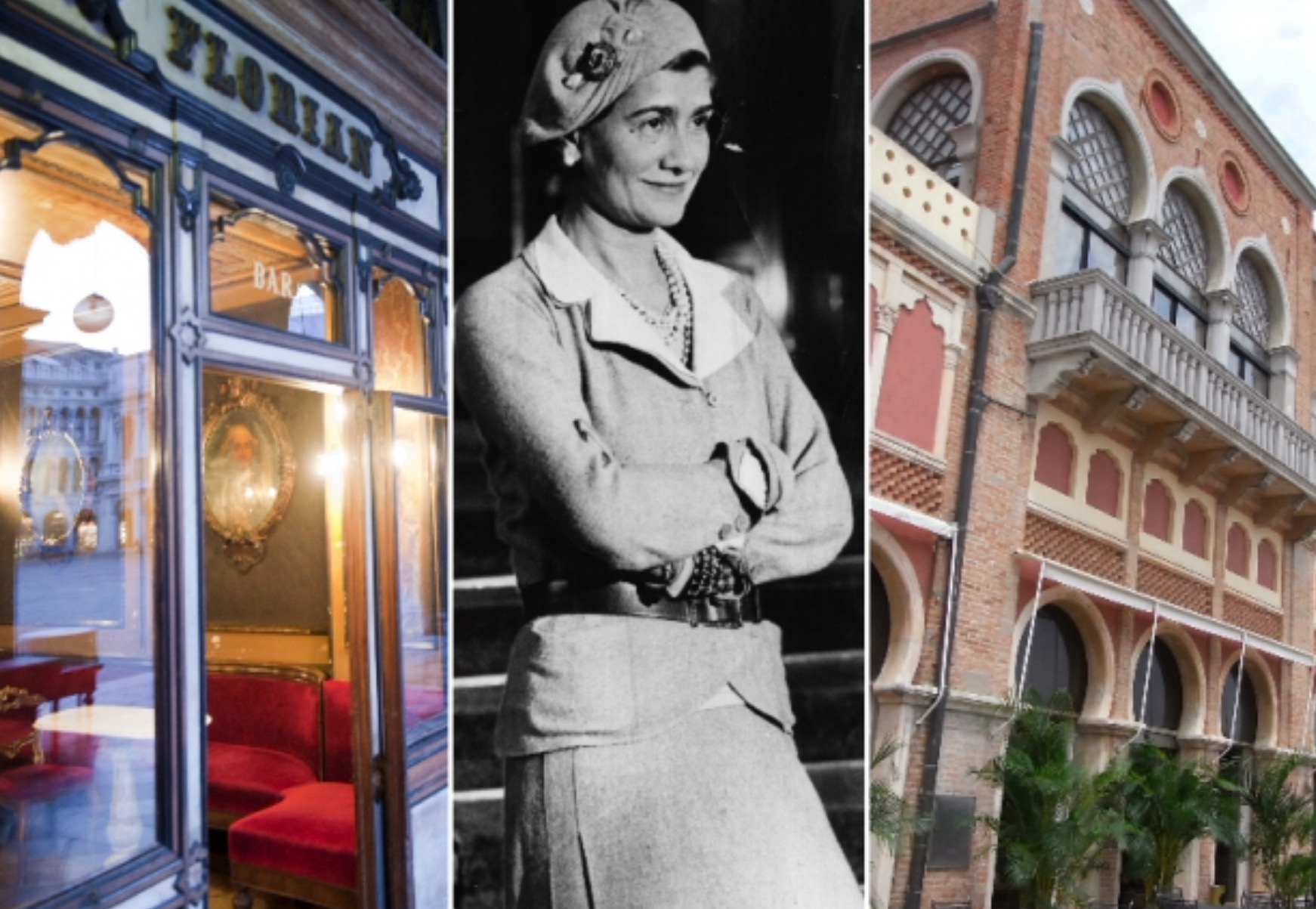 There are quite a few places in Venice that are connected with Coco Chanel's life. Come and discover them with us!

Let us now take leave from you with a quote of this incomparable woman, who, as courageous as a lion, never gave up, always trying to make her dreams come true, going beyond the rules of her times, thus becoming a winner.

"If you were born without wings, do nothing to prevent them from growing". (from Maximes et Sentences by Gabrielle Chanel, Vogue, Paris September 1938).

Thanks, Coco, for having loved our city so much! 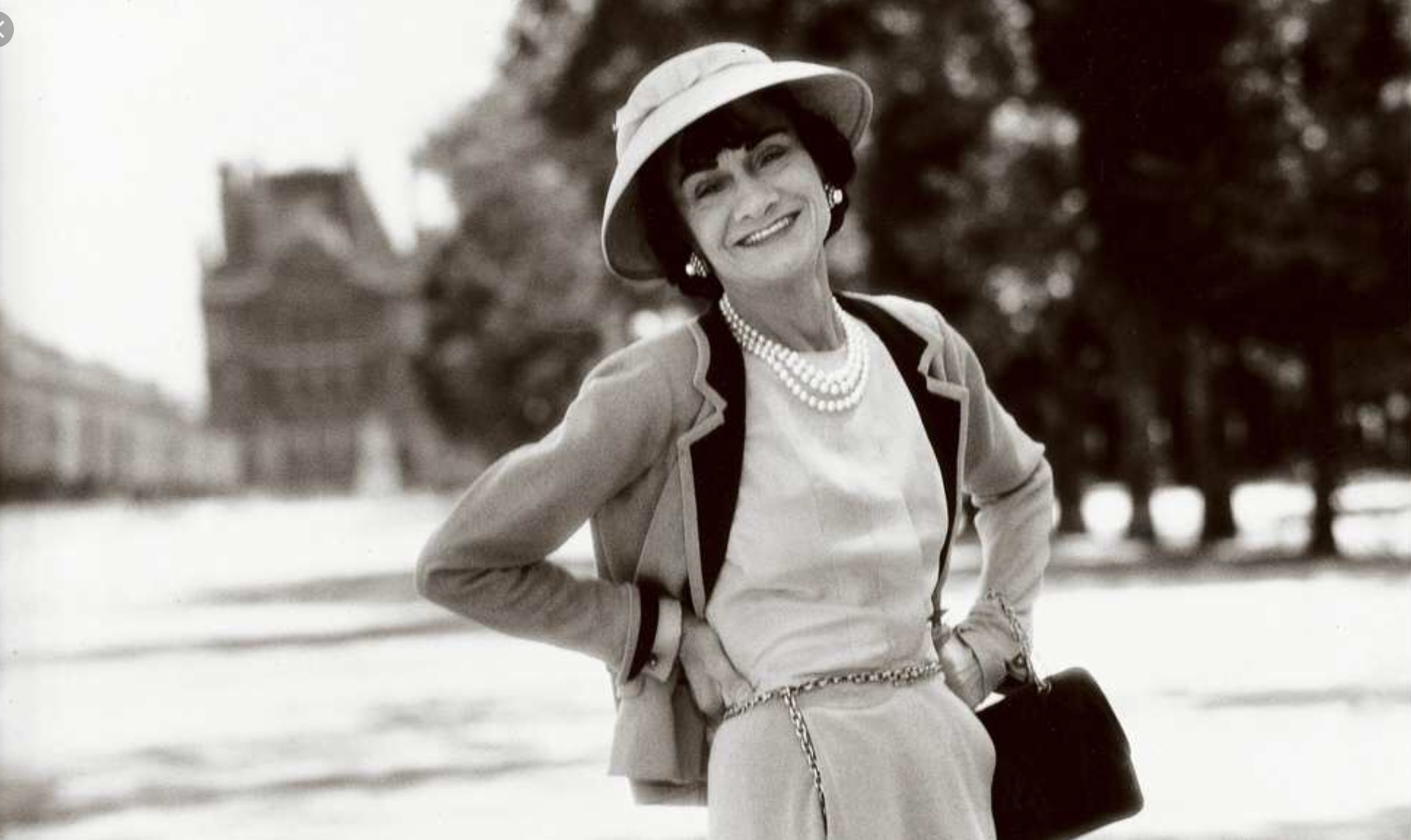