A jewel inside the Doge's Palace When we visit the Doges’ Palace we should spend a few minutes to admire the marvelous Giants’ Staircase, a perfect example of Venetian Renaissance Architecture. Along with its extraordinary artistic importance, it also played a fundamental role in the political life of the Republic.

The political function of the Staircase
The Giants’ Staircase was projected by architect Antonio  Rizzo between 1484 and 1491, on commission of the Great Council.
The previous staircase was quite a simple marble structure, which at some point started to be considered unsuitable for the relevant political function it covered. In fact, on top of the staircase, the newly elected Doge would receive the zoia, that is the Doge’s horn, the unusual ”crown” that he had to wear on the official religious and political celebrations. We can say, then, that on top of the staircase the Doge would be crowned. 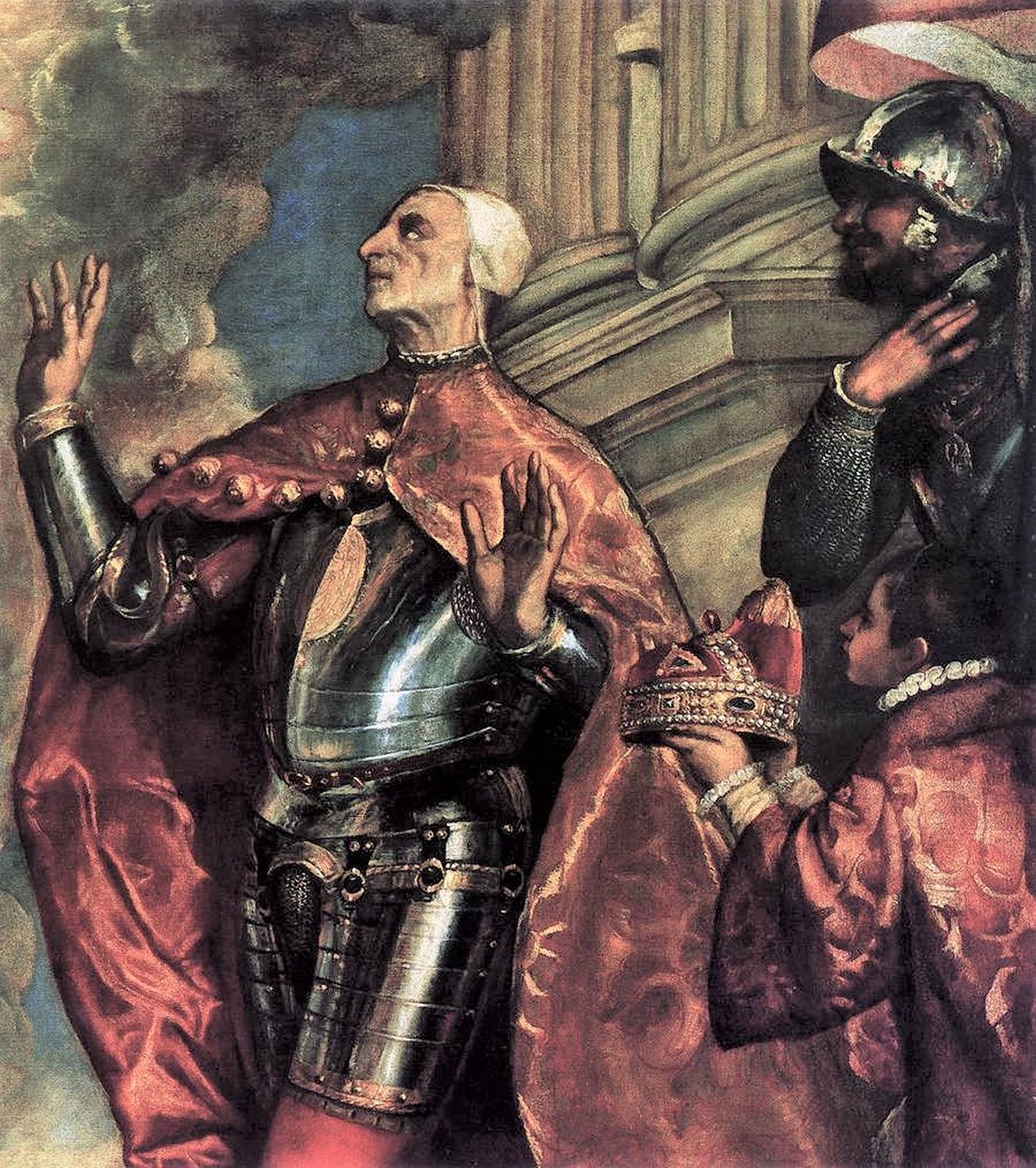 The Doge’s Horn (detail from the painting “Doge Antonio Grimani Kneeling Down in front of Faith”, by Titian)

Up there the Doge had to be very well visible to all those that would come to witness the event and to hear the Doge’s promise (promissio ducis), with which he would pledge allegiance to the Most Serene Republic.
It was probably to stress the political importance of the staircase that later on top of the new Renaissance structure two marble sculptures were added. They were carved by the official architect and sculptor of the Venetian Republic Jacopo Sansovino. The two sculptures, representing Neptune and Mars, would symbolize the commercial and military power of Venice, both in the mainland and at sea.

The artistic value of the Giants’ Staircase
The decoration of the rise of each step is quite impressive: a great deal of different patterns created with the niello technique. It is a very ancient technique, that we can find even in Ancient Egypt. It became very popular, reaching its perfection, in the Middle Ages and during Renaissance. The word niello comes from the Latin nigello, which means blackish. 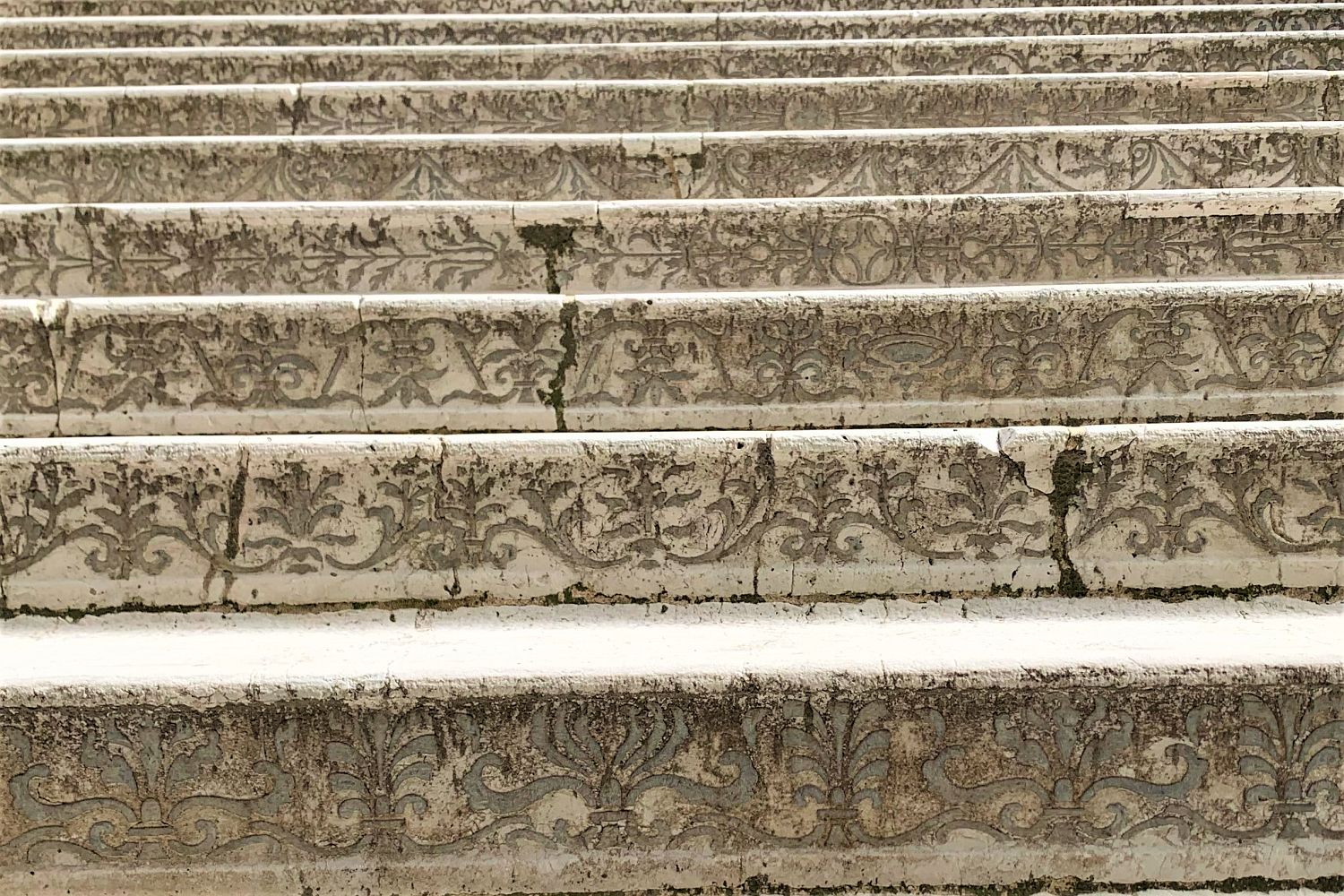 The entire structure is also decorated with beautiful bas-reliefs, at the sides and on the banisters. 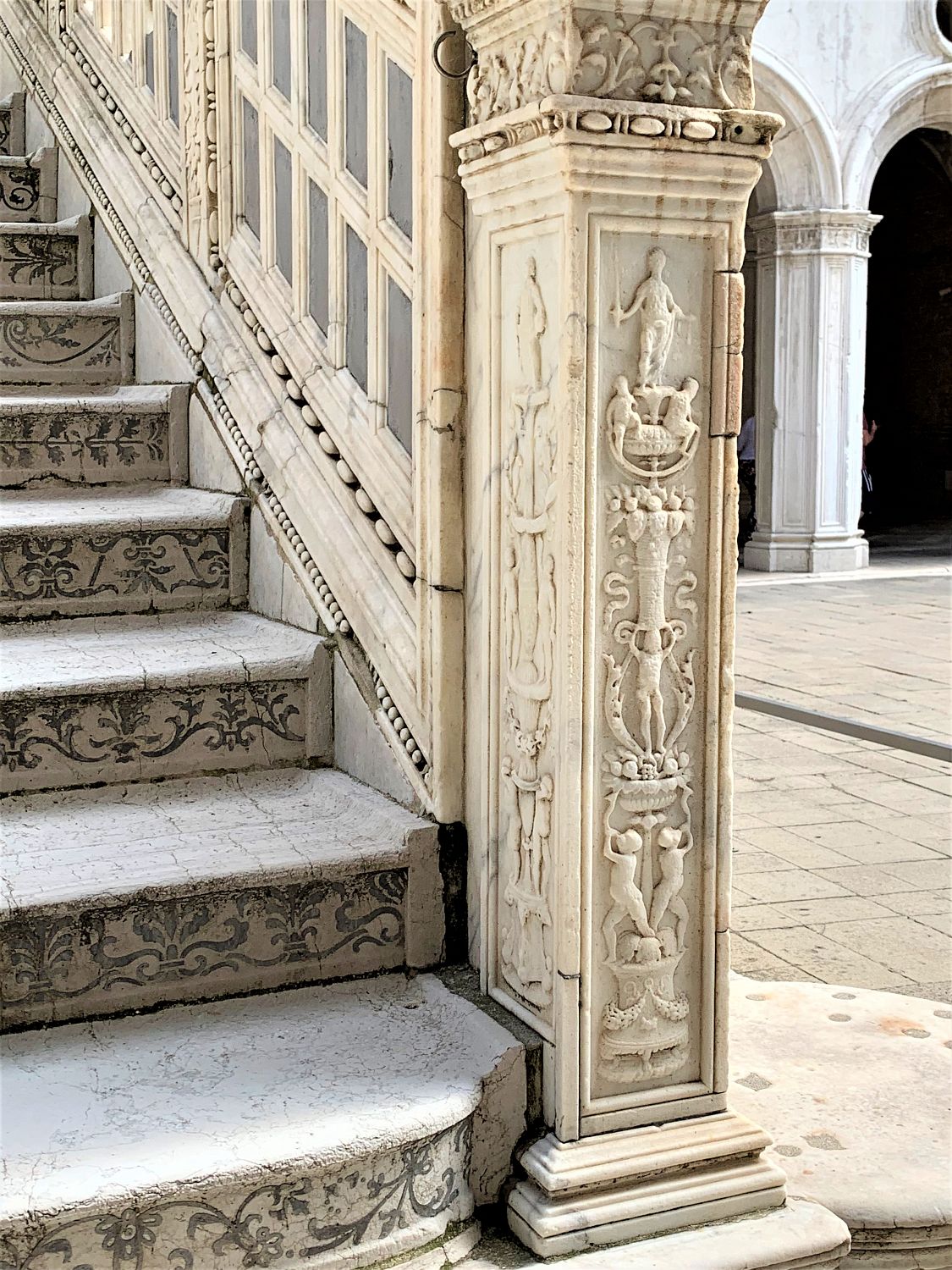 The staircase received the appellative Giants’ Staircase when in 1567 the two big sculptures by Sansovino were added on top.

Perfect in their nudity, Neptune is represented holding a dolphin, with his face covered by his beard and his hair messed up by the wind, whereas Mars holds his classical symbols, his helmet and his shield. The Tuscan, michelangiolesche design of the figures reaches here its highest, sublime peak. 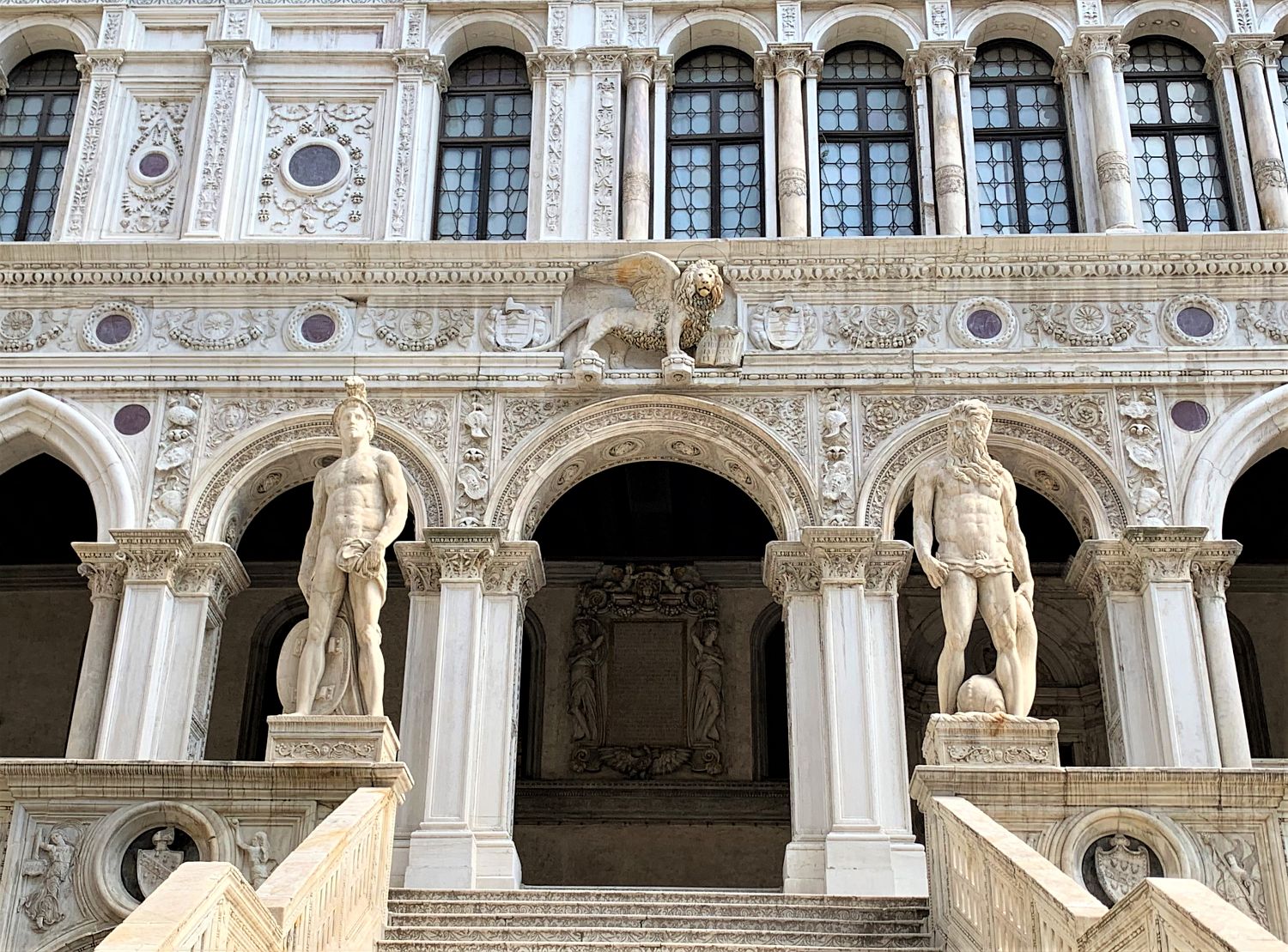 The stage for the Doge’s coronation had then achieved its highest artistic splendor.

It would also be the perfect place from where to remind the Doge himself, and all the viewers, that the Representative of the the Venetian Republic was after all a human being like everybody else, and as such subjected, in case of necessity, to judgments and punishments.
The staircase would then become the symbol of the Republic itself and of the demand for allegiance, love and respect that the Republic required: no individualism would be accepted, as the Doge would always be a servant of the State, not its head.

For a guided tour of the classical sites in Venice contact us at info@guidedtoursinvenice.com