A dream place, romantic, full of history, art and much more... Just little over a month ago, and namely on December 29th, 2020, Cafe Floriàn Celebrated its 300th birthday!
It is the most ancient still exiting public cafe in the world! 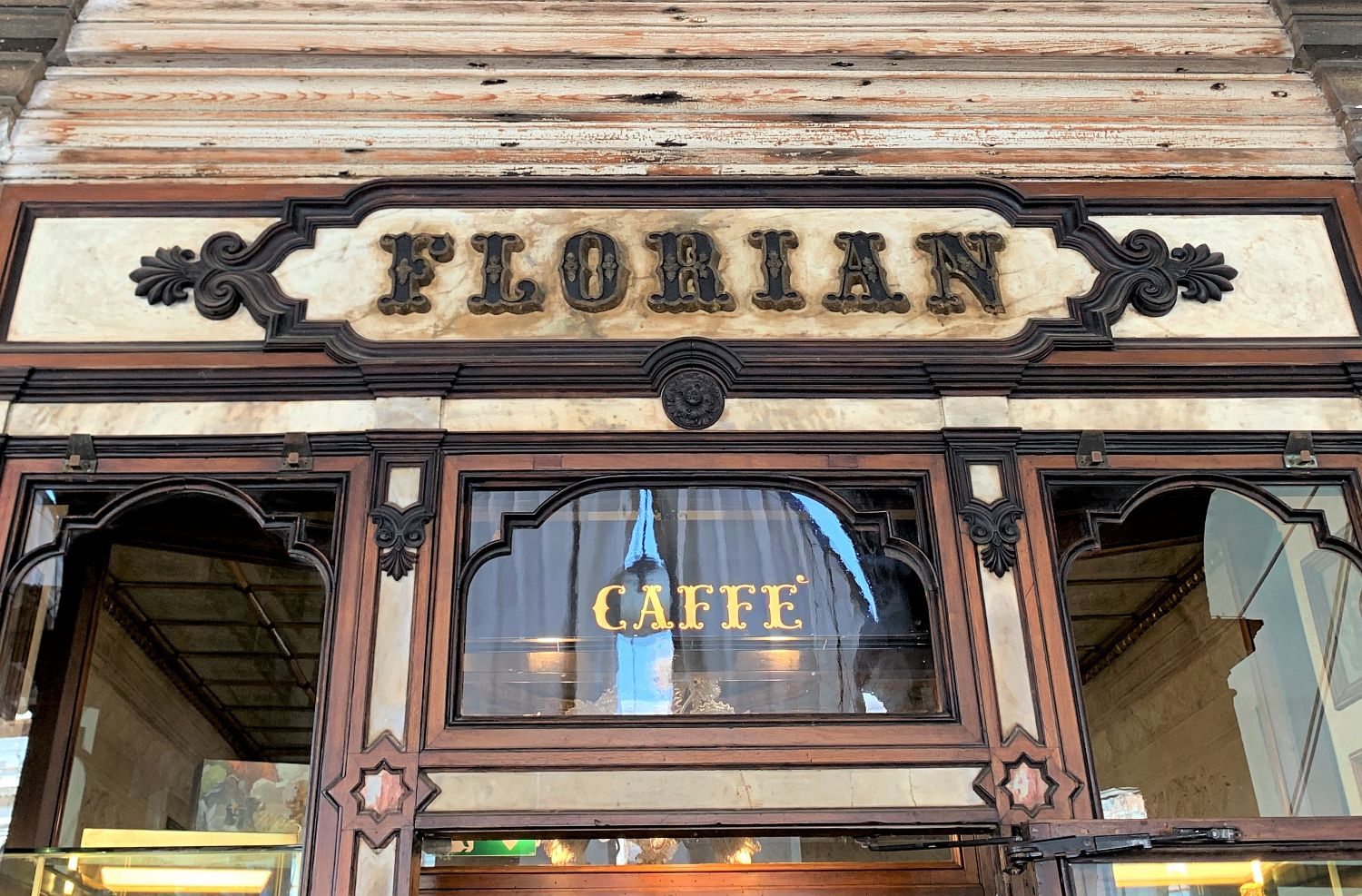 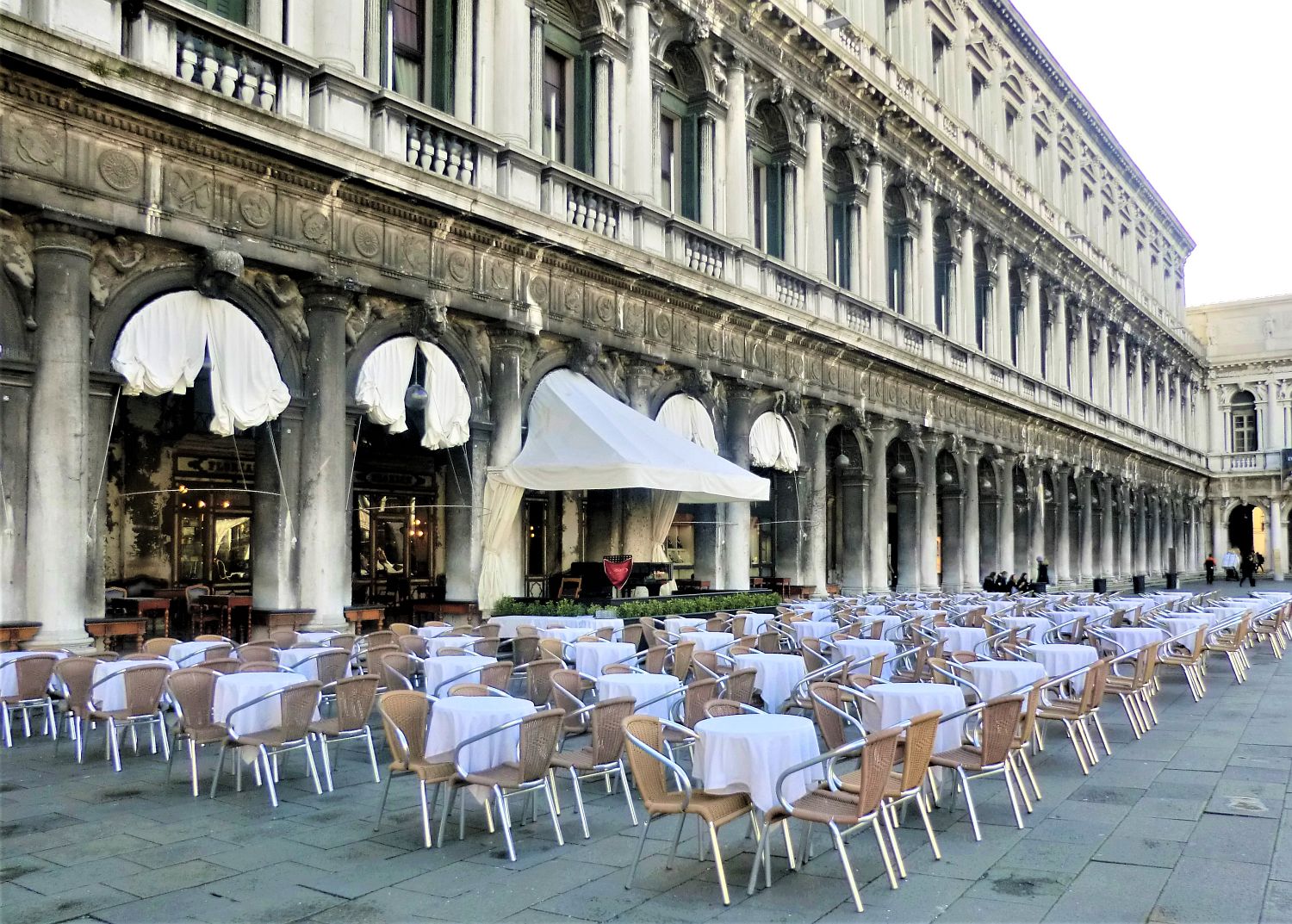 The Adventure of Floriano Francesconi and His Successors

During our guided tours in Venice we always mention that in 1720 Floriano Francesconi started his adventure by opening in St. Mark’s Square, under the building called Procuratie Nuove, a cafe named Alla Venezia Trionfante (“The Triumphant Venice”): it was a public place, where anyone could walk in, even women (!), where love affairs and scandals (so beloved in particular by the famous adventurer Giacomo Casanova) blended with political and cultural conversations, where the first newspaper of local chronicle in the world, the Gazzetta Veneta, was sold, where gambling was quite common…
It was actually more than a cafe: it was sort of a container of events that contributed to write the history of the city. And in fact, a little more than a century later, it became the place where Italian patriots, such as Daniele Manin, Niccolò Tommaseo, Silvio Pellico, would meet and discuss the political situation of Venice… it even became an improvised hospital for the wounded during the 1848 insurrection against the Austrian rule…


The Rooms of Cafe Floriàn 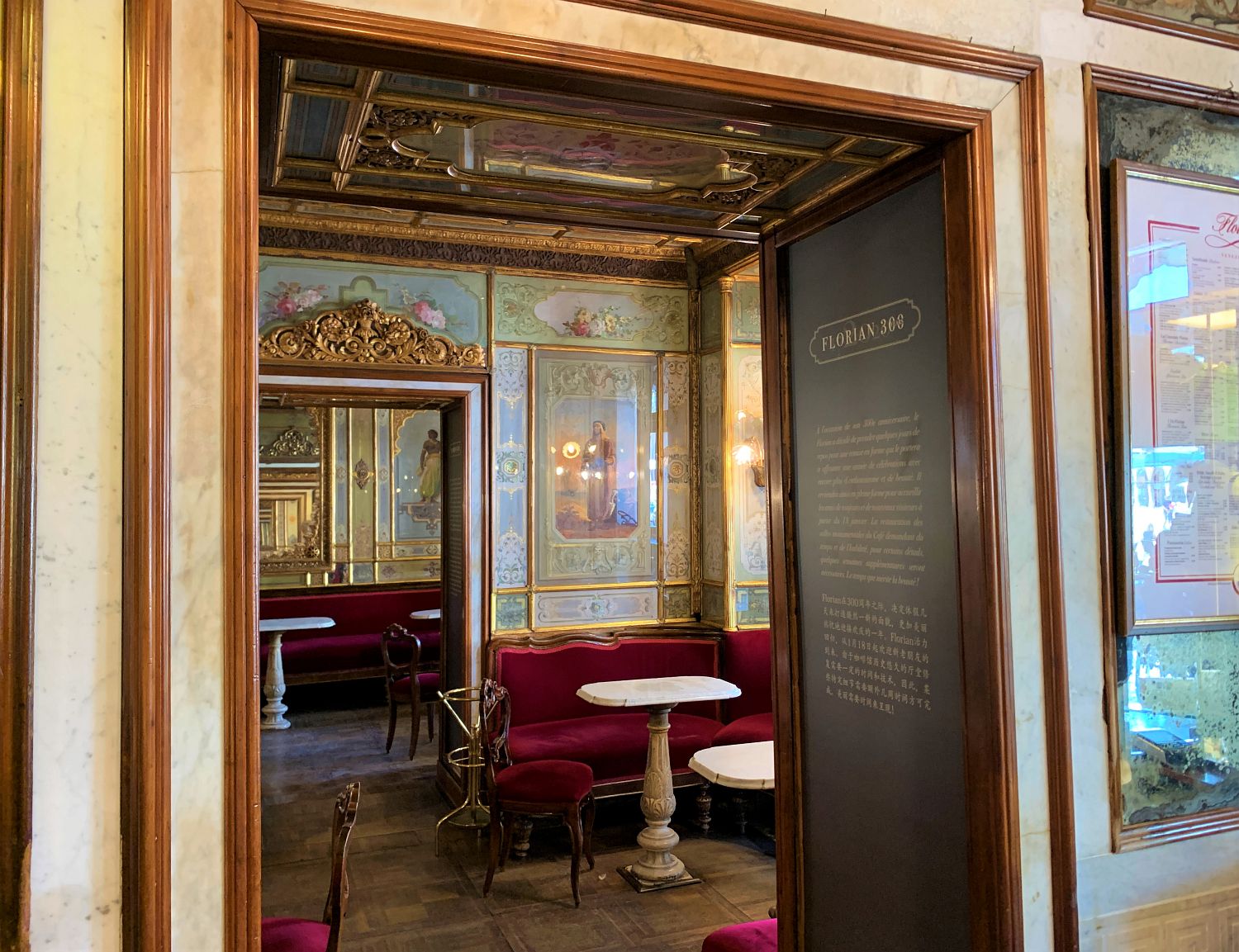 The cafe we see today is the result of the renovation promoted in the middle of the 1800’s by the new owners, who decided to restore the quite shabby decoration.
Every room displays a particular decorative theme: from the exotic figures of the Chinese Room and the Oriental Room, to the much more ambitious iconographic project of the Senate Room, where we can find paintings dedicated to Sciences and Arts. 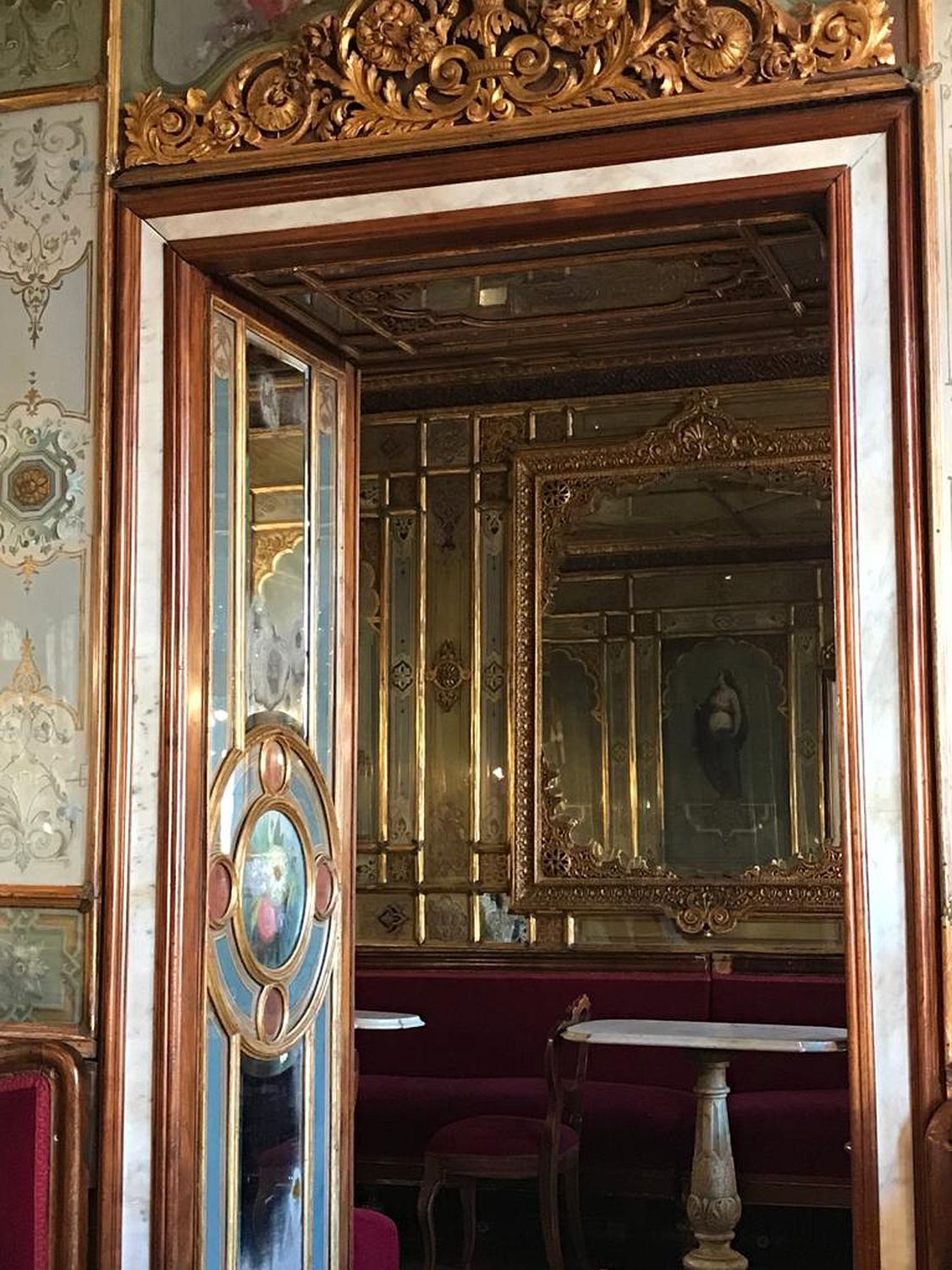 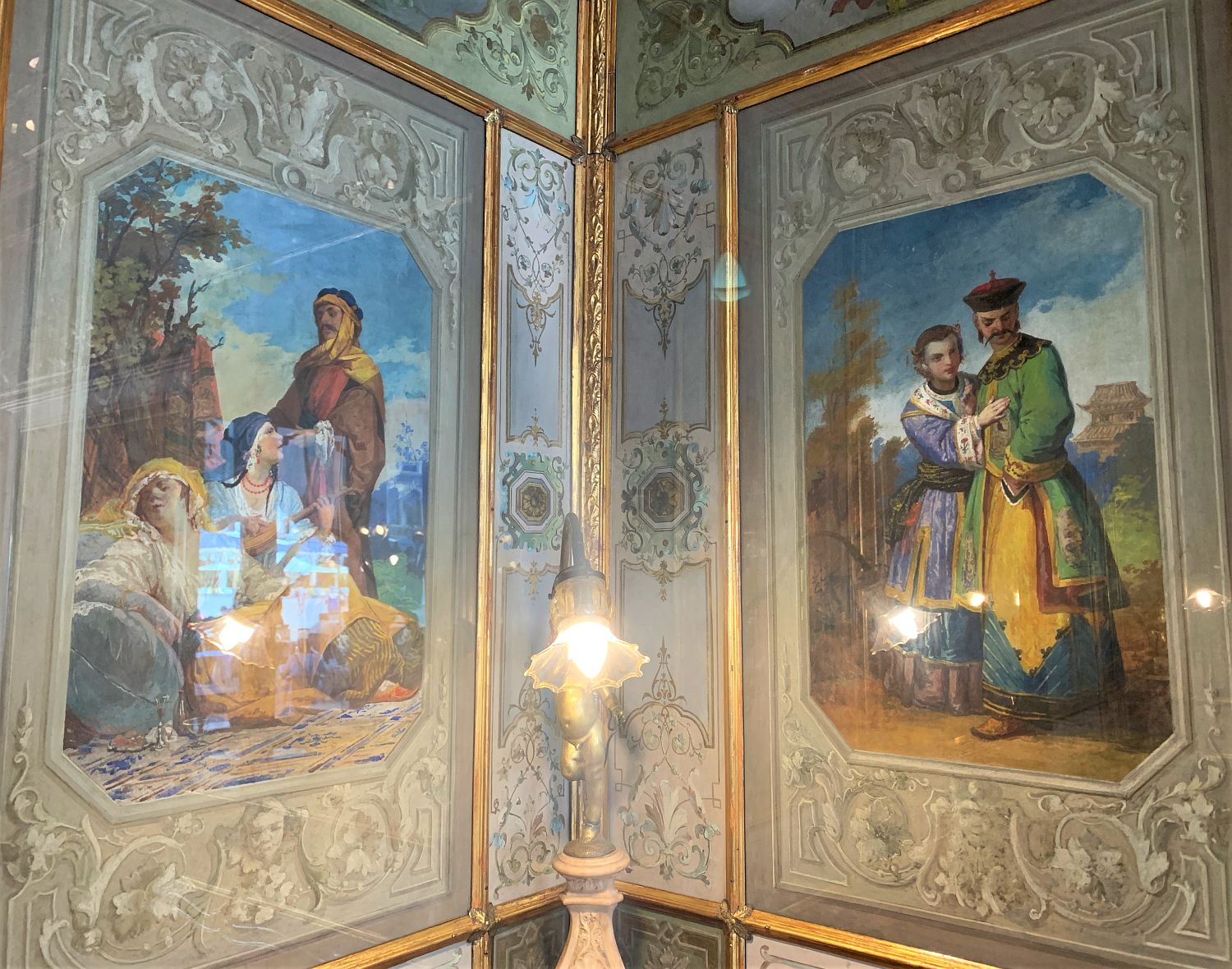 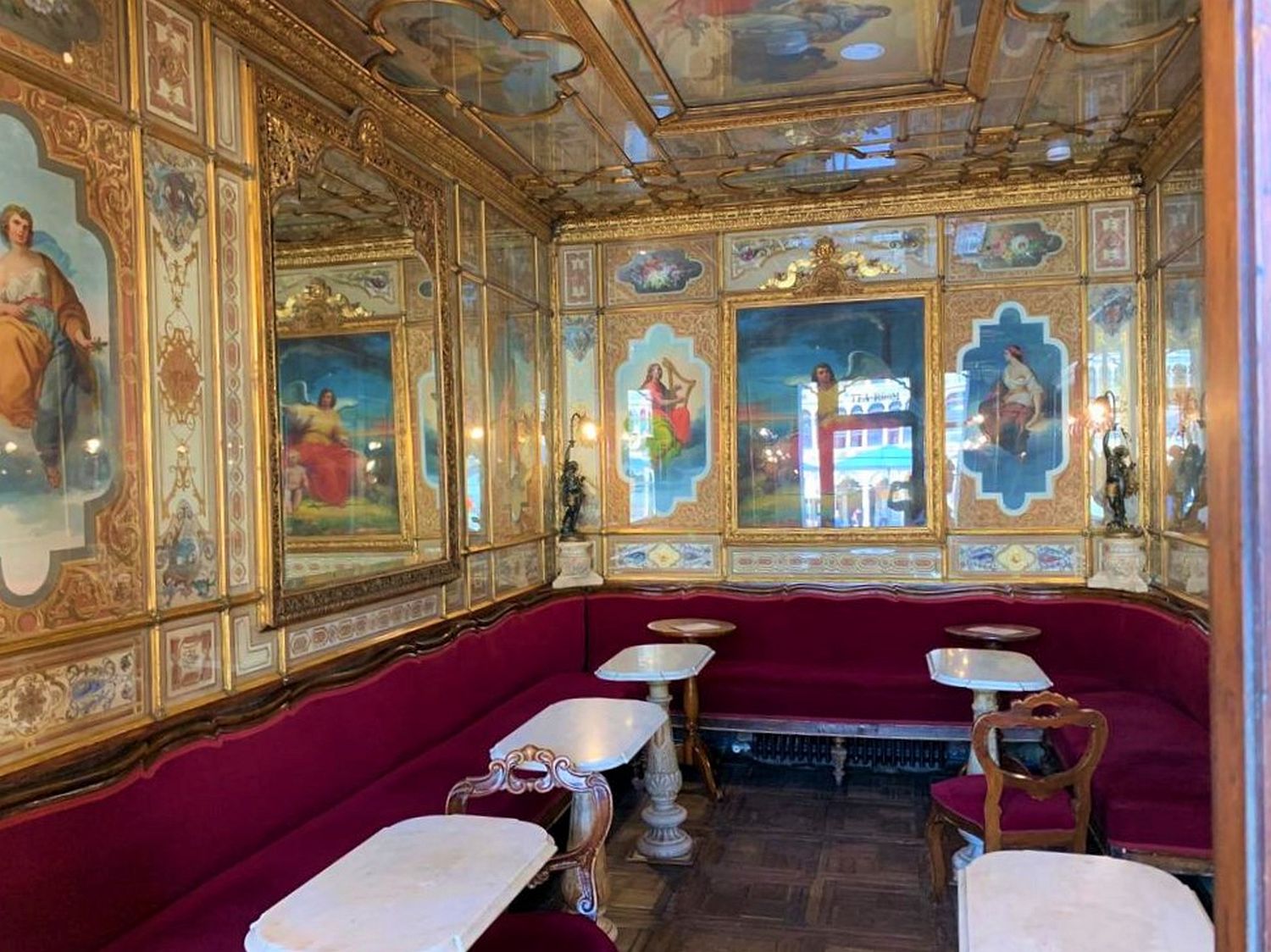 The rooms added to the cafe in the 19th century reflect in the decoration the same intentions of the previous rooms, with both light and serious themes. In the Room of the Seasons we can admire elegant personifications of the seasons, reflected for an infinite number of times by the large mirrors, while in the Room of Illustrious Men we are surrounded by portraits of the most relevant characters of the Venetian history, such as Marco Polo, Andrea Palladio, Paolo Sarpi, Carlo Goldoni, Benedetto Marcello. 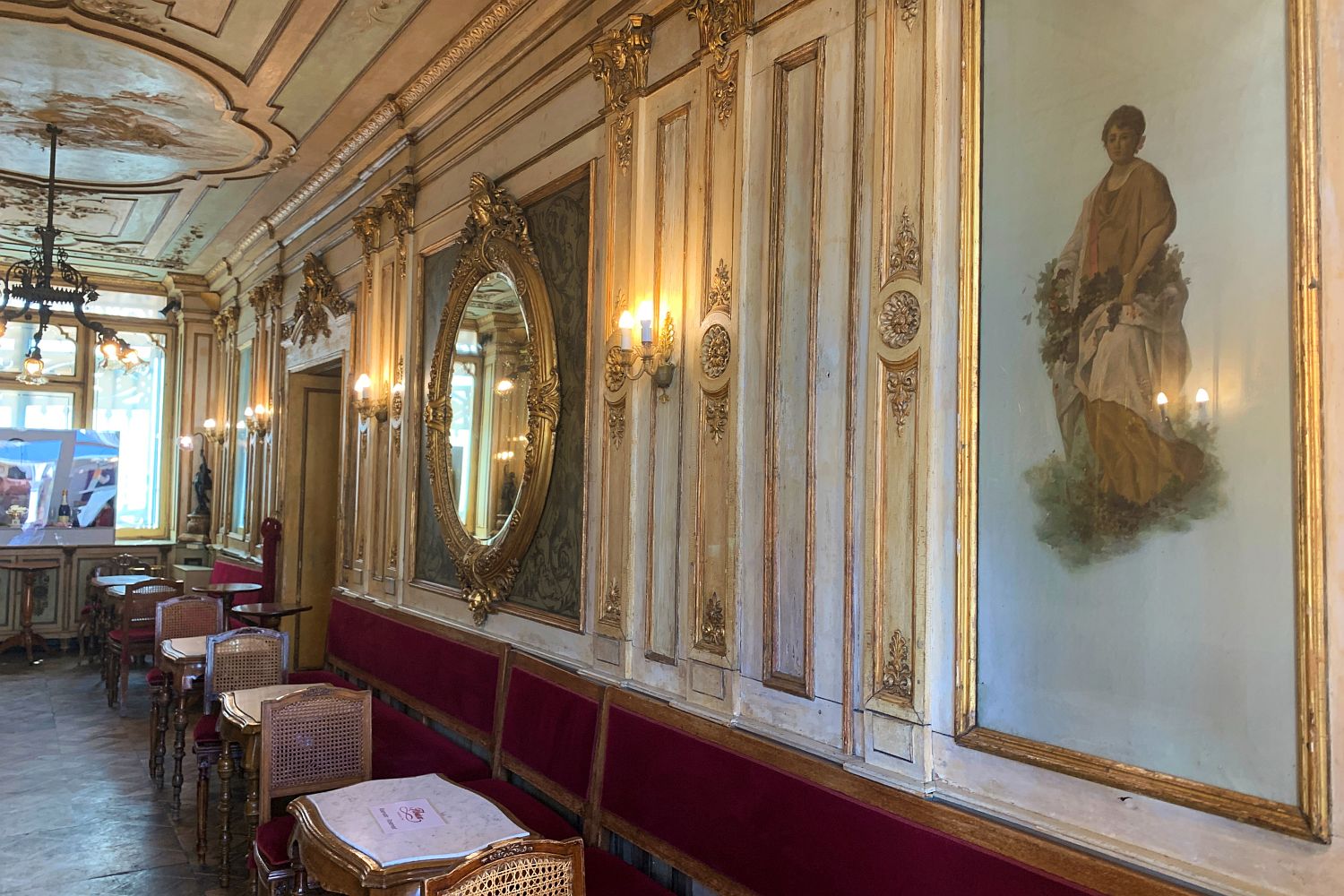 The Room of the Seasons 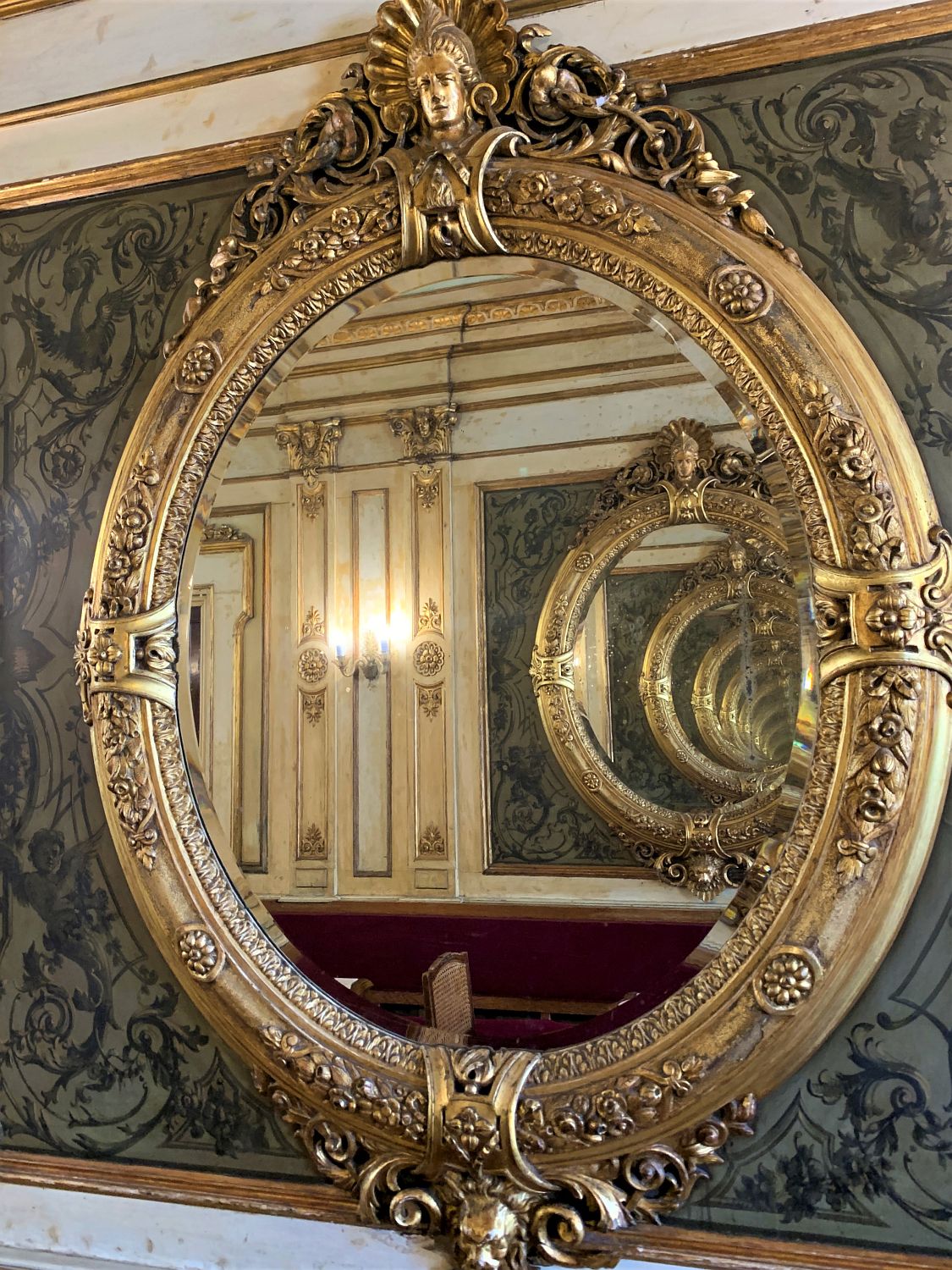 The Room of the Seasons, infinite reflections

In occasion of the 200th birthday of the cafe a new room was eventually added, the Liberty Room. 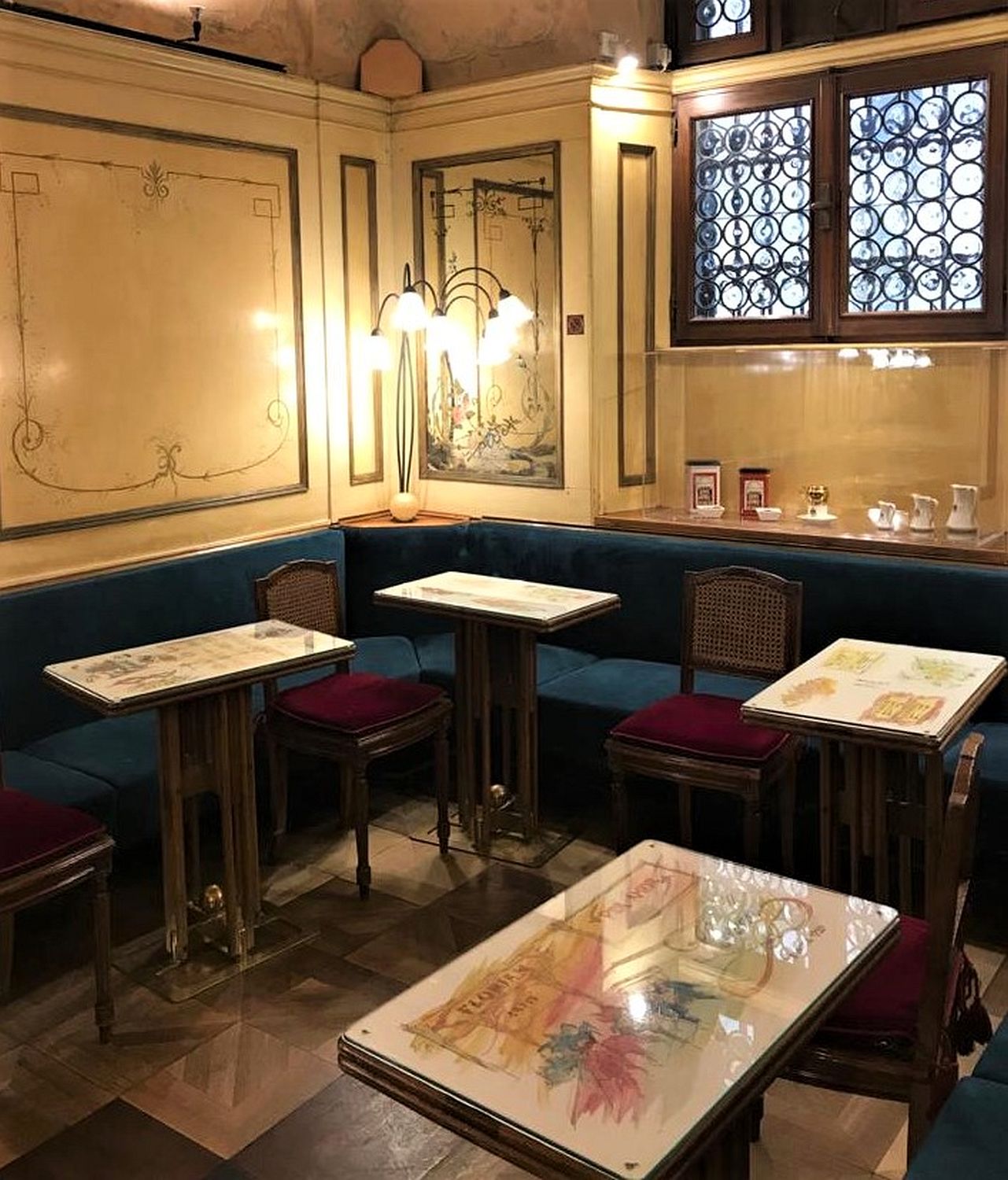 However, Cafe Floriàn is so relevant in the Venetian panorama not only because it is an exceptional historical place full of beauty (although this might be a sufficient reason to desire to sit at one of its tables and have an excellent cup of espresso). In our opinion, it is so unique mainly because over the past 300 years it has been one of the main centres of the cultural life of our city.
Along with the fore mentioned historical characters, who used to attend this cafe in the 1700’s and in the 1800’s, it was common to find here Italian as well as international writers, poets and artists, such as Ugo Foscolo, Wolfgang Goethe, Charles Dickens, Jean Jacques Rousseau, Gabriele D’Annunzio, Ernest Hemingway, Sergej Djagilev, Igor Stravinskij, Coco Chanel, the Nobel prize poet Josif Brodskij…

Over the centuries, Cafe Floriàn has always been an important landmark in the Venetian cultural panorama, also as far as visual arts are concerned. It was in fact in its rooms that at the end of the 19th century the Mayor of Venice, the poet Riccardo Selvatico, and his circle came up with the revolutionary idea of organising the first in the world exhibition of contemporary art, the famous Biennale!
In order to celebrate this particular event, in 1988 a new project was born: it was decided to install exhibits of contemporary art in the rooms of the Floriàn! Since then quite a few artists have created extraordinary as well as meaningful installations: painting, sculpture, photography, design, contemporary glass art, in a kaleidoscope of shapes and colours that for a while transformed one or more rooms of the cafe.
We are talking about excellent pieces of art of the highest level.
Let us name some of them (for space reasons, we cannot name them all, although they would all deserve attention).


Installations of Contemporary Art at the Floriàn

In 1990 in all the rooms of the cafe we could find “Rotella at the Floriàn”, an installation by Mimmo Rotella, consisting in 19 torn overpainted posters: a riot of colours and of cultural and historical references to our city. 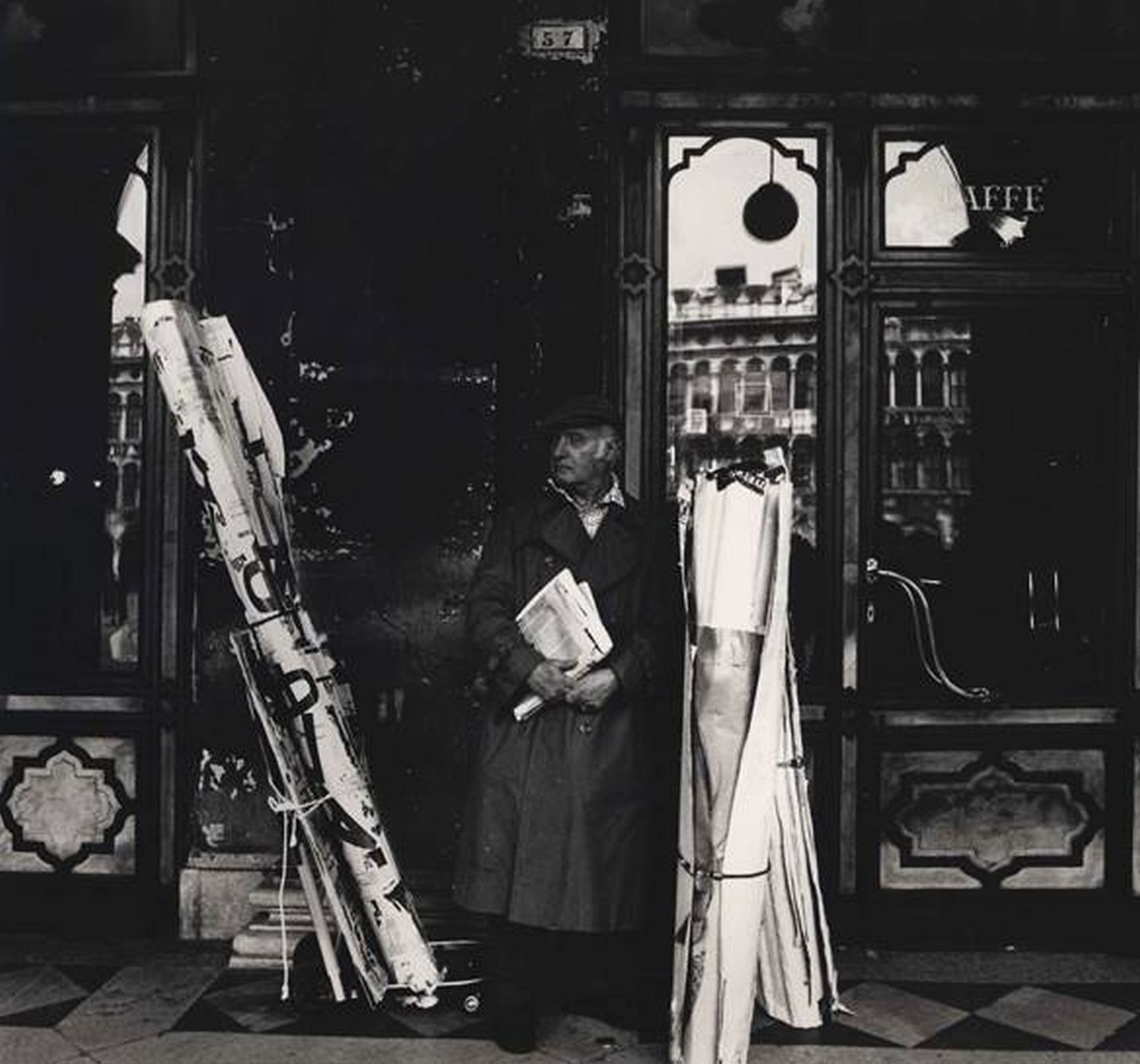 'Rotella at the Floriàn' (photo credits: courtesy of Caffè Floriàn)

In 1993 we could admire “Liquid Crystals” by Fabrizio Plessi, an artist that has always been quite present in Venice (in this period, at the turn of 2020 into 2021, we have witnessed the presence of his Golden Age at the windows of the Correr Museum and of his Digital Tree on the quay in Piazzetta San Marco, and we hope to see him again soon at Ca’ Pesaro with a new project).
His installation at the Floriàn consisted of several glasses, used over the years in the Cafe, hanging from the ceiling: from these glasses imaginary water drops were supposed to fall into the buckets that were placed underneath on the floor. The noise produced by the water dripping could be heard thanks to an original soundtrack, and the water in the buckets was represented in the videos placed in the buckets themselves. We like to think that the water was a clear reference to Venice, a city in the water… 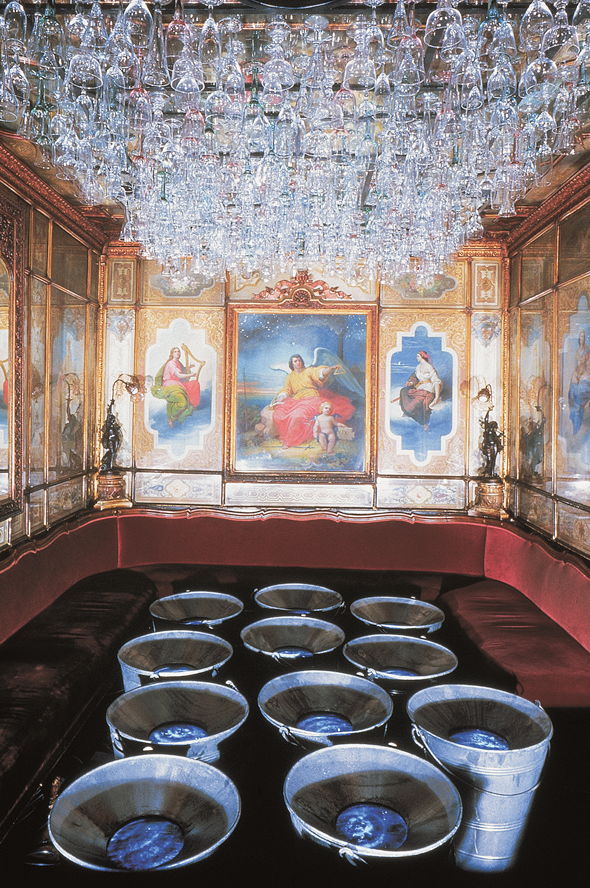 Another exhibit quite rooted in the culture of our city was the 1995 “A Vase (Goto) for Venice” by Gaetano Pesce, one of the most relevant architects-designers in the world. The artist exhibited a series of objects-sculptures cast in coloured resin to represent the Venetian goto (i.e. the Venetian word for glass). Every goto was different, unique, unrepeatable… 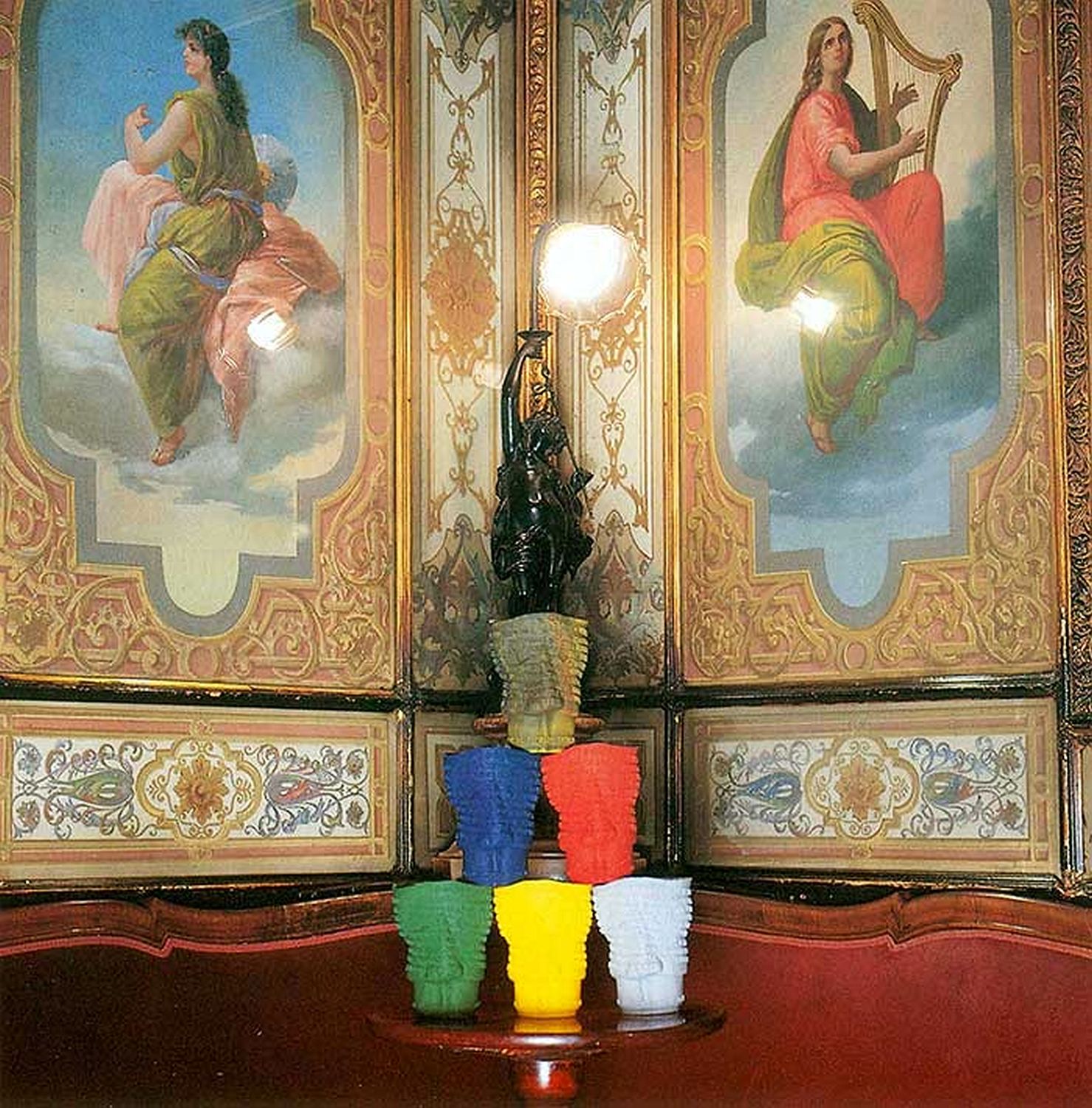 And what should we say about “Illustrious Women” by Irene Andessner of 2003? Once again we go back to the roots of the Venetian culture and history, but this time, in pendant, or in contrast, with the Room of Illustrious Men, the real protagonists are the Illustrious Women of Venice. The Austrian photographer, with exquisite philological research, had herself photographed in the clothes of some Venetian women that have left a mark in the history of the Most Serene Republic: Veronica Franco, Marietta Tintoretto, Caterina Cornaro, Elena Lucrezia Cornaro Piscopia, up to Rosalba Carriera, these were all great women that deserve to be mentioned during our guided tours! 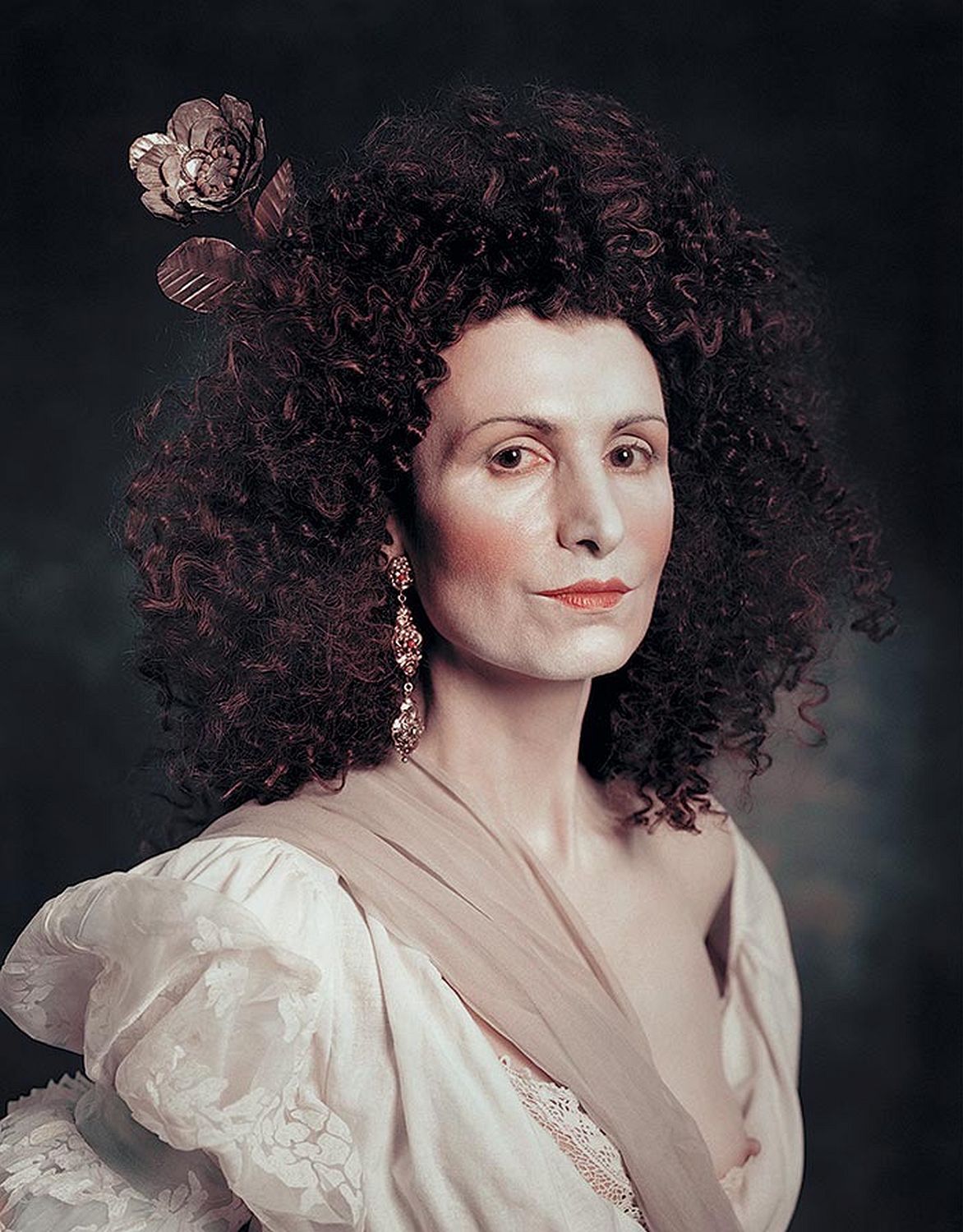 And what about the dreams evoked by installations such as “The Dream of Princess Lyu Ji at the Floriàn” by Omar Galliani (2013) or “The Brides of the Sea” by Roberto Kusterle (2016)? 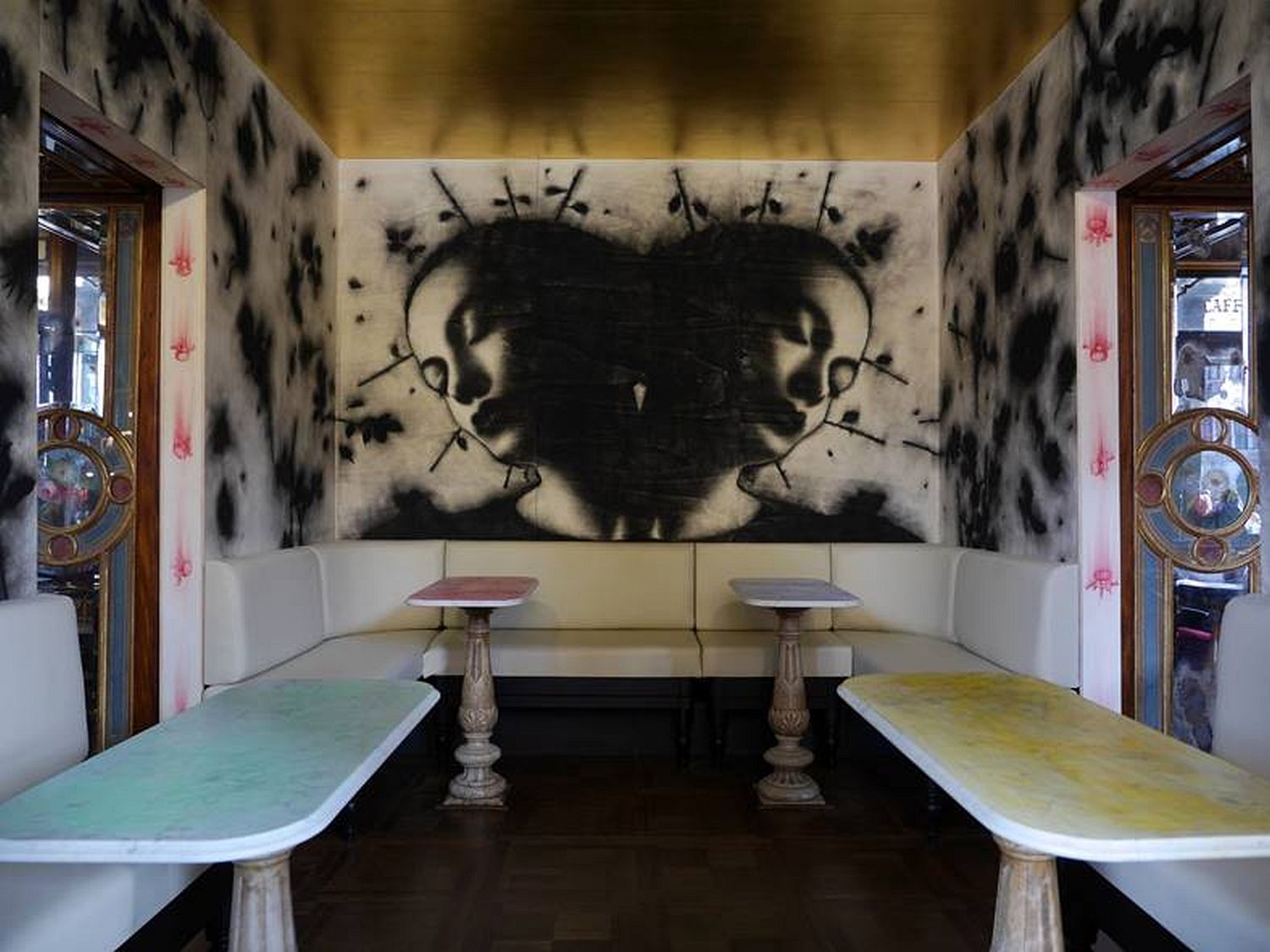 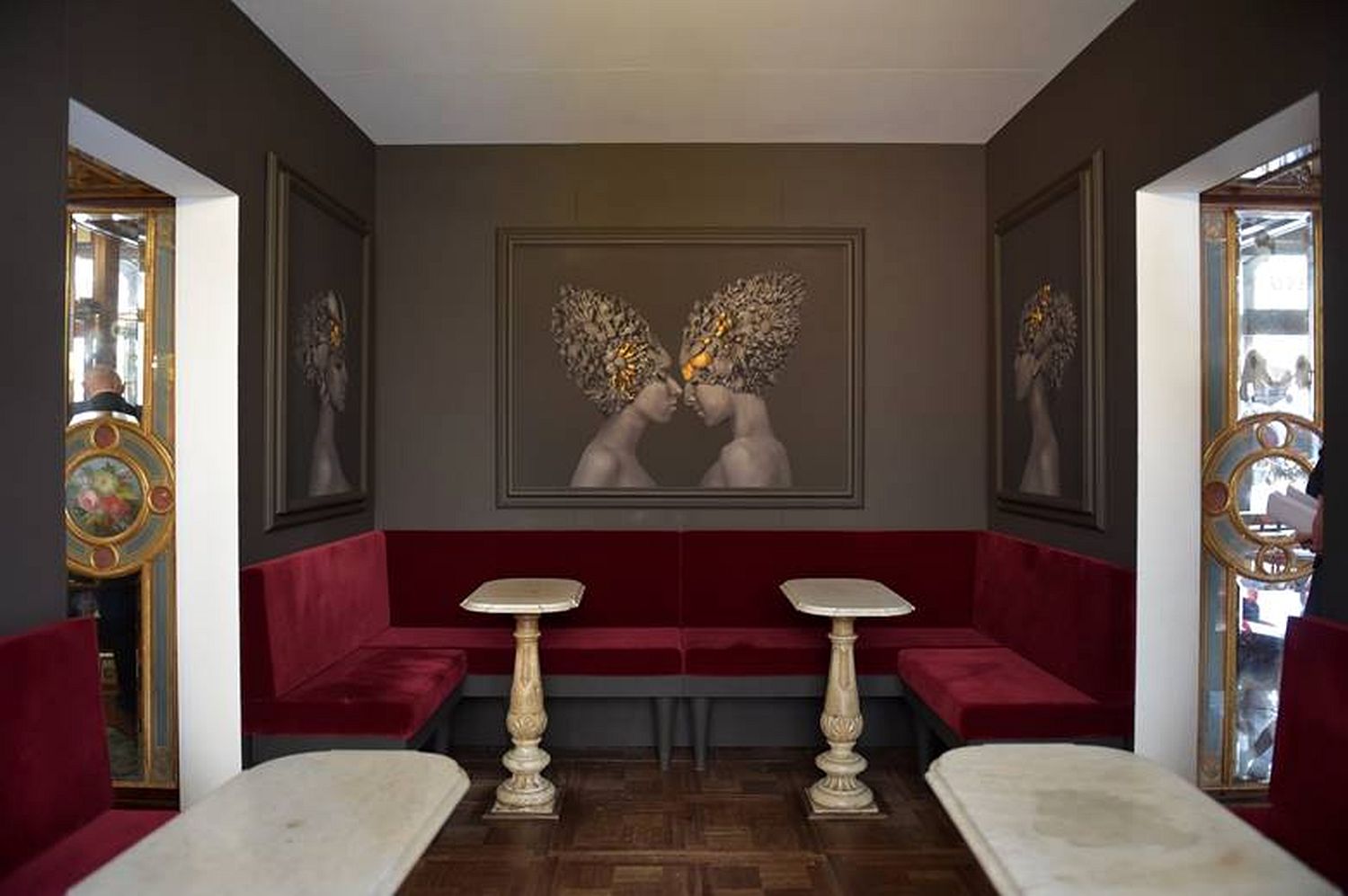 “The Brides of the Sea” (photo credits: courtesy of Caffè Floriàn)

As usual, in Venice the past meets the present, in an exceptional continuum.
To be honest, you do not go to the Floriàn for an espresso… you go there for a strong sensory, cultural and historical experience, to feel you are part of the space-time flow of Venice, to become for a few minutes characters of the Venetian history.
And so Happy Birthday, Cafe Floriàn! We were not able to celebrate your birthday properly in 2020… let us hope we can celebrate this year!

We will tell you much more about this extraordinary cafe during our tours listed below:

Venice and the Grand Tour