This is the first personal exhibition in Italy by Luc Tuymans. If you are looking for a private tour in Venice focusing on contemporary art, this can meet your requirements.

The artist deals with problems and questions both of the past times and of the current times.

What is hidden behind the marvelous works painted by Luc Tuymans? Which stories does he wish to tell us? How many layers should we scratch to reach some sort of truth, which nonetheless will never be the truth? In this obscene period when fake news seems to be one of the main elements of our existence, having to deal with this extraordinary Belgian painter (yes, a painter… it has almost become obsolete to produce paintings in contemporary art, and this is itself something new) is an experience that reaches different aspects of our emotional perception. 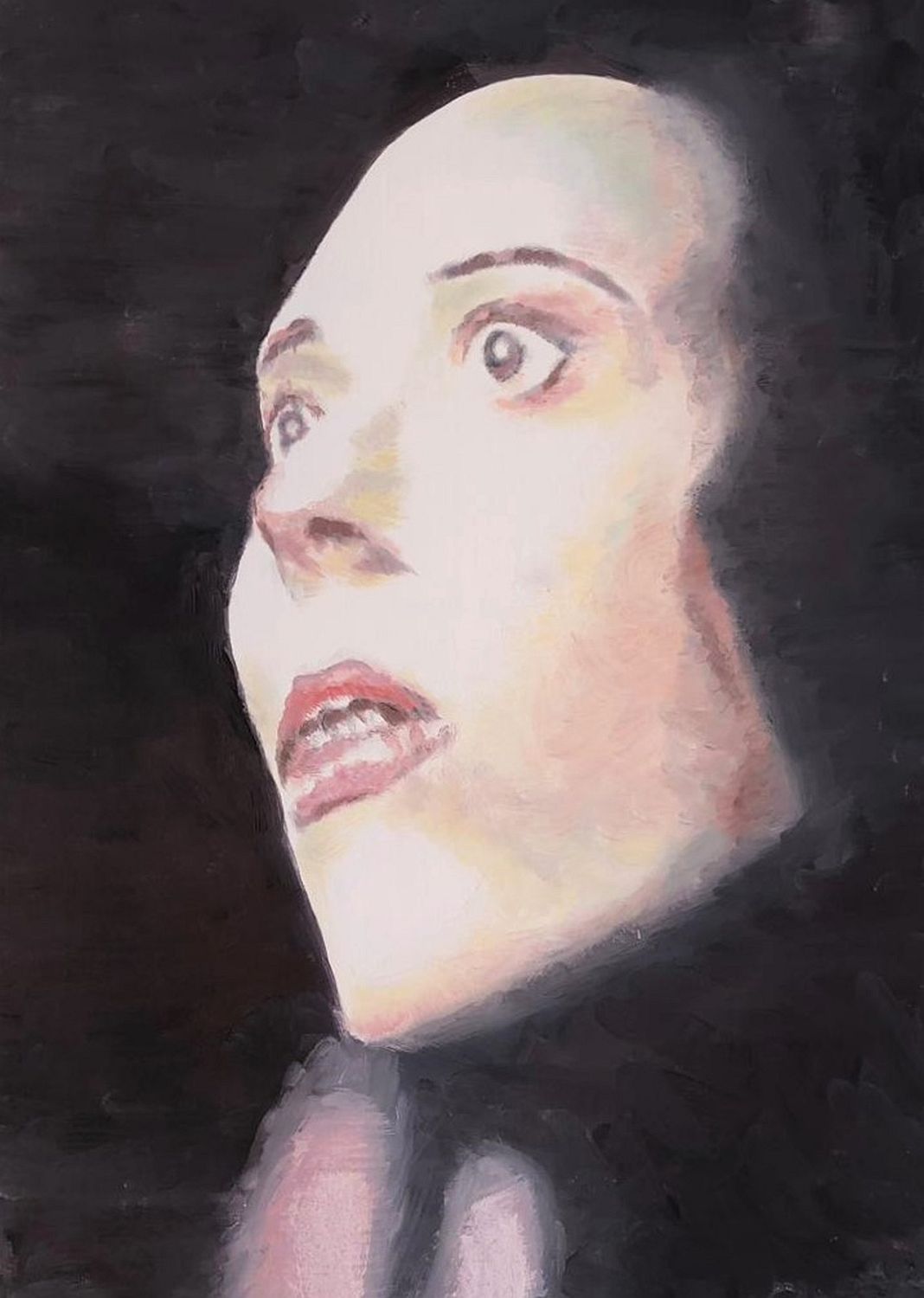 Palazzo Grassi offers us this opportunity in a monographic exhibit, “The skin”, curated by Caroline Bourgeois. Up till January 6th, 2020 we can admire over 80 works of art painted by the master since 1986 up to nowadays.
These works are not presented in chronological order, possibly to increase the impression of a dystopian feeling of an intimate, almost surreal, world, which is apparently calm and relaxing. The visual game consists in this apparent way of presenting history though one’s memory, distorting reality through memories, as if there were always different filters between us and the paintings.

We exactly know how Tuymans works. He starts from something that might strike his attention: a picture taken with a mobile phone, a reflection on a mirror, an illustration. Then he elaborates the image and transforms it into some enigmatic experience for the viewer.
The titles that he gives to his paintings are of extreme importance, as well as the long explanations that can be read on the guide book, where the artist explains his works of art in detail. 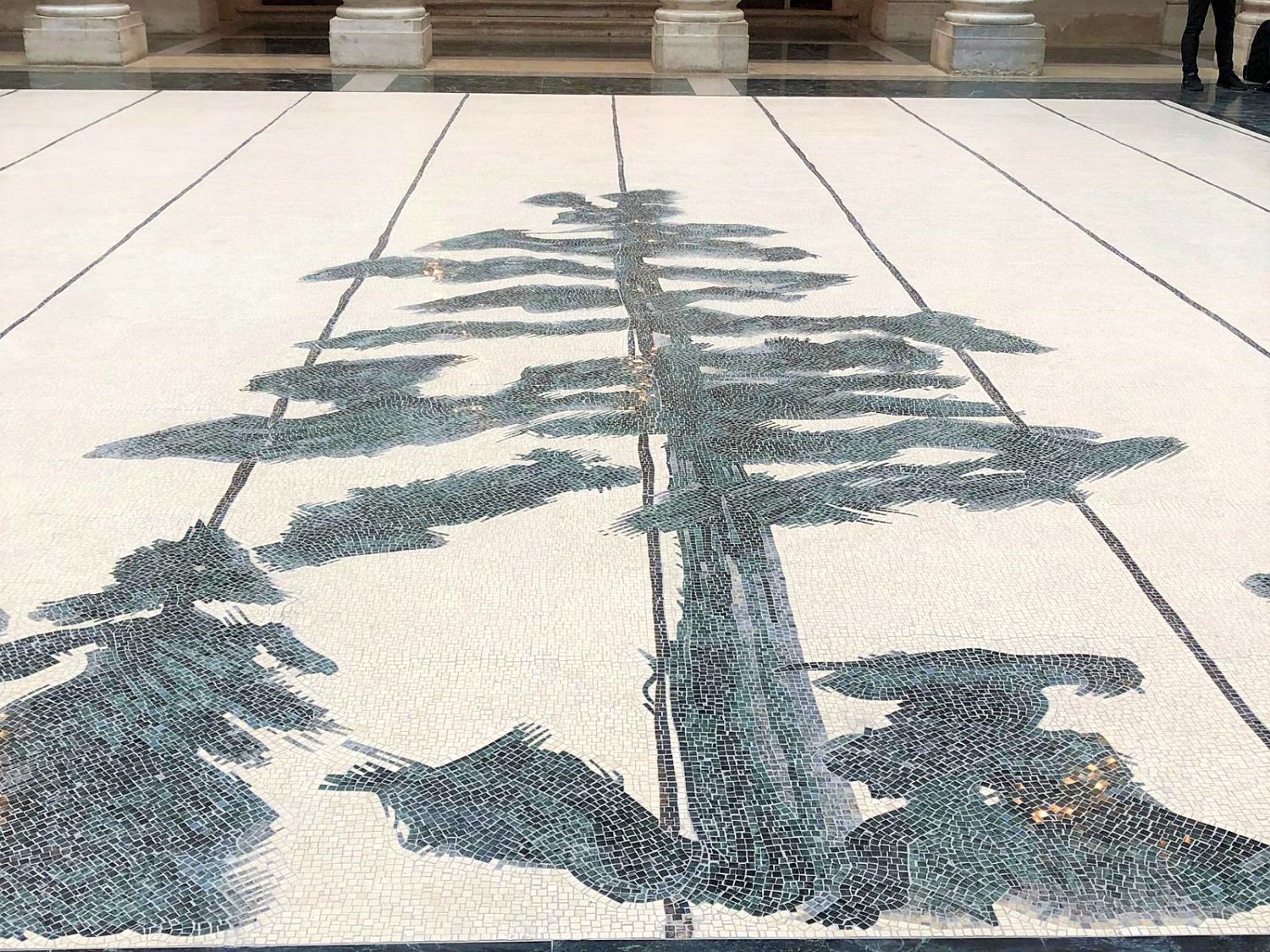 Right at the entrance of Palazzo Grassi a gorgeous mosaic greets the visitors: it is majestic, shiny, almost sculpted, but at the same time minimal. Its painted and sculpted dimensions mix up together, and the result is an image of dark trees with a threatening appearance, which are supposed to recall the horrors of the nazi period, of the concentration camps.

The triviality of evil is present almost in all the rooms, starting with the small, almost monochrome, portrait on the staircase, representing Albert Speer, the Fürer’s architect. Its title is emblematic: “Secrets”, as to suggest all the secrets, even the most terrible ones, hidden behind his closed eyes.

Issei Sagawa, a Japanese young man who killed his university mate and ate her, appears out of focus, covered with a mask and in the shade of a big hat. His portrait has been painted in a hurry, as to erase the face of this cruel murderer. 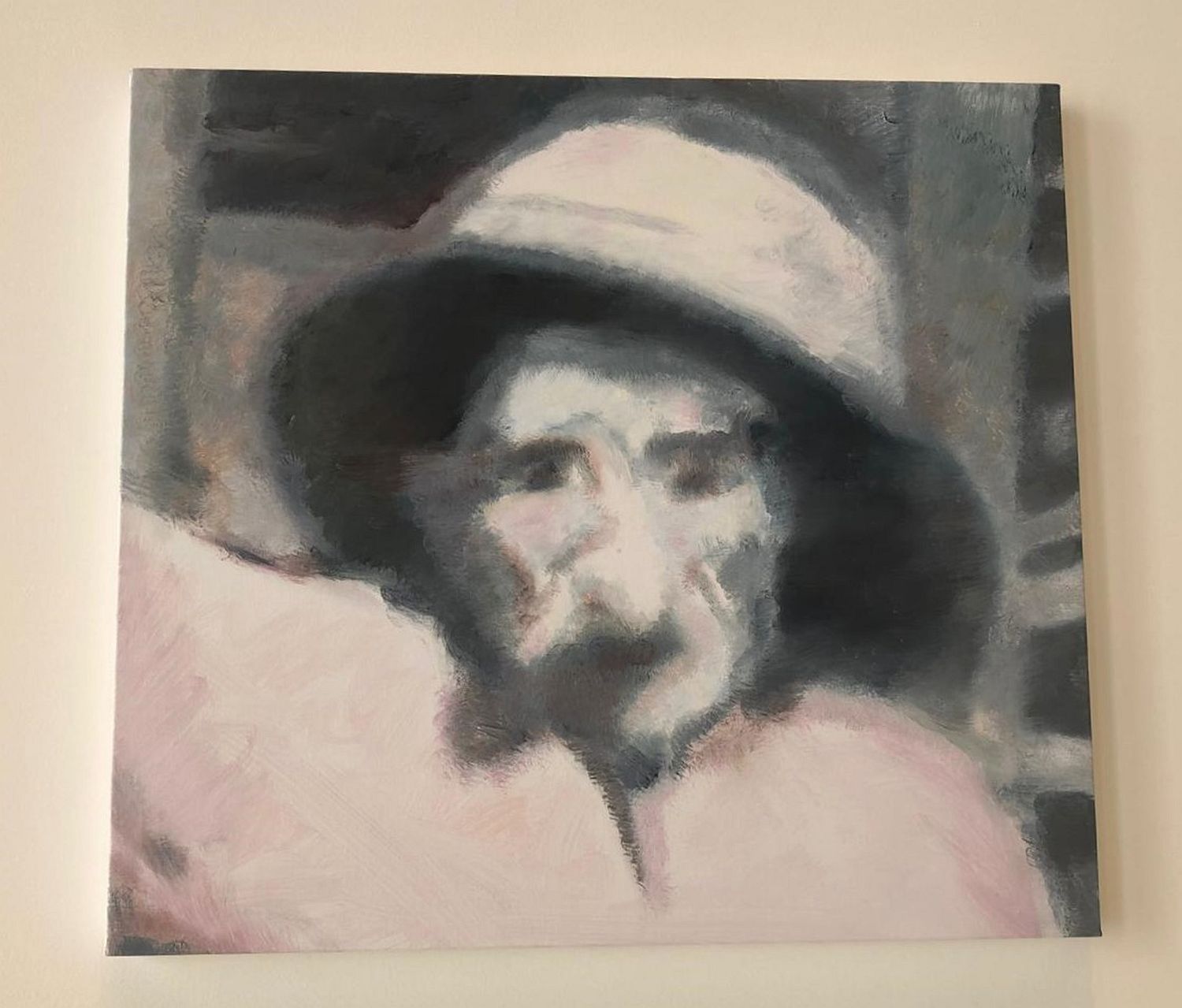 “The Heritage IV” shows a gentle, merry, smiling man… but as the visitor understands that it represents Joseph Miller, the founder of the Ku Klux Klan, the perspective changes. Tuymans underlines the eyes behind the glasses: the eyes are in fact the only visible element of the hooded members of the Klan. 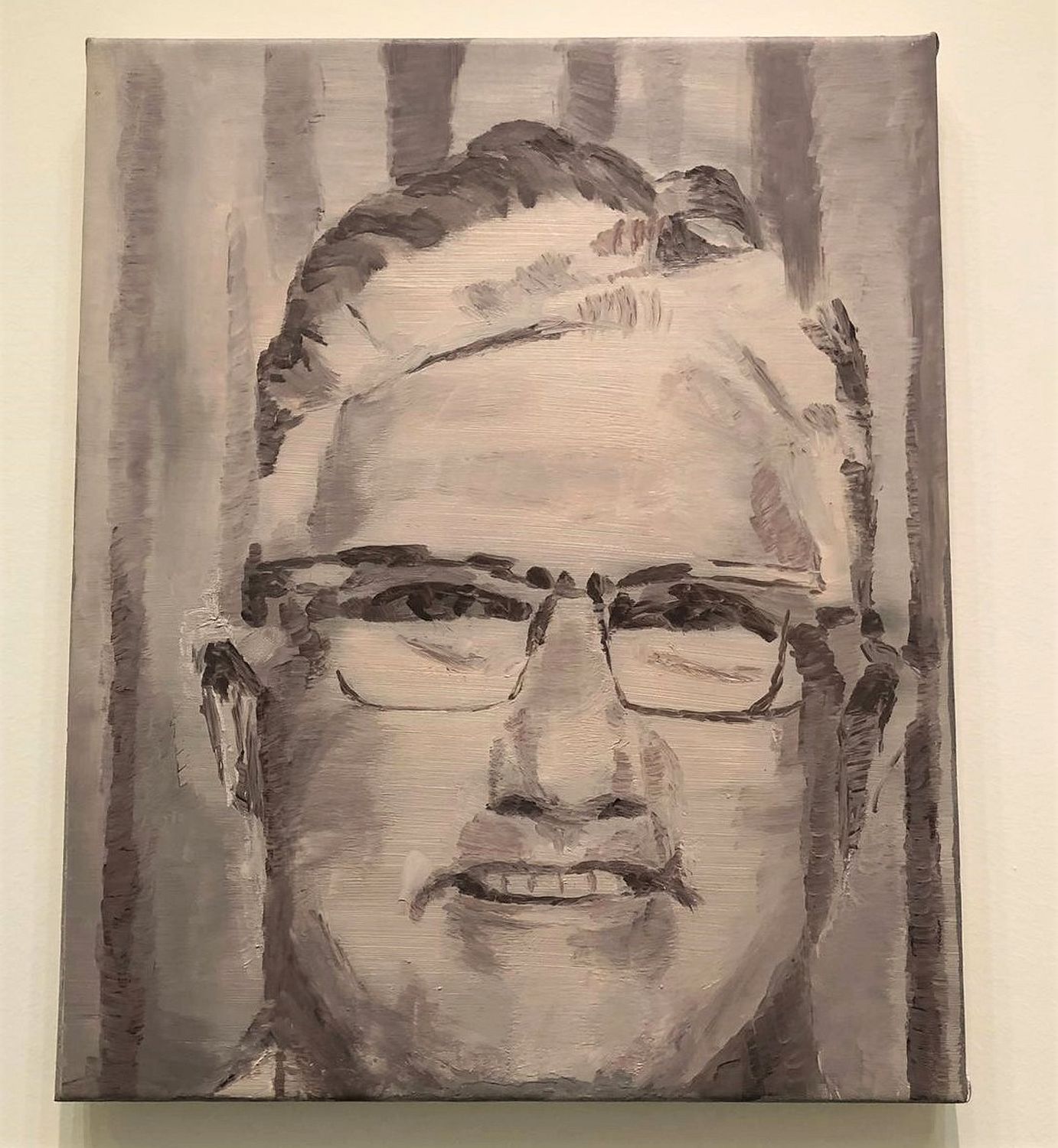 The gigantic “Still Life” is quite impressive. It was painted for Documenta 11, one year after 9/11. A triumph of trivial objects, represented with watered-down, dusty colors, floats in the middle of nowhere.
Tuymans states that he became nauseated by the shocking images of the American tragedy, and this is the reason why he chose a subject which is almost idillic and at the same time exaggerated and upsetting because of the monumental dimensions of dishes and bottles.

This is how Tuymans works: he elaborates for a long time images, pictures, fragments of movies; then he quickly creates paintings out of them, in only one day, keeping only what he really likes and making the subjects magnificent and terrible. 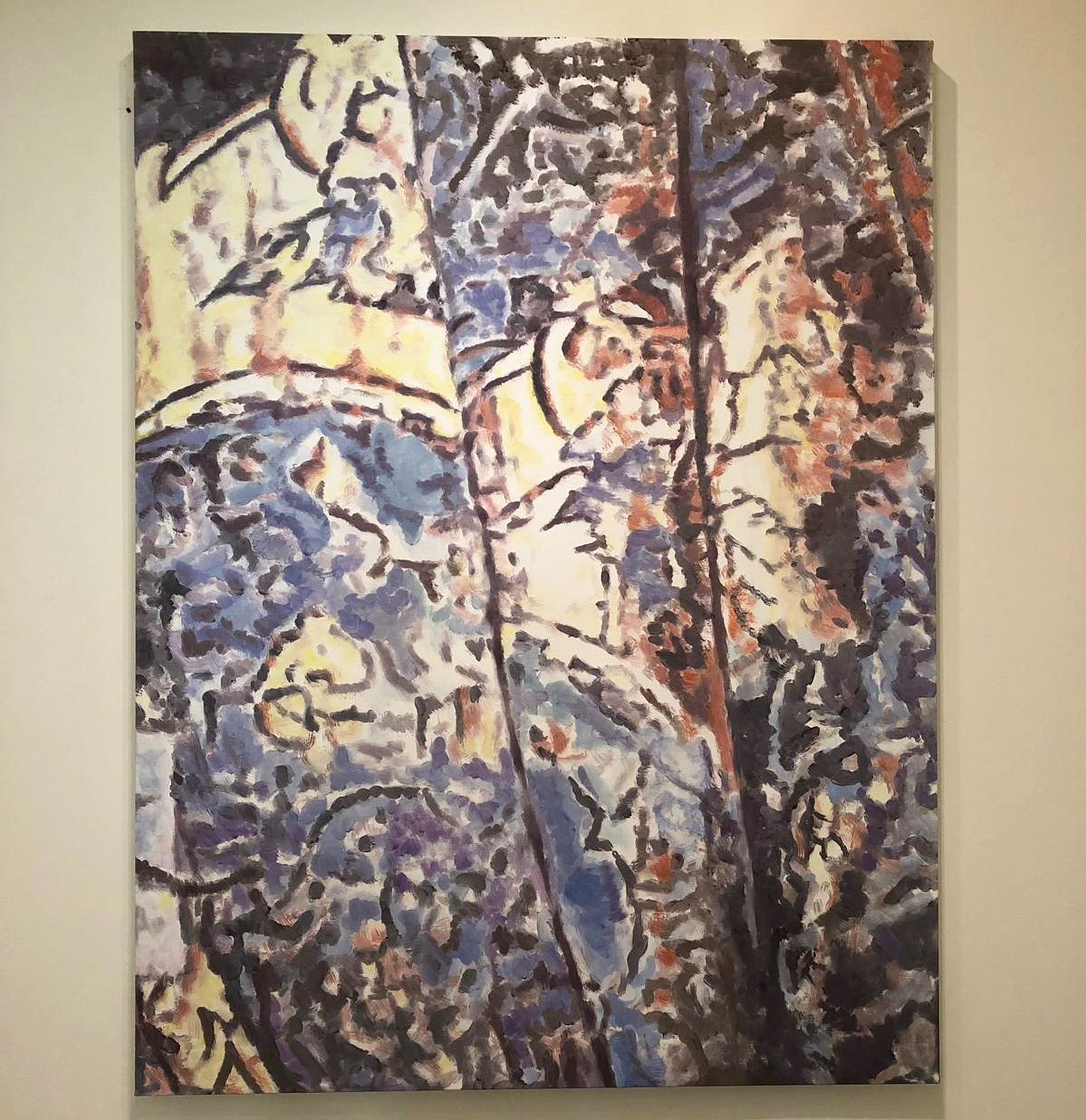 And here is the real meaning of the title of this exhibit: The Skin, inspired by Curzio Malaparte’s novel. It is an ambiguous and terrible title, which also recalls the villa in Capri where the movie Le Mépris was shot, inspired by one of Moravia’s works, a movie which Tuymans adores, having himself been for a short period a movie director.
The skin is also that thin layer that wraps the human body, sort of a filter, but it is only the surface… it is important to search beyond, deeper inside, to find what beauty sometimes conceives and to put in the spotlight (and light is very important in this exhibit) the dark, horrible sides of the world, so hard to accept or even to talk about. 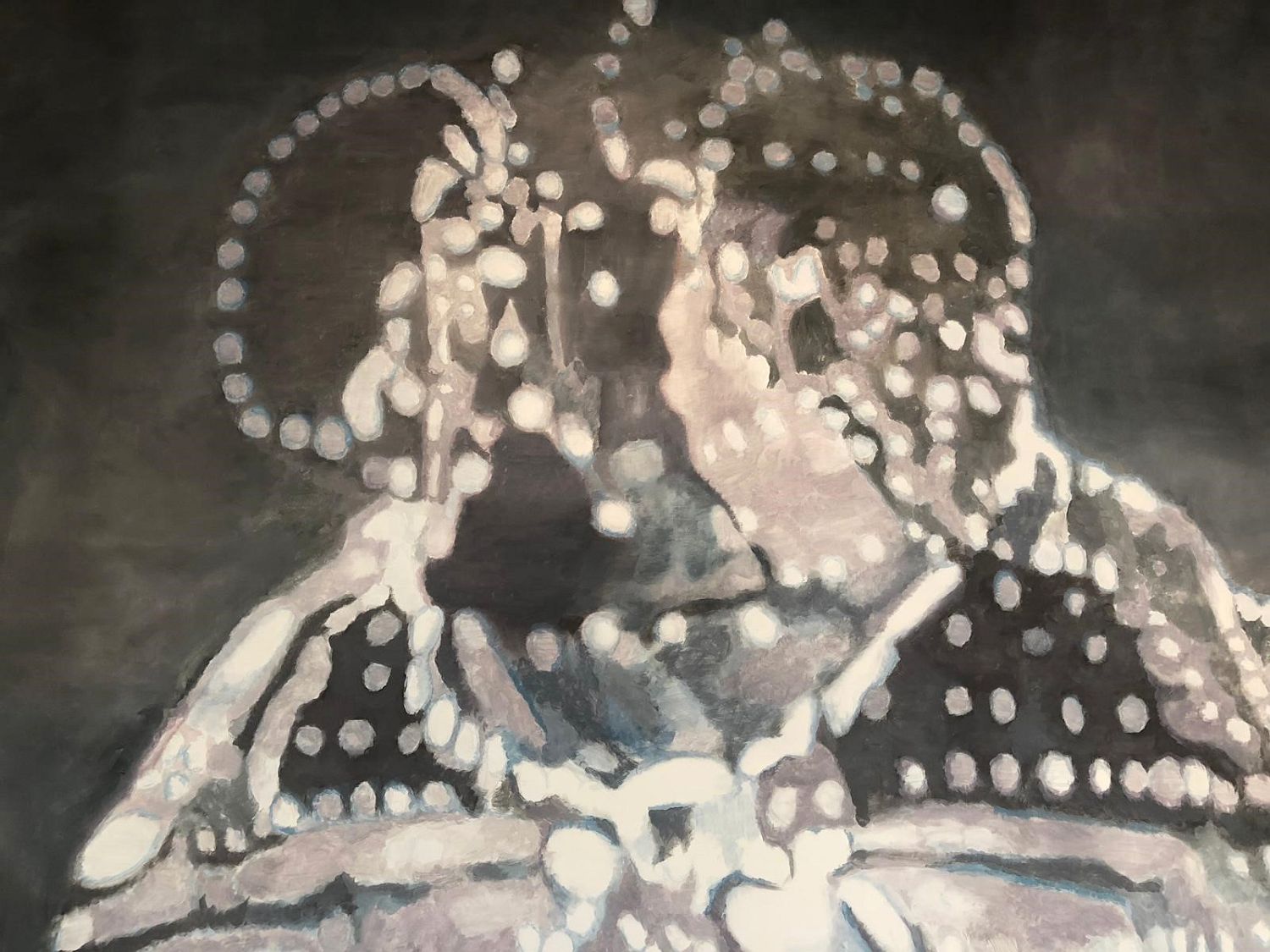 These works of art are politically oriented, they frequently refer to nazism, the Belgian colonialism, evil, which is trivial and always present.
The observers can then come up with their own interpretation of these paintings: Tuymans gives some sort of key but then he sets us free to find the missing element, the mistake, the vacuum where to get lost or from where to be rescued. Thoughts, space and above all time are necessary.

Tuymans himself stated: “It would be funny to hear the visitors say that the exhibit is marvelous”.
Marvelous and dramatic. 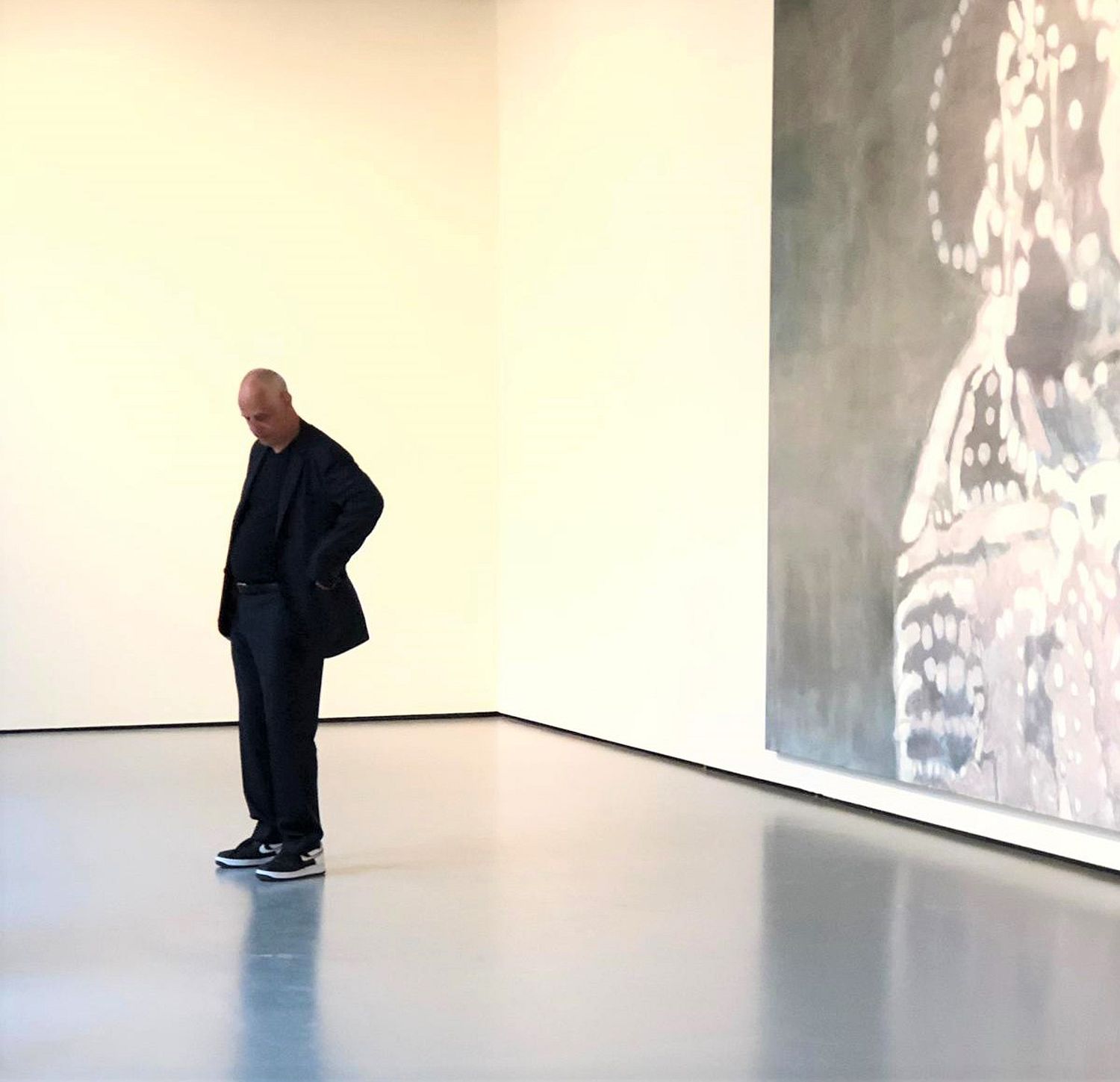 We are waiting for you to visit this unique exhibit. If you are interested in a private tour, please contact us! See you!
Contacts: info@guidedtoursinvenice.com