A private boat tour along the Grand Canal in Venice

An amazing experience you can not loose When you visit Venice, you get in touch with its being a city on the water and strictly connected with the water. So the best way to understand its real nature is to take a private boat tour along the Grand Canal and admire some among the most beautiful Palazzos in the city.
The Grand Canal has the form of the letter “S” upside down and it divides the city in two parts. It is almost 4 km (2,5 miles) long and approximately 5 meters (16 feet) deep.

The Bridges
Along the Canal we find four bridges, among which the Rialto Bridge is definitely the most famous: as we pass under this bridge, you can admire the impressive width of its arch.
The bridge we see today dates back to the late 1500’s, but a wooden bridge had been originally built in the same place in the 1100’s.
In a marvelous painting by Vittore Carpaccio, today preserved at the Accademia Galleries, we can see the Rialto Bridge as it looked like in the 1400’s: it was a draw bridge that opened up in the central part to let big sail ships pass along the Canal.
Two other bridges, the stone Ponte degli Scalzi and the wooden Ponte dell’Accademia, were built around the 1930’s.
The Constitution Bridge, better known as Calatrava’s Bridge, from the name of the architect that projected it, is instead really recent: it was finished in 2008, and has been since then controversial, for several reasons… 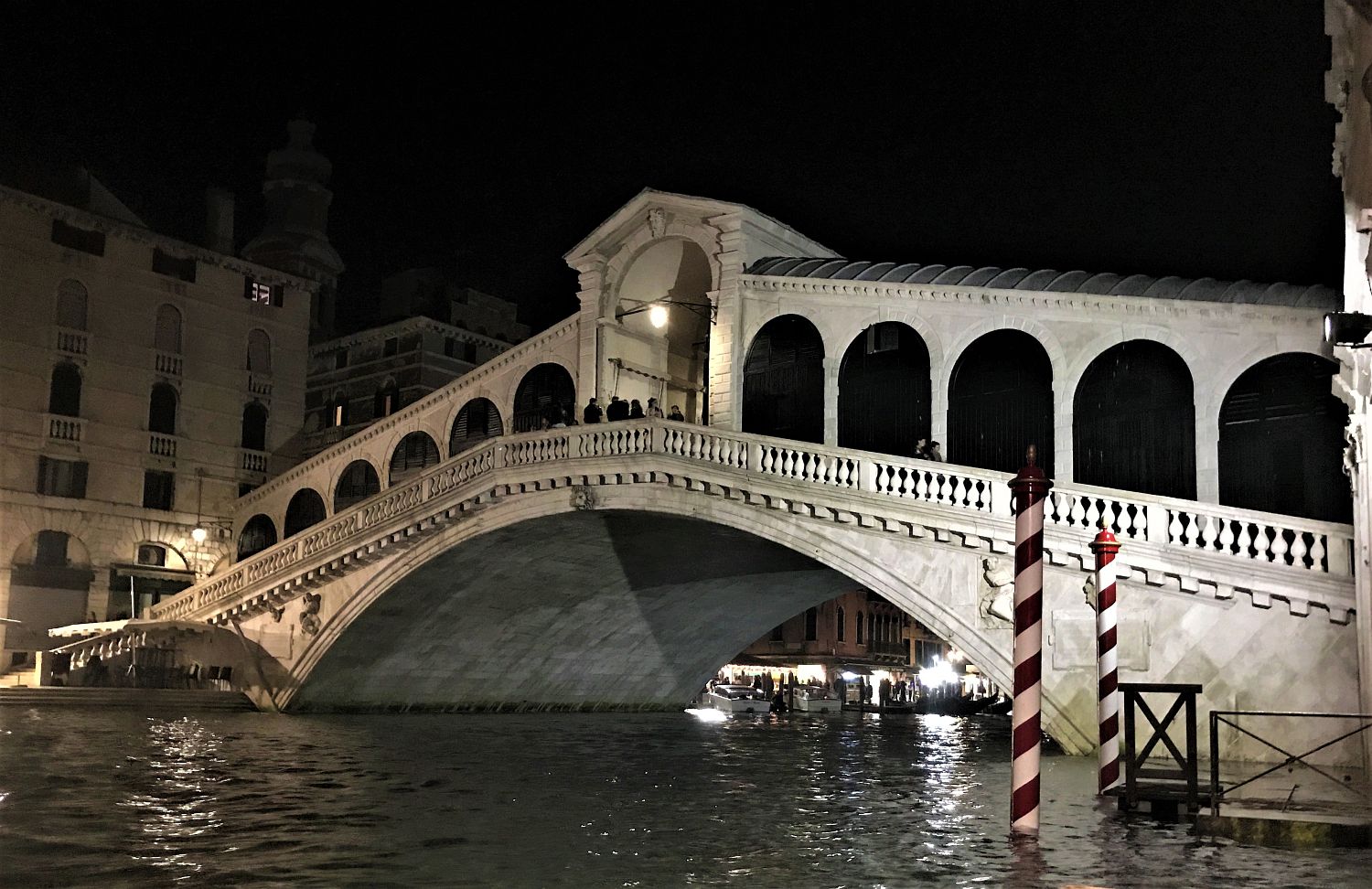 The Rialto Bridge
The Palazzos
Floating along the Grand Canal on a private motorboat we can show you the most outstanding palazzos with their different architectural styles and we can tell you quite a few stories about the families that used to live there.
From the point of view of their architecture, these buildings are really interesting: we can find ancient Byzantine structures, such as Ca’ da Mosto, as well as Gothic ones, among which the famous Ca’ d’Oro, so well known for the polychrome marbles on its façade: this is the so called Venetian Gothic Style, that we can admire also on the façades of the Doges’ Palace in St. Mark’s Square. 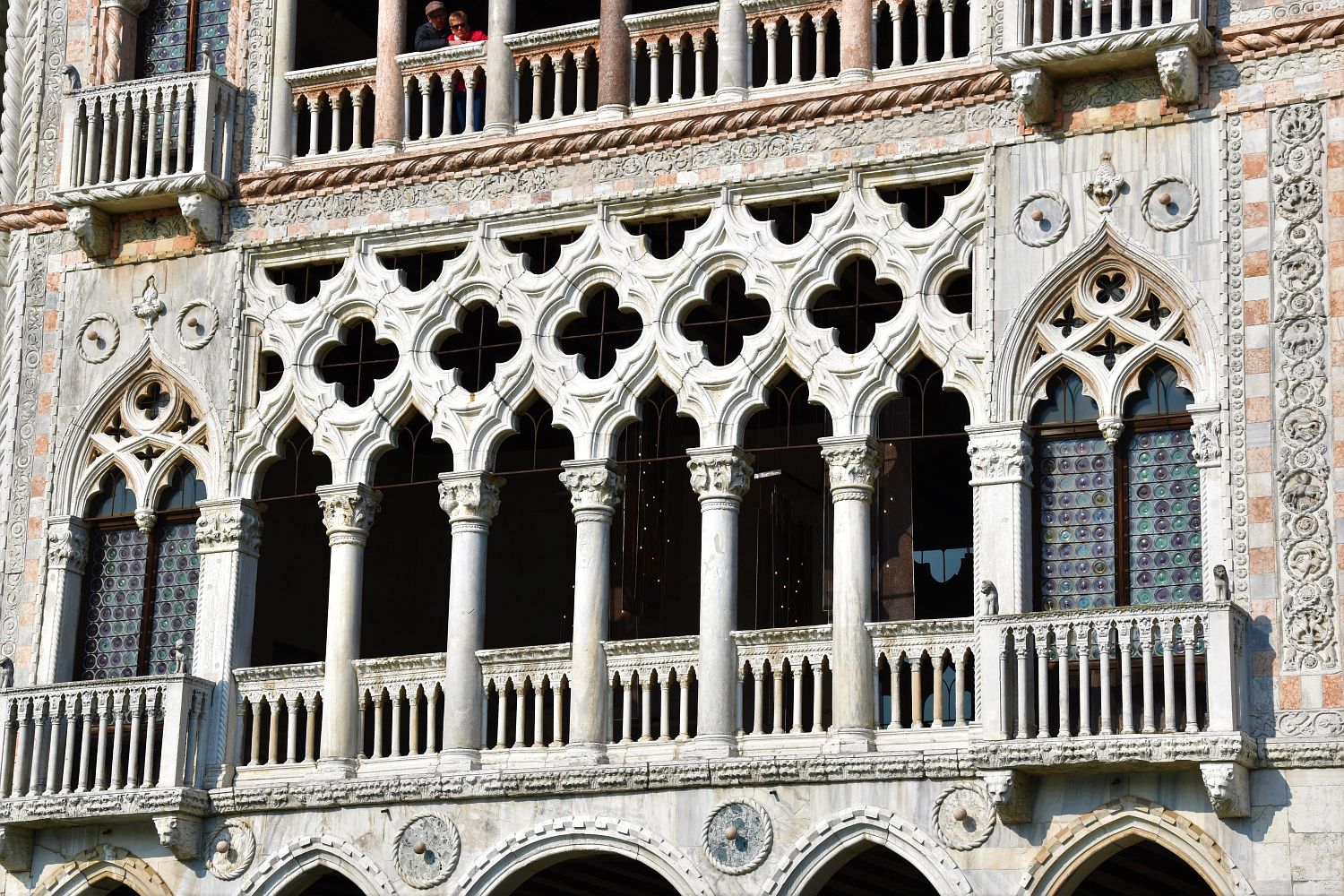 Other relevant palazzos are those that were built in the Renaissance period, such as Ca’ Vendramin Calergi (which today hosts the Venetian Casino) and Ca’ Corner Spinelli.
Last but not least, several Baroque buildings show off, among which it is worth it to take a look at Ca’ Rezzonico, today the Museum of 1700’s Venice. 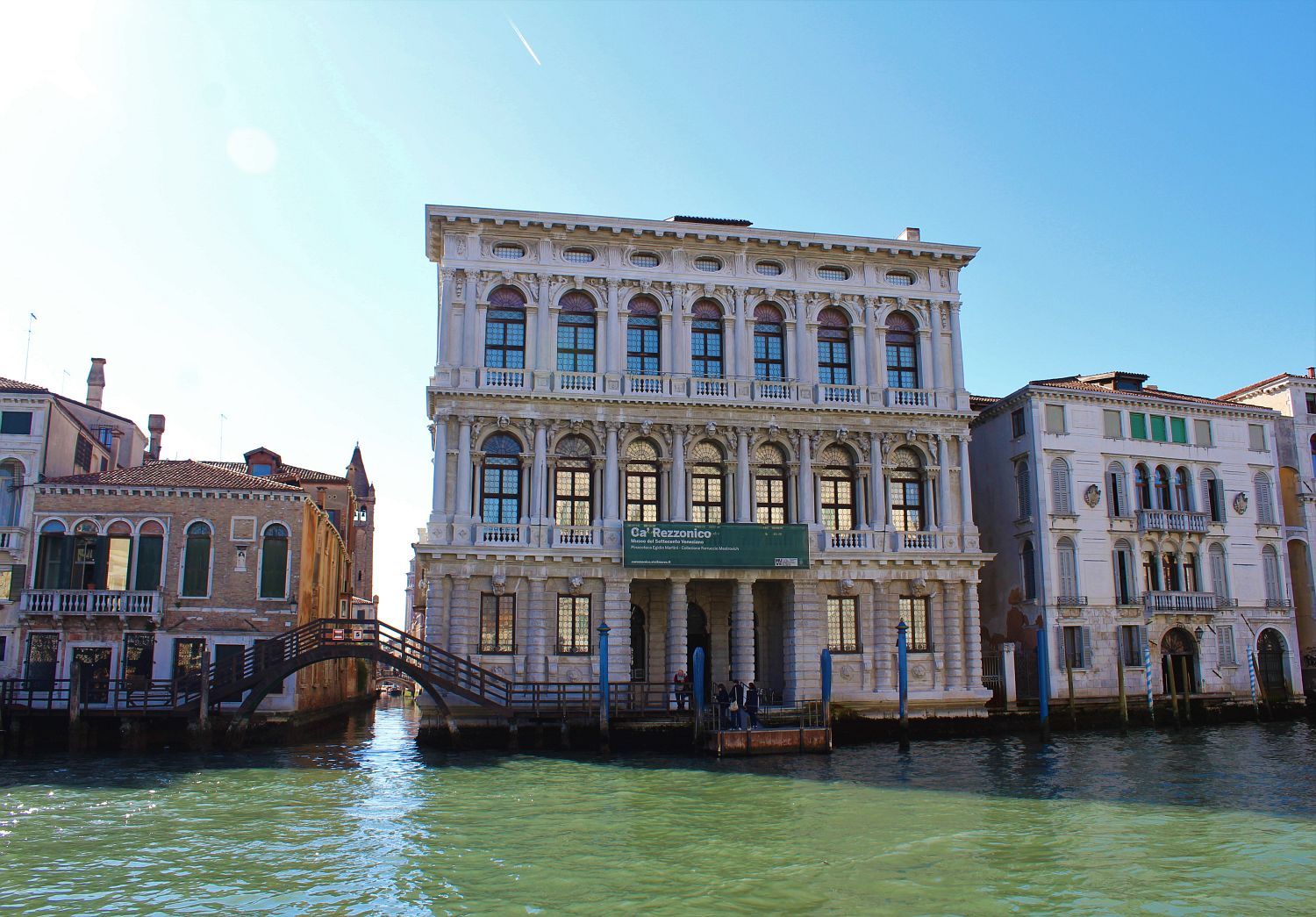 Along the banks of the Grand Canal, however, we do not admire only classical art, but also modern and contemporary art, and to find it out it is sufficient to visit Palazzo Grassi (where François Pinault displays his own collections of contemporary art) and Ca’ Venier dei Leoni (which today hosts Peggy Guggenheim’s collections). 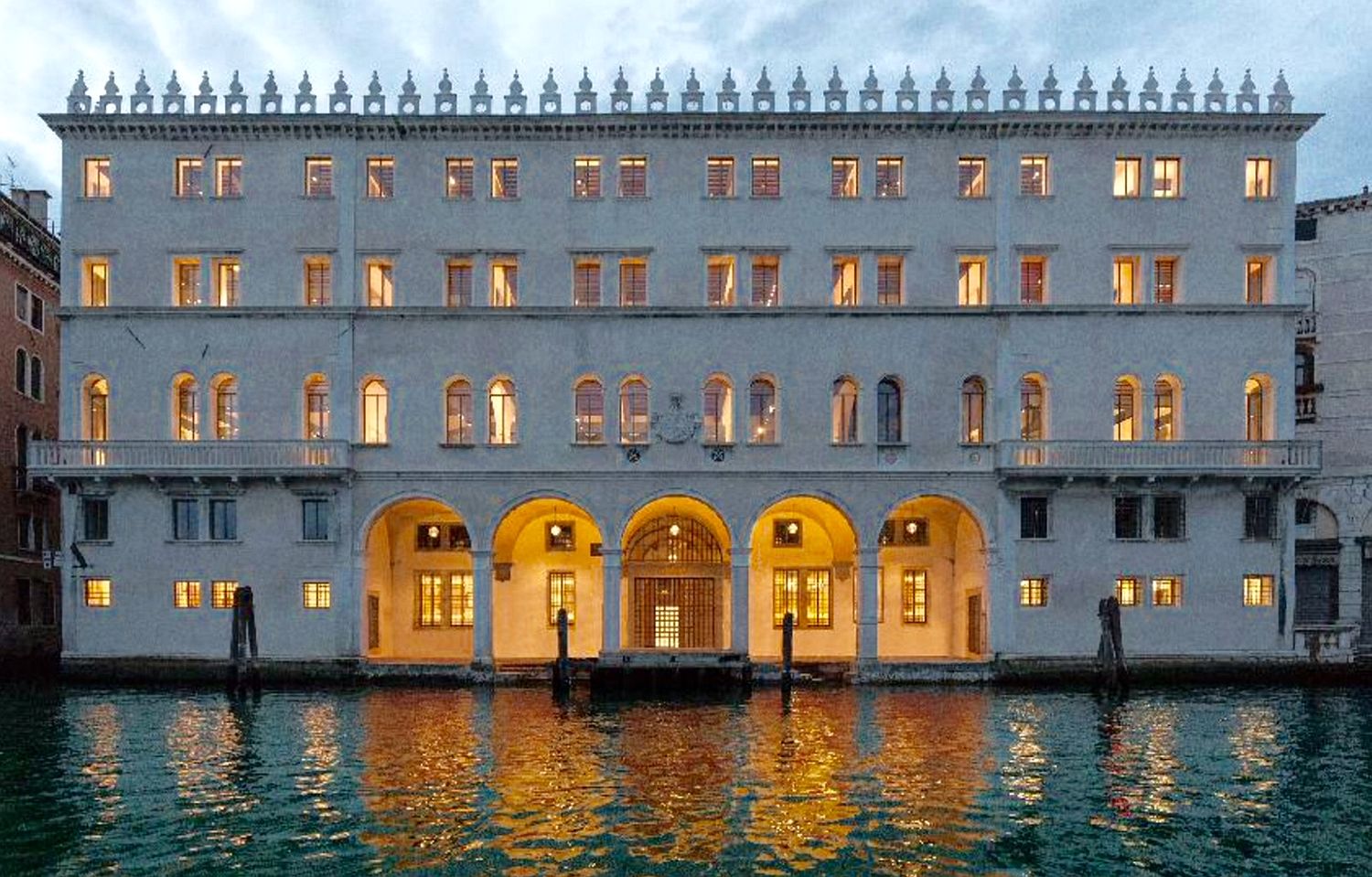 Fontego dei Tedeschi (The Germans’ warehouse)
The Churches
We have to mention also the churches that are visible on the banks of the Grand Canal.
St. Jeremiah’s church dates back to the 1600’s and it hosts the relics of St. Lucia, the patron saint of the blind. San Stae, built in the 1700’s, is decorated with quite elaborate, and probably too heavy, baroque statues.
The most majestic church along the Canal is Santa Maria della Salute (The Holy Mary of Health), which was started in 1631, on a project by architect Baldassarre Longhena, at the end of a terrible epidemic of plague. This is one of the only two churches with a circular plan; among all its peculiarities, you can admire the fabulous marble floor with its concentric circles. 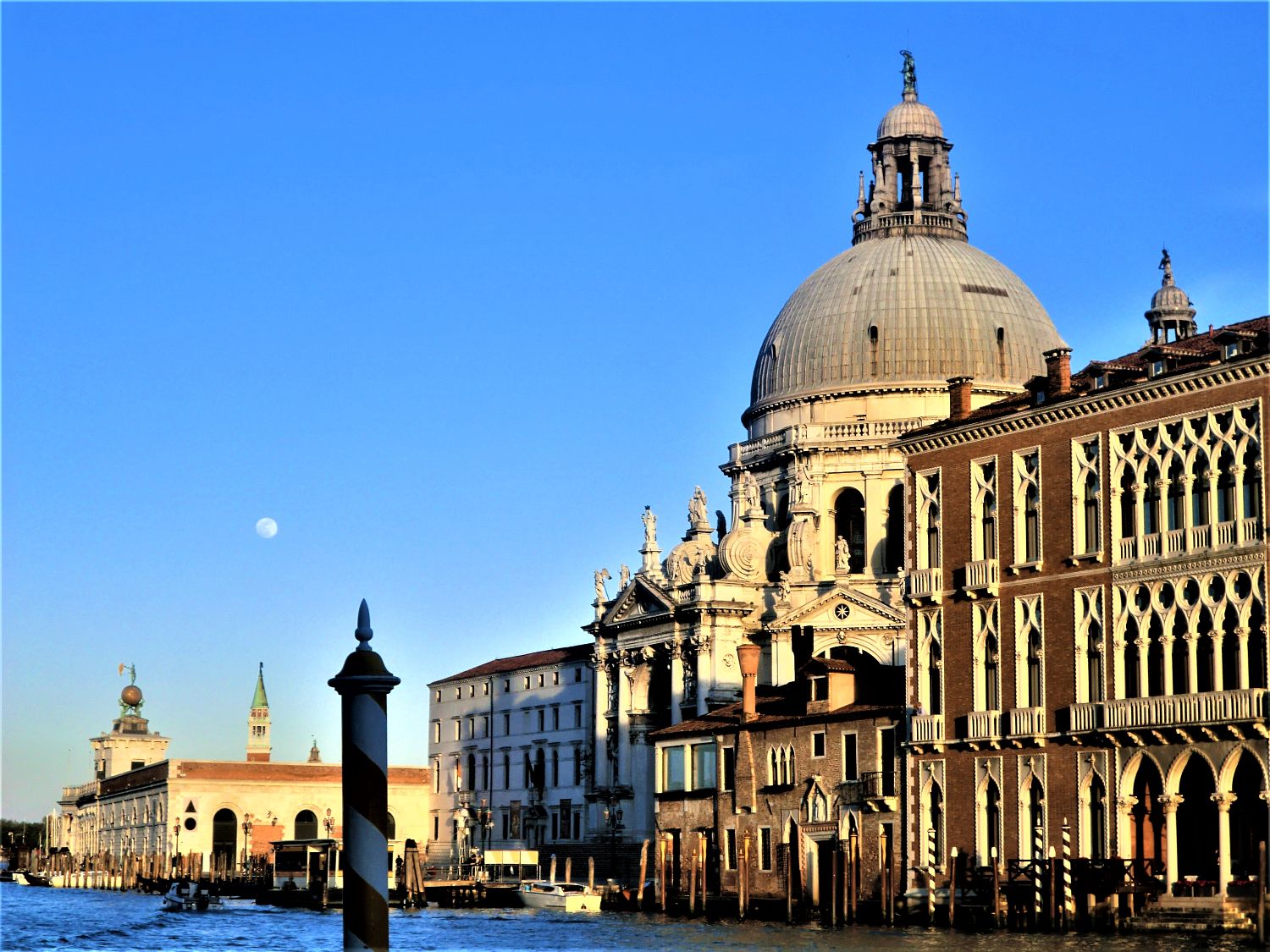 There is so much more to say, and that’s why we would like to invite you to book a guided tour on a private motorboat along the Grand Canal: it could be a nice opportunity to discover with us Venice and its History, to take wonderful pictures of beautiful sites, and at the same time to relax rocked by the waves.