A guided tour at Ca’ Rezzonico: “The New World” by Giandomenico Tiepolo

A masterpiece at the end of the Venetian republic... Come closer, Ladies and Gentlemen, come closer! Are you ready? Let’s start the show!

This is what seems to be suggested by “The New World”, the fresco painted in 1791 by Giandomenico Tiepolo for his family’s villa at Zianigo, now hosted at Ca’ Rezzonico, the Museum of 1700’s Venice.

“The New World”, by Giandomenico Tiepolo

It is an invitation to join the queue, to be patient, to wait… for what?
It appears to be quite an irreverent painting: most of the figures turn their backs to the viewers!
It looks like a scene on a stage or at the movies: here the painter directly shows the real feelings, as well as the hypocrisy, of the Venetians during the final century of the Republican period.

In this street show nobles, peasants, members of the middle class are all represented as they wait to admire, through some sort of a lantern, the new world. 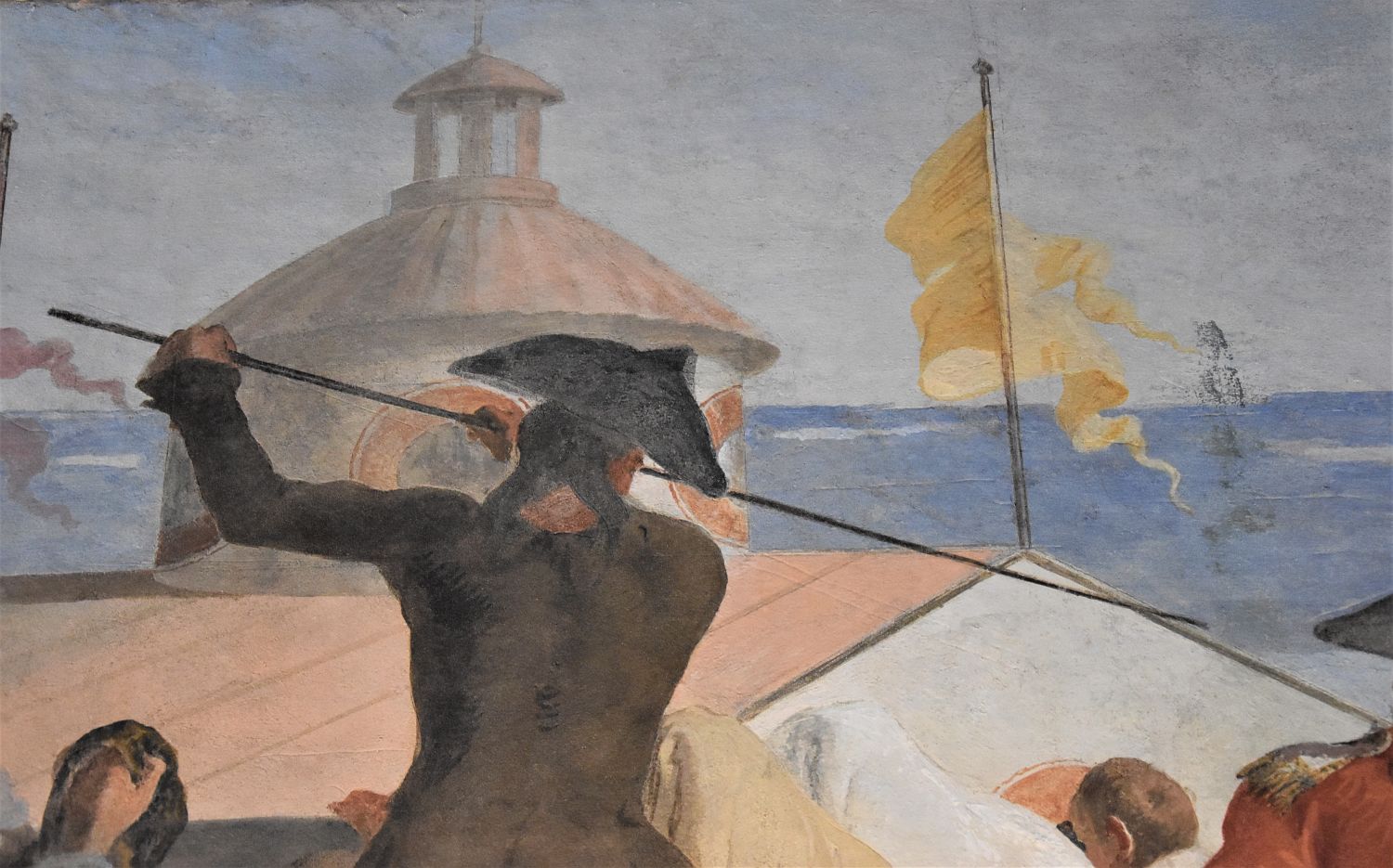 “The New World”, detail with the character holding the stick

The huge female figure in yellow and red, with curved shoulders, appears coarse, almost offensive, as if it was a reflection of the decadence of the city and of all the people who, instead of reacting with rationality and strength to the decline of their age, are tempted by the simplest choice: a life full of gambling, balls, feasts, endless carnivals, using masks to hide the devastating fear of a totally unknown, unpredictable future. 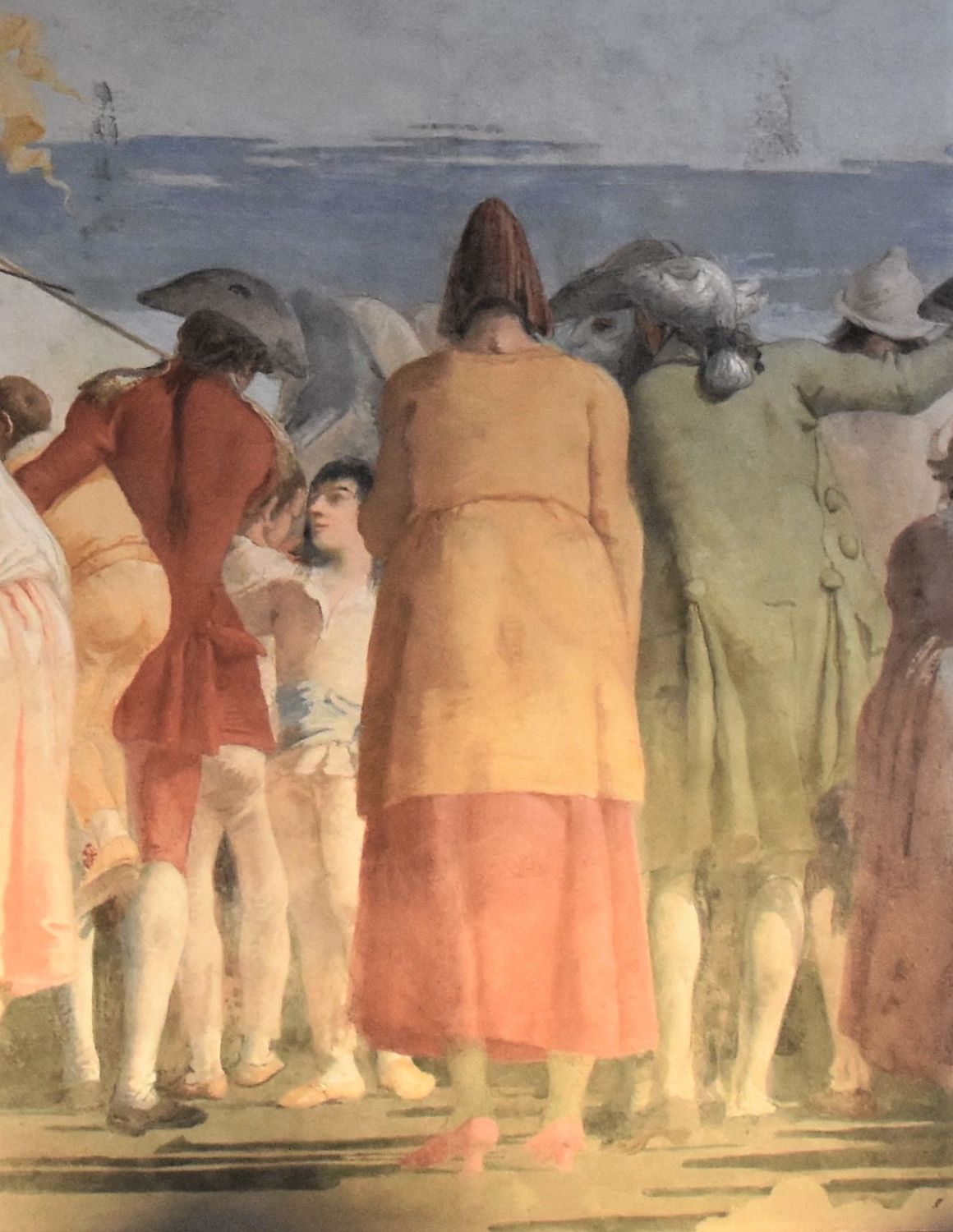 “The New World”, detail with the coarse figure

In this masterpiece one single mask is represented: Pulcinella.
May this be the symbol that stands for the future as imagined by the artist? Who knows… 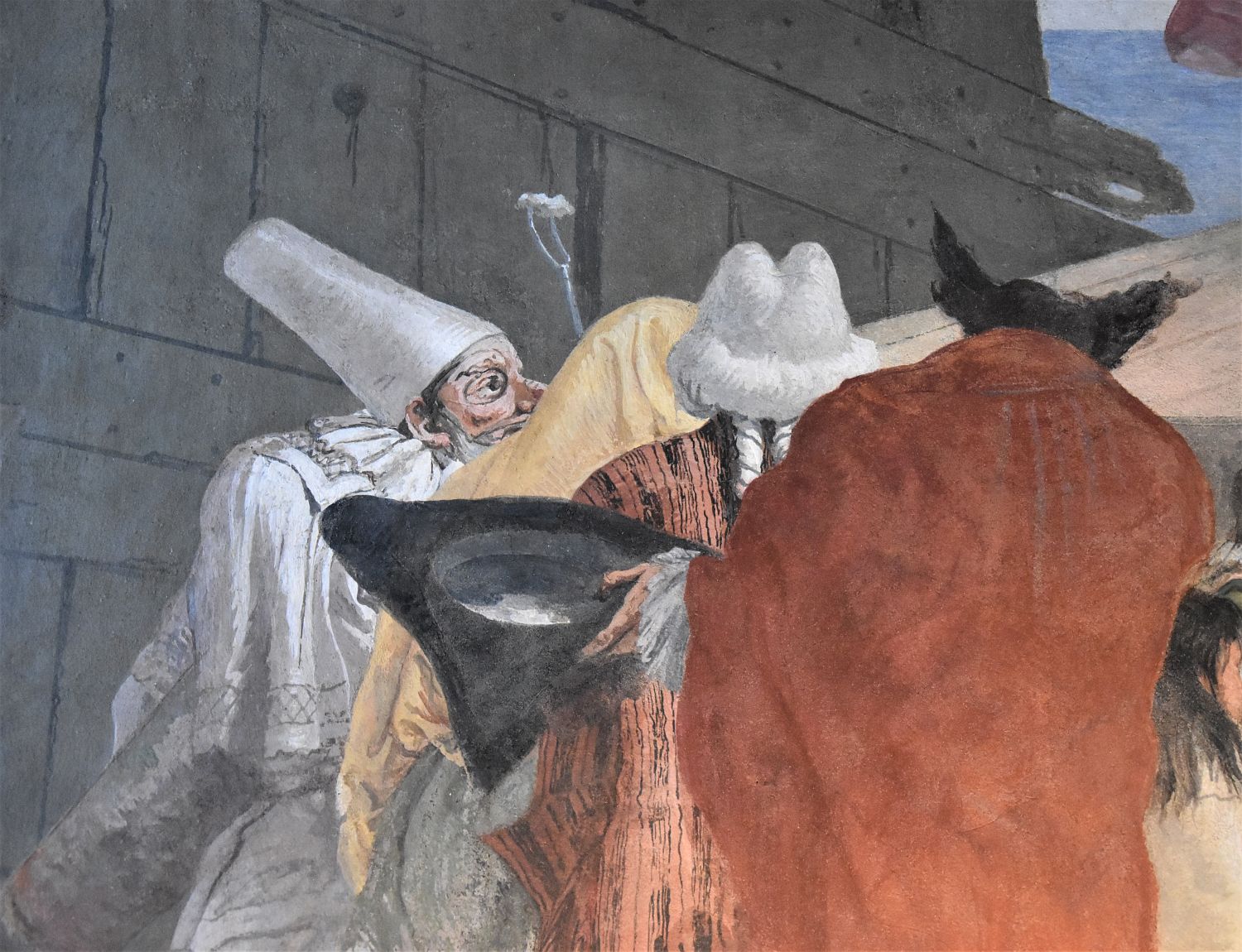 “The New World”, detail with Pulcinella

Skepticism and piteous commiseration, both severe and filial, towards those that are waiting in line, are exemplified by the two profile figures, who probably represent Gianbattista and Giandomenico Tiepolo, father and son, the only two characters that seem to fully understand the crisis of their city, of their generation. 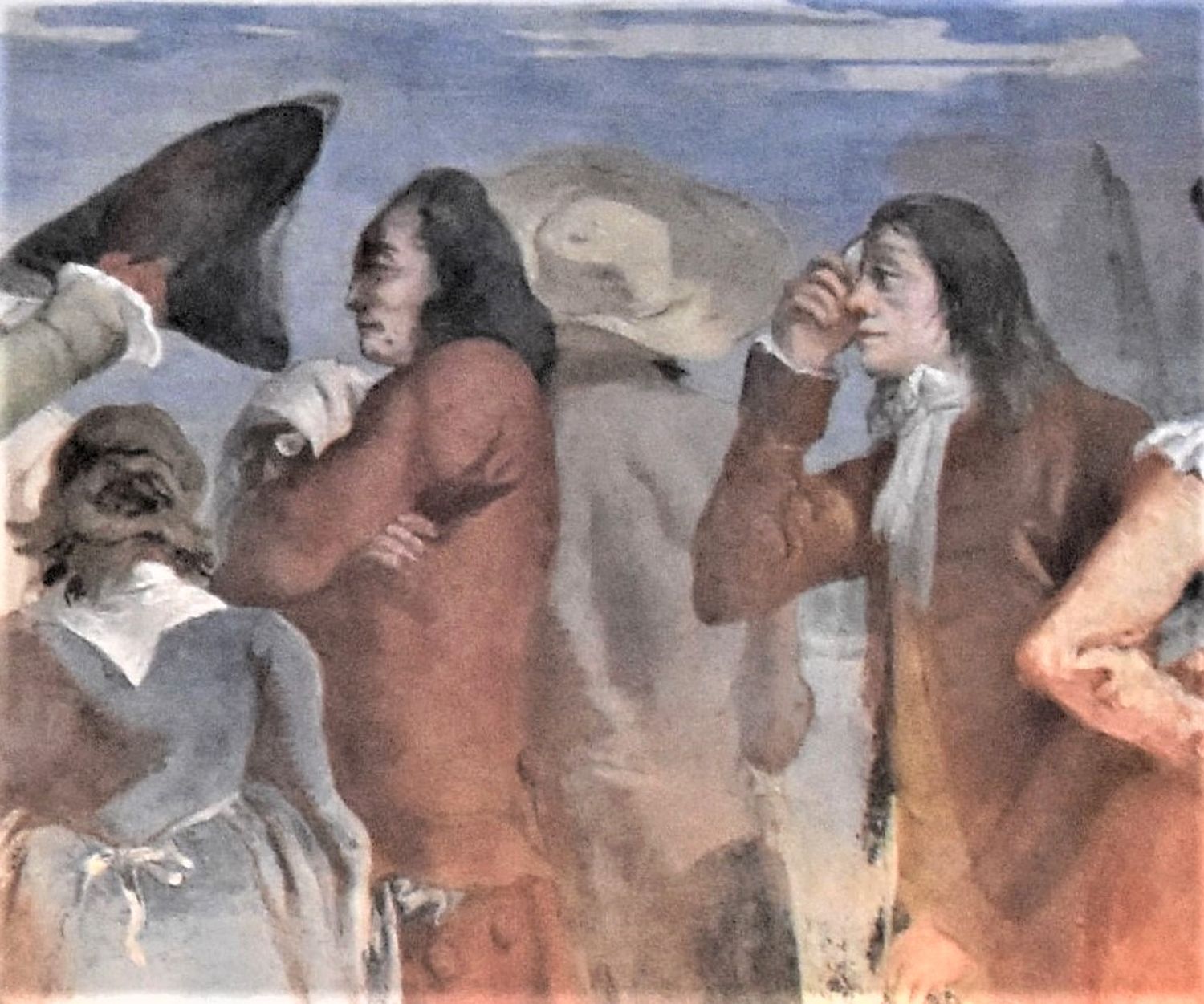 “The New World”, detail with the two Tiepolos

The chromaticism of the fresco reflects the fall of an age. The colors are quite dull: creamy, beige, orange, and even the blue of the sea, beyond which we can find the wonderful new world, is opaque…
Let us stop living an illusory reality: this is what Giandomenico seems to be screaming, and his scream resounds like a thunder in the deafening silence that pervades the scene.

Nonetheless, someone has tried to make this work of art a little lighter from the point of view of its significance, as to make it possible to let this painting out of Ca’ Rezzonico and join the 2020 edition of the Venetian Carnival: we are talking about Rossana Molinatti, the eclectic artist who, with her incredibly original and personal interpretation of “The New World”, along with the Pulcinellas also painted by Giandomenico Tiepolo, has given us the possibility of appreciating this work of art from a totally different point of view.